White House Envisions Tillerson Ouster From State Dept., to Be Replaced by Pompeo 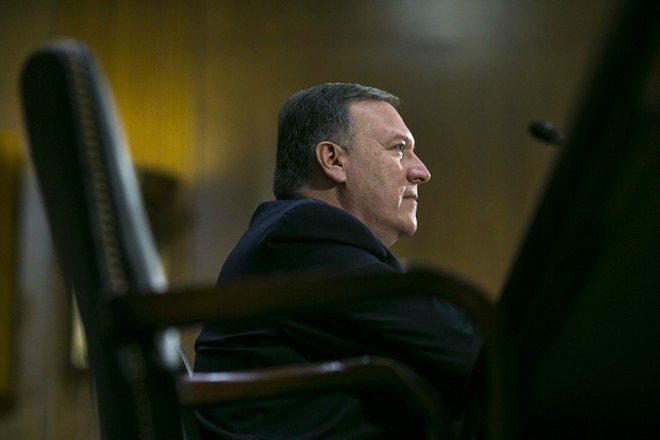 
WASHINGTON — The White House has developed a plan to force out Secretary of State Rex W. Tillerson, whose relationship with President Donald Trump has been strained, and replace him with Mike Pompeo, the CIA director, within the next several weeks, senior administration officials said Thursday.


Pompeo would be replaced at the CIA by Sen. Tom Cotton, a Republican from Arkansas who has been a key ally of the president on national security matters, according to the White House plan. Cotton has signaled that he would accept the job if offered, said the officials, who insisted on anonymity to discuss sensitive deliberations before decisions are announced.

It was not immediately clear whether Trump has given final approval to the plan, but he has been said to have soured on Tillerson and in general is ready to make a change at the State Department.

John F. Kelly, the White House chief of staff, developed the transition plan and has discussed it with other officials. Under his plan, the shake-up of the national security team would happen around the end of the year or shortly afterward.

The ouster of Tillerson would end a turbulent reign at the State Department for the former Exxon Mobile chief executive, who has been largely marginalized over the last year. Trump and Tillerson have been at odds over a host of major issues, including the Iran nuclear deal, the confrontation with North Korea and a clash between Arab allies. The secretary was reported to have privately called Trump a “moron” and the president publicly criticized Tillerson for “wasting his time” with a diplomatic outreach to North Korea.

Tillerson’s departure has been widely anticipated for months, but associates have said he was intent on finishing out the year to retain whatever dignity he could. Even so, an end-of-year exit would make his time in office the shortest of any secretary of state whose tenure was not ended by a change in presidents in nearly 120 years.

Pompeo, a former three-term member of Congress, has impressed Trump during daily intelligence briefings and become a trusted policy adviser even on issues far beyond the CIA’s normal mandate, like health care. But he has been criticized by intelligence officers for being too political in his job.