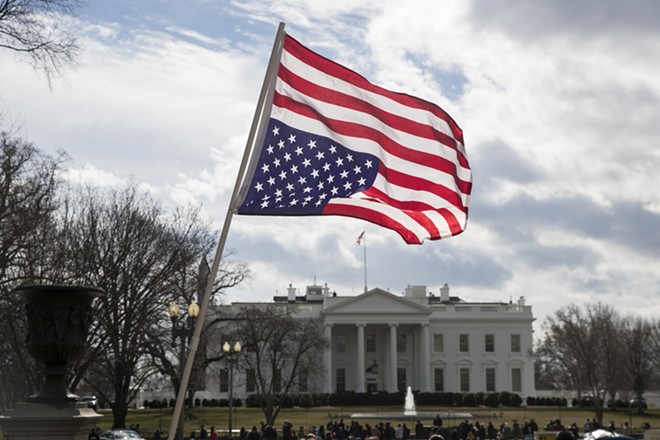 Sarah Silbiger/The New York Times
An upside-down American flag in front of the White House in Washington, Feb. 18, 2019.
ON INLANDER.COM

NATION: While much of the retail sector is collapsing, Amazon is strengthening its market position in ways that could outlast the pandemic — and raise anti-trust concerns.

NEWS: Idaho's Tommy Ahlquist – a former emergency room doctor and the co-founder of Crush the Curve Idaho — argues that the state is ready to gradually reopen its economy.

A tale of two cities
Seattle's leaders largely let public health experts take the lead in the early days of the COVID-19 outbreak. New York's did not — and the state logged a death rate that was six times higher than Washington's. (New Yorker)

Continued distance
Dr. Deborah Birx, the White House's coronavirus task force coordinator, said during a Sunday interview that some form of social distancing will remain in place through the summer. (Washington Post)

Pressure cooker
Governors across the nation are feeling pressure from all sides to both reopen their economies but also keep their populations safe. (New York Times)

Bad numbers
Republicans fear a Democratic takeover of both the White House and the Senate due to the collapsing economy, President Donald Trump's handling of the COVID-19 pandemic, and unfavorable polling. (New York Times)