Seattle rapper Grieves still has a voice, and it's only going to get bigger 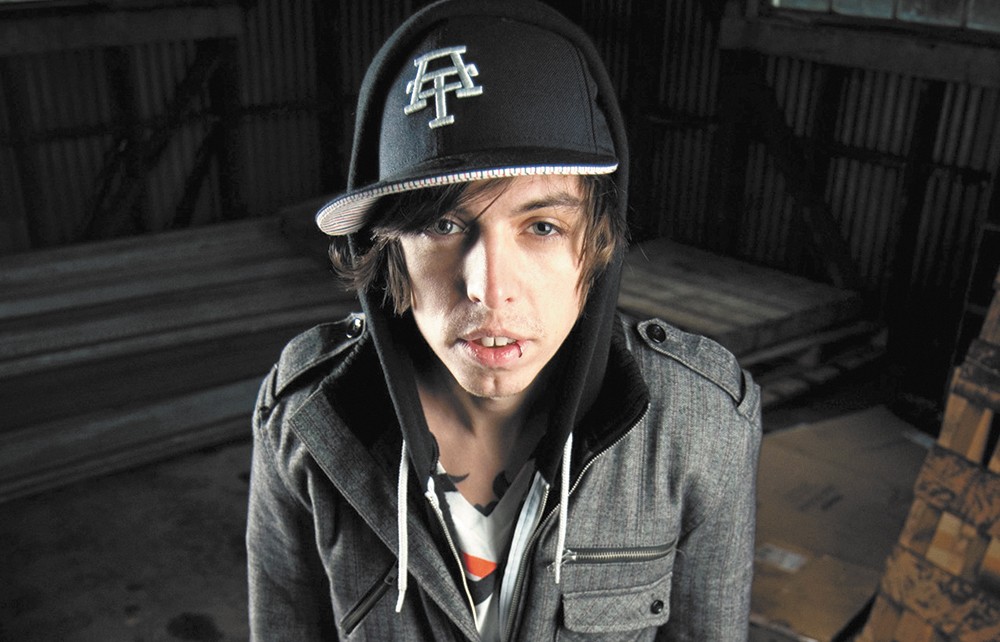 Grieves is a whole lot more than just another white rapper from Seattle. Monday, he proves that after years of not playing in Spokane.

Benjamin "Grieves" Laub was terrified when he first saw his pink, fleshy vocal cords last week on a big screen.

"They look like the Predator's mouth minus the fangs, or an alien vagina — I couldn't tell if they were looking good or not," Laub says.

Concerned he had wrecked his voice on the Midwest leg of his current tour, Laub went to a doctor to get checked out. After crying and nearly choking on a skinny camera they lowered down his throat — "the nurses probably thought I was a pussy," he says — the medical professionals told him his cords appeared normal.

With nothing left to do but continue on, he got back into the black passenger van with its big, black trailer and continued toward Cincinnati. That's where he is when he picks up the phone to talk to the Inlander.

"I'm tired, but this is what I'm used to and what I'm good at," says Laub, his voice sounding strong.

The music he's touting is straight out of the Northwest — he's chosen to make Seattle his home — but it's the Minnesota hip-hop scene that really influenced him. As a kid growing up in Chicago and Colorado, Wu-Tang Clan was everything, but then he heard artists like Brother Ali and Slug, who talked about things other than the gangster lifestyle. Now on Rhymesayers Entertainment, the label started by Slug, his style is more labored, a slower pace to get the words out pronounced perfectly, powered by bluesy electronic beats. He tells stories of survival and redemption. Love, too; he's a sucker for a love song.

The 30-year-old MC is especially notable in that he actually sings his own soul-infused hooks — some helped by Auto-Tune, others unaided. He says he still gets nervous singing in front of people.

"Incorporating the singing in a not very scary way was a tough balance at the beginning," he says. "It's gotta be casually done."

On his new album Winter & the Wolves — which reached No. 57 on the Billboard charts and was co-produced with B. Lewis rather than Budo, whom he did two albums with — the blend between rapping and singing flows freely, never sounding contrived.

It's been a few years since Laub has played Spokane; he brings his band and light-filled road show to the Bartlett next week.