Who's who in Idaho's gubernatorial Republican primary race

Each of the three men are intent on cutting tax reform (though to varying degrees) and mud slinging. The TV attack ads have been flying this year. Read more about them below: 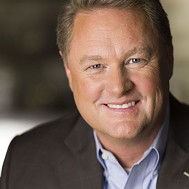 Background: A former emergency room doctor who's now a businessman and developer. Ahlquist is a first-time candidate and recently earned endorsements from two young, prominent Trump supporters including Candace Owens, an African American YouTube commentator who is critical of the Black Lives Matter movement.

Focused on: Improving the environment for small businesses and making health care cheaper for families. In a video on his campaign website, Ahlquist says he is in favor of reforming Medicaid by making the program more "personally accountable for those who receive it, and also putting limits on those monies that are spent."

Criticized for: Flip-flopping, donating money to Democrats (though he's donated more to Republicans) and spending millions on attack ads with false or misleading claims. From the debate stage recently, Rep. Raúl Labrador pounced on Ahlquist's failure to say whether he'd sign a bill punishing women for having abortions. Ahlquist had previously said he would support such legislation. 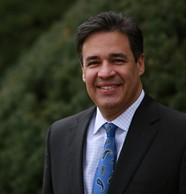 Background: A four-term congressman, co-founder of the House Freedom Caucus and a Trump supporter, who grew up in Puerto Rico and later became an immigration attorney.

Focused on: Slashing nearly $1 billion in state taxes by eliminating "loopholes," defending Idaho's right to define marriage within the state and combating Medicaid expansion in Idaho. Labrador said he would consider working against the will of Idaho voters if, in November, they pass an initiative to expand Medicaid in the state.

Criticized for: Being an ineffective congressman and perhaps too far right. An ad paid for by an Ahlquist-backing PAC, claimed that Labrador has not sponsored any bills that have become law. Actually, three of Labrador-authored bills have become law, as have 18 of his co-sponsored bills.

Background: An Idaho native, a rancher and former state senator currently serving as Idaho's lieutenant governor. As the grandson of the "sheep king of Idaho," Little is filthy rich. Recently disclosed financial assets are valued between $12 million and $24 million in 2016, according to multiple news reports.

Focused on: Lowering taxes as the state's revenue continues to grow, reforming the education system, including raising teachers' starting salaries, and reforming Idaho's health care system. Little and Otter co-signed an executive order directing the state's insurance department to sell cheaper plans that do not meet Obamacare requirements. It's unclear whether the order is legal because Obamacare's mandatory coverage of essential health benefits such as maternity care and mental health is still in place.

Criticized for: Attack ads accuse Little of voting to raise taxes, taking a steady pay raise and slurping up more than $100 for per diem — all of which are technically true but with caveats. For example, Little has no control over his salary increases. The Legislature handles that. Also, Little has spent 17 years in Idaho politics and some argue that he represents an entrenched establishment — the opposite of "draining the swamp."

OTHER GOP CANDIDATES FOR IDAHO GOVERNOR

Focused on: Combating political correctness and becoming president of the United States. During a 2014 gubernatorial debate, as two cigars peeked out of his breast pocket, Brown exclaimed that he had been chosen by God to become "Commander in Chief." He has a notarized letter from a bishop in Kenya to prove it. This governor thing is just practice.

Criticized for: His foul mouth, bigoted humor and most recently multiple threats to kill (like, actually murder) a Boise radio host. Brown sent two emails to the station, the Idaho Statesman reports, with the subject lines "die m——- f——-" and "death wish and mental health hazard." Police investigated the threats and Brown was not charged, according to a Boise Police Department public information officer.

Background: A single father and Army veteran who now works in a wastewater treatment plant in Boise.

Focused on: Getting money and corruption out of politics, defending gun rights, making health care more affordable. Cannady also supports same-sex marriage as well as a private business' right to refuse service to gay people. He says Gov. Butch Otter's decision to spend taxpayer money to fight same-sex marriage was "stupid." Cannady has not taken a single contribution because he does not want to be beholden to any special interests, he says.

Criticized for: Not much. Cannady's campaign is mostly word-of-mouth, and he hasn't been invited to any debates, so no one's thrown him much shade. Cannady says he has never run for public office.

Background: Was defeated in the 2014 and '16 Republican primaries for seats in the U.S. House.

Criticized for: Marie says she hasn't spent much time campaigning but has spent a total of $992.72 on hotels, gas and a handful of posters, although she's reported no contributions or expenditures as of December 2017, according to her financial disclosure report filed with the state. Marie says she attended the recent March for Our Lives rally, though not because she supports gun law reform. "We don't have a gun control problem. These things are being staged so that people can live in fear and have to give up their guns," she says referring to mass school shootings.

Background: Originally from Ventura, California, Pankey ran as a Republican for Idaho lieutenant governor in 2010 and lost. Pankey also ran unsuccessfully as a Constitution Party candidate for Idaho governor in 2014. He described himself during that campaign as Idaho's only openly gay gubernatorial candidate.

Focused on: Lowering taxes, scrapping Common Core education standards and clamping down on immigration. Pankey wants to do away with Idaho's income tax and ween the state off of federal funds. "When the federal government isn't giving you money, it's harder for them to micromanage the great state of Idaho," he says during an interview with InterMountain Christian News posted to YouTube.