He kills bad guys for a living. Now he's mentoring another hit man. Stuff gets blown up. 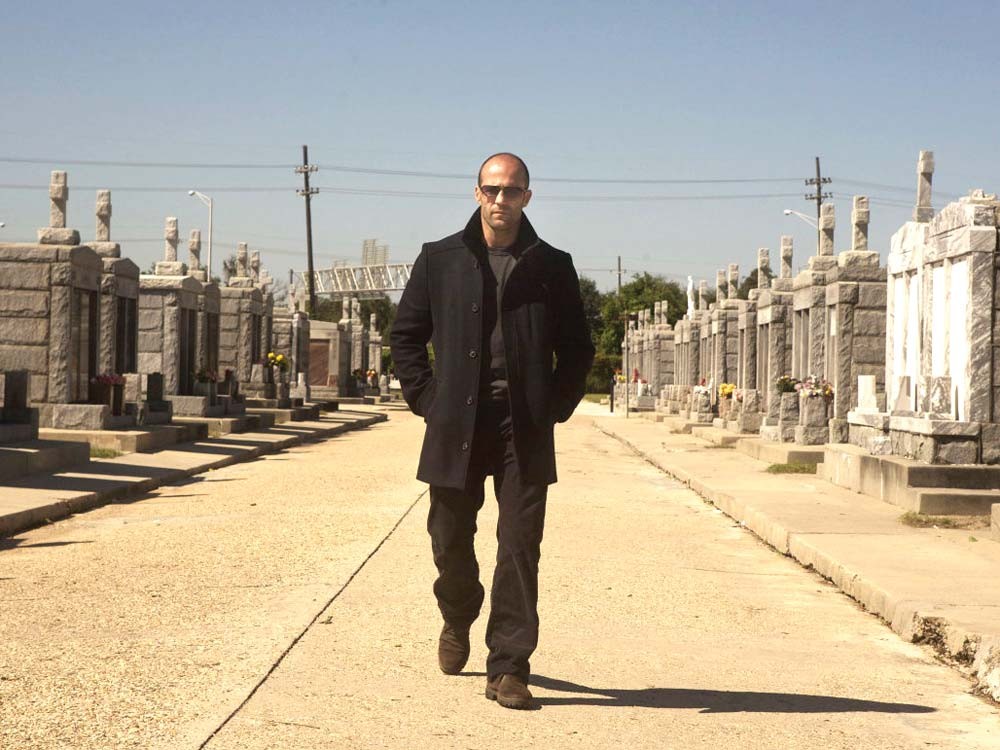 These tombs? He filled most of 'em.

Finally a Hollywood remake that actually improves the original! Those old enough to have seen The Mechanic when it was released in 1972 will likely recall it as a good ol’ Charles Bronson action flick — the one about the hit man (Bronson) that takes an uppity young guy (Jan-Michael Vincent) under his wing to teach him the business.

Maybe it was good in its time, but the original doesn’t stand too tall today. I saw it for the first time a few weeks ago. Oh, it’s violent and the innovative script has some pretty good twists. But the workmanlike direction makes it feel flat.

So let’s give a hand to the folks who decided to retool it, contemporize it, and, while at it, up the violence factor and put lots of money in the explosions budget — and do it right.

The film opens with a great set piece showing that Arthur is the best at what he does, brilliantly taking out the heavily guarded target that he was assigned.

The script, which borrows honorably from Lewis John Carlino’s original, lets us know from the start that Arthur works for an ethical organization: They kill only the worst of the bad guys. That first hit, for example, is on a Colombian drug lord.

Then we meet Arthur, a cultured fellow who lives in a beautiful home, drives a gorgeous car, and enjoys listening to Schubert — on vinyl!

Arthur knows Steve because he had a long working relationship with Steve’s father, Harry (Donald Sutherland in, alas, a brief role). Steve also knows what Arthur does for a living. He turns to him initially for some advice, then asks to learn the trade.

Arthur, who knows the killing business, sees something in Steve’s blank, staring eyes that, against all reason, persuades him to say yes.

The film stays with their relationship, resulting in an insightful character study of lonely teacher and lost student — how they work together, how they become a sort of rogue team.

Statham, best known for his stints in the Transporter series and his recent work as one of the “young” guys in The Expendables, plays Arthur here much the way Bronson did: He doesn’t have a lot to say. Foster, who should have been Oscar-nominated for The Messenger, continues to impress by communicating with his expressive face and eyes as much as he does with his dialogue.

The violence here is plentiful, but it’s more explosions and head-butts than flowing blood. And the film features probably the best fistfight we’ll see this year (unless another Bourne movie comes out). It’s between Steve and a big, heavy, dog-loving guy named Burke (Jeff Chase).

Some viewers are going to praise the ending; others will hate it. Who knows? It could lead to one of those philosophical discussions about the kind of remakes that Hollywood is making these days.