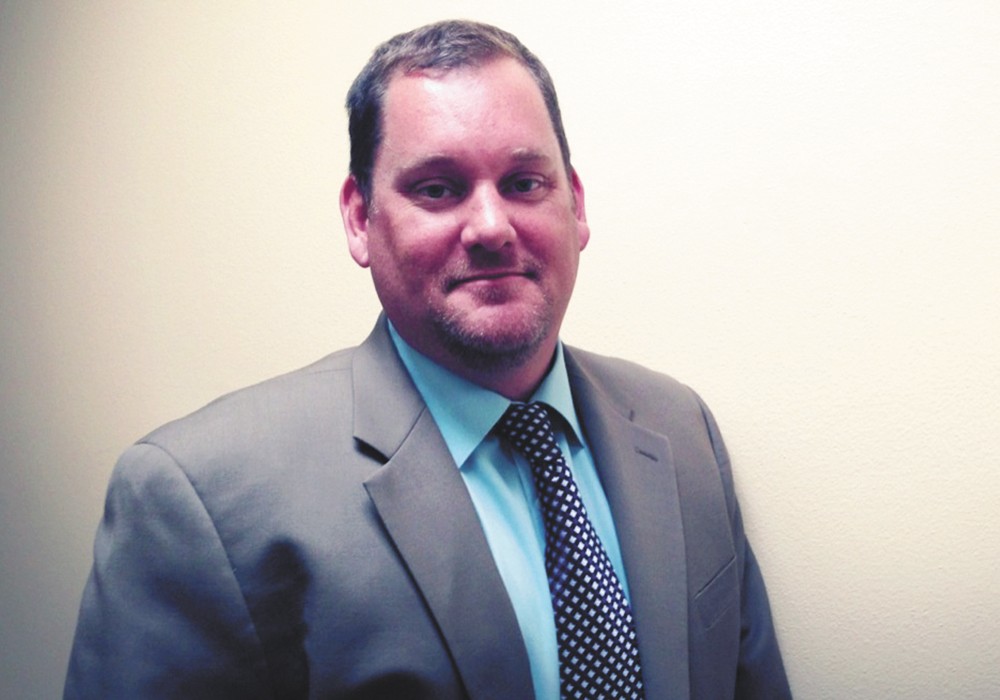 Attorney Robert Mitchell was sanctioned for trying to "bully" a debt collection agency.

attempt to collect a debt: a letter, followed by a few more.

Then the phone calls came: 149 of them to Gregory and Catherine Rose, a Stevens County couple who, facing bankruptcy, had stopped making payments on their Kohl's department store credit card in 2010.

Five years later, the debt has been resolved, but the attorney who helped the Rose couple finds himself in trouble of his own.

The attorneys for the collection agency succeeded in convincing an appeals court to make the rare move of leveling a $11,416 sanction against Robert Mitchell, who represented the Roses, for conduct that included trying to "bully" the attorneys for FMS, Inc., a Tulsa, Oklahoma-based company trying to collect the $843 debt.

Typically, debt collectors are accused of using strong-arm tactics, and the ruling raises concerns that even fewer attorneys will defend debtors.

"It was kind of incomprehensible that it got to where it got," says Alan McNeil, who formerly led University Legal Assistance, a Gonzaga University program that provides low-cost legal services. "I don't see what [Mitchell] did that was out of the ordinary."

McNeil, who filed a brief in support of Mitchell, says that the collection industry often prevails with weak claims against debtors who lack an attorney to challenge them. He's concerned that attorneys for a collection company spent five years pursuing sanctions over a case that was triggered by a debt of less than a thousand dollars.

"Let's be clear. We won the case; we did nothing wrong," says John Smith, president of FMS, who is adamant about defending his firm's reputation.

The court's ruling comes at a time when consumer debt collection has become a multibillion-dollar industry that critics say has become increasingly aggressive and unscrupulous. In Washington state and elsewhere, there are a lack of attorneys willing to defend impoverished and debt-ridden clients in these cases. Now, McNeil and others are concerned that the sanctions against Mitchell could have a chilling effect on attorneys considering defending debtors.

In the past two decades,

the debt collection business has become bigger and bolder. According to the Federal Trade Commission, revenue generated by the industry has increased more than sixfold since the 1970s. That growth, according to the FTC, was facilitated by consumers taking on more debt, and by the large-scale buying and selling of that debt, an industry sea change that occurred in the 1990s.

As the industry has grown, so have the number of consumers ensnared in it. Last year, a report from the Urban Institute concluded that a third of American adults have a debt collection in their credit records.

If a consumer doesn't respond to collection letters or phone calls, the collector can file a lawsuit that can result in garnishment of the debtor's wages. According to April Kuehnhoff, staff attorney at the National Consumer Law Center, defendants in the cases are rarely represented by an attorney, making them sitting ducks.

Scott Kinkley, a staff attorney for the Northwest Justice Project, says that debt collection companies, aware of the lack of representation for defendants, will purchase large volumes of debt and then file as many as tens of thousands of lawsuits against debtors annually. Collection companies, says Kinkley, are told that some information surrounding the debt is inaccurate, but it's up to the debtor to challenge it in court.

"The model is sue everybody, and [debtors] are supposed to come tell the court if it's wrong," says Kinkley.

Some cases, he says, aren't supported by basic documentation and would crumble if they were challenged by a lawyer. But in Washington, he says, very few attorneys (only 10 that Kinkley is aware of) take these kind of cases despite the high need, because they involve representing debt-saddled clients and are unlikely to be lucrative. The industry, he says, wants to discourage consumer attorneys from taking these cases, and they're winning. Last year, the state Supreme Court issued a ruling that made it harder for attorneys representing debtors to collect fees if they prevail against a debt collector.

Mitchell, a former Marine, took his first debt collection case eight years ago representing a single mother who didn't actually owe anything. Mitchell won the case, and since then has focused his practice on consumer protection.

"A lot of times [debt collectors] are just looking for the smaller fish in the pond, and when they get a letter from me, it just goes away," says Mitchell.

In 2010, less than four years after starting his own practice, Mitchell volunteered to represent Gregory and Catherine Rose, friends from his church. But this case didn't just go away.

The couple were facing bankruptcy

and had stopped making payments on their Kohl's credit card. With late fees, the debt ballooned, and FMS started making phone calls to the Roses in March 2010, calls that would total 149 over a six-week period, according to court documents.

The following month, Mitchell contacted FMS, alleging that the phone calls broke federal and state laws intended to prevent harassment by debt collectors. He threatened to file complaints against the company with the Washington Attorney General's Office and Department of Licensing unless they settled for $5,000. FMS' attorney made a $500 counteroffer.

When they couldn't reach a deal, Mitchell filed suit against FMS and began demanding that the company fork over documents and that its president come to Stevens County to be deposed. In a series of emails a judge described as "didactic," Mitchell suggested that the company's lawyers were committing an ethical breach by delaying the case, urging them to settle before it became "prohibitively expensive."

"I am more than happy to engage in litigation with FMS," Mitchell writes in one email. "However, it may behoove you and FMS to seriously consider ceasing gamesmanship regarding this case. This is not my first rodeo."

That October, Steven Stolle, an attorney then with the Seattle firm Martens + Associates representing FMS, refused in an email to send the company's president to Washington for a deposition, as demanded by Mitchell. In an email, he wrote, "I find your constant belligerence [sic], threats, and attempts to dictate and lecture me tiresome, grossly unprofessional and flat unacceptable."

The next month, a trial court judge dismissed the Roses' lawsuit. Nobody disputed that they were in debt, but because they didn't have the documentation to prove they met the legal definition of being in "default," they didn't qualify for legal protections. Mitchell says he could have appealed, but the Roses wanted to move on.

Martens + Associates didn't want to move on. In February 2011, the firm moved for sanctions against Mitchell, alleging that the lawsuit was "frivolous." It further alleged that Mitchell made a "blatant attempt to thwart" the defense's efforts to gather evidence, made misrepresentations of fact and attempted to "bully" FMS into a settlement.

Initially, a trial court granted the sanctions, which included a $70,546 penalty. In 2013, Mitchell successfully appealed the sanctions. But Martens + Associates took their case back to the appeals court, which issued a 92-page ruling last week reinstating the sanctions but reducing the fee to $11,416.

Mitchell says that as an inexperienced attorney, he made mistakes and "offended a judge." He says he'll pay the penalty, although he disputes some of the court's conclusions. Mitchell also adds that going against debt collectors means playing hardball.

Smith, president of FMS, stresses that his company treats debtors with respect and tries to work with them while going to lengths to follow the law.

"I don't know how we would have won if we were bullies," he says. "What people can't get past is if people don't pay their bills, the economy won't survive." ♦