Why Vince Neil is the frontman we secretly crave. 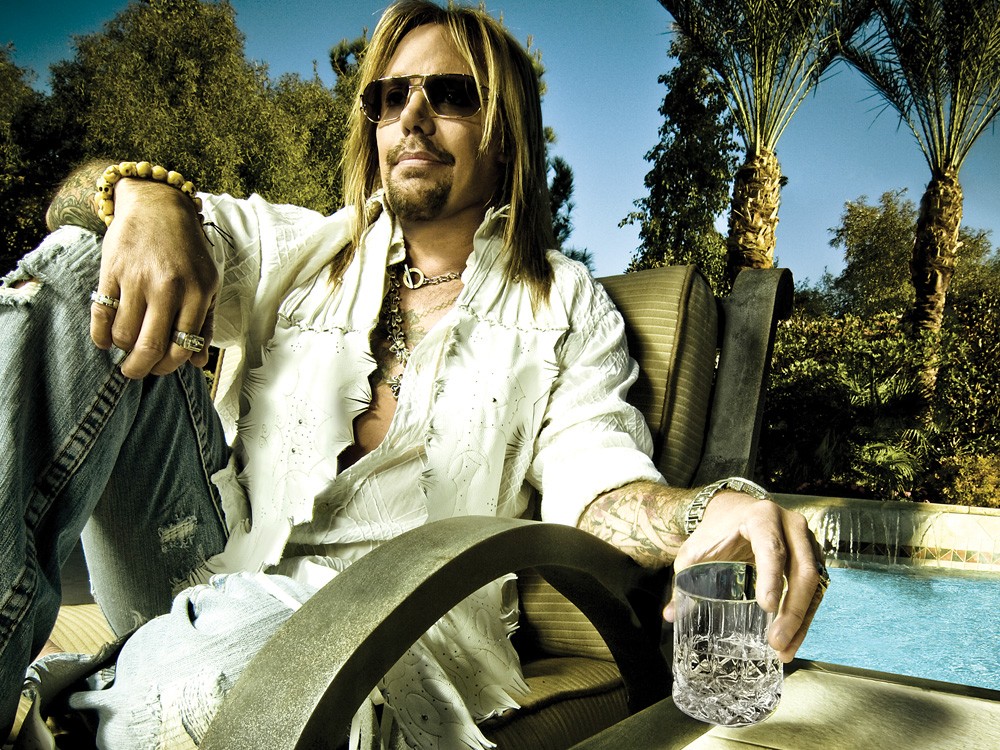 Vince Neil: the greatest frontman ... ever?

Think about all the characteristics of your ideal rock ’n’ roll frontman. You’re thinking of Motley Crue’s Vince Neil, aren’t you? So, is Vince Neil the greatest frontman ever?

Heavens, no. There have been a myriad of more talented performers who were better singers and who made superior music. But that’s not the point. In fact, the argument here has almost nothing to do with music. Rather, Neil embodies more of the stereotypical characteristics of the rock frontman than any of his peers. In this sense, he is the pinnacle, a measuring stick by which we compare all other rock frontmen. Just look at all the categories he covers in the rocker checklist:

Bad-Boy Mentality: At its peak, Motley Crue was the walking, breathing definition of boys you wouldn’t want to take home to Mom. Tattooed, troublesome, and legitimately destructive (proof: countless hotel rooms), the band and Neil terrorized each city they swung through. But, amazingly, Neil is making debauchery pay off. Today, he owns a Vegas tattoo shop, his own vineyard, a tequila line, and he founded his own poker tournament and a chain of three bars called Dr. Feelgood’s Bar and Grill. Check.

Womanizing: According to the Motley Crue biography, The Dirt, Neil may be one of the few souls to approach Wilt Chamberlain’s illustrious claim of laying 20,000 women, often making his way through five or more groupies after each show. Failed marriages to mud wrestlers and Playboy playmates also score him points. But really all you need to know is Neil was Motley Crue’s chief lothario despite being in the band with Tommy frickin’ Lee. Check.

Booze & Drugs: While Motley Crue was a volatile cocktail of every substance imaginable, Neil was always an alcohol guy. Numerous empty bottles and empty trips to rehab were left in his wake. Check.

Showmanship: To be an elite frontman, one needs the ability to run around and fire up any crowd. This is why frontmen who play guitar or bass don’t compare. In his heyday, Neil could strut with the best of them. Check.

Rivalry: An underrated aspect of frontman lore. The singer needs rival bands in order to elevate his standing. Not only did Neil and Co. have a beef with Poison, who they viewed as an inferior and fake version of Motley Crue, but he also feuded with Axl Rose. After a confrontation backstage at the 1989 MTV Video Music Awards, Neil famously and publicly challenged Rose to a boxing match. Rose never accepted. Check.

Internal Band Struggle: Be it McCartney and Lennon, or Morrissey and Marr, it’s hard to be an elite frontman if you aren’t at odds with your bandmates. Neil took it far enough to briefly get fired from Motley Crue because of his spats with Nikki Sixx. Check.

Still, many a frontman has achieved in those categories. But there are many reasons why other top singers are inferior to Neil in the archetypical comparison:

Mick Jagger: While Jagger arguably got the formula in question started with the Rolling Stones, his aging into a revered and very professional figure undercuts his standing. He’s now an artist who does tribute performances on the Grammys and makes records with Joss Stone. He’s become an insider. Part of the machine. Respected. Neil can’t claim such status and instead maintains the more scrappy and rocking role of the disrespected. Neil for the win.

Bon Scott: As much of a wild child as AC/DC’s original frontman was, he wasn’t around for AC/DC’s peak (Back in Black to “Thunderstruck”). He never shook arenas all night long. Neil for the win.

Robert Plant: Led Zeppelin’s howlin’ frontman got into some legendary hijinks (sometimes including fish), but Plant also claims to have been fairly light on the drug intake, favoring marijuana and the occasional Quaalude to anything really edgy. But above all else, would Neil ever release a duet album with a bluegrass artist like Plant did with Alison Krauss? Neil for the win.

David Lee Roth: Perhaps the greatest threat to Neil’s frontmanliness, Van Halen’s Roth makes for the most natural comparison to Neil. While Roth is undoubtedly the more charismatic of the two, he lacks the edge that Neil has. There’s no real sense of danger in play when Diamond Dave is around. Additionally, Van Halen was able to achieve success without him in the form of the dreaded “Van Hagar.” The Crue couldn’t do it without Neil. Neil for the win.

But Vince Neil isn’t perfect. Two things keep him from checking all the archetypal frontman boxes:

He never almost OD’d: Neil did his share of substances with Motley Crue, but his bandmates Tommy Lee and Nikki Sixx stole his near-overdose thunder. (Most notably when Sixx actually died only to have a few adrenaline needles to the heart kickstart him.) This ultimate test of pushing the limits without crossing them is not among Neil’s accomplishments.

He’s alive: As morbid as it sounds, this is the real thing keeping him from setting the stereotypical rock frontman bar to an unreachable level. Live young and die fast is the rock star credo, but surviving and thereby releasing more music of diminishing returns hinders a frontman’s ability to vault into a legendary immortal status.