Recall your favorite memory from childhood. What would your child-self have to say about it? 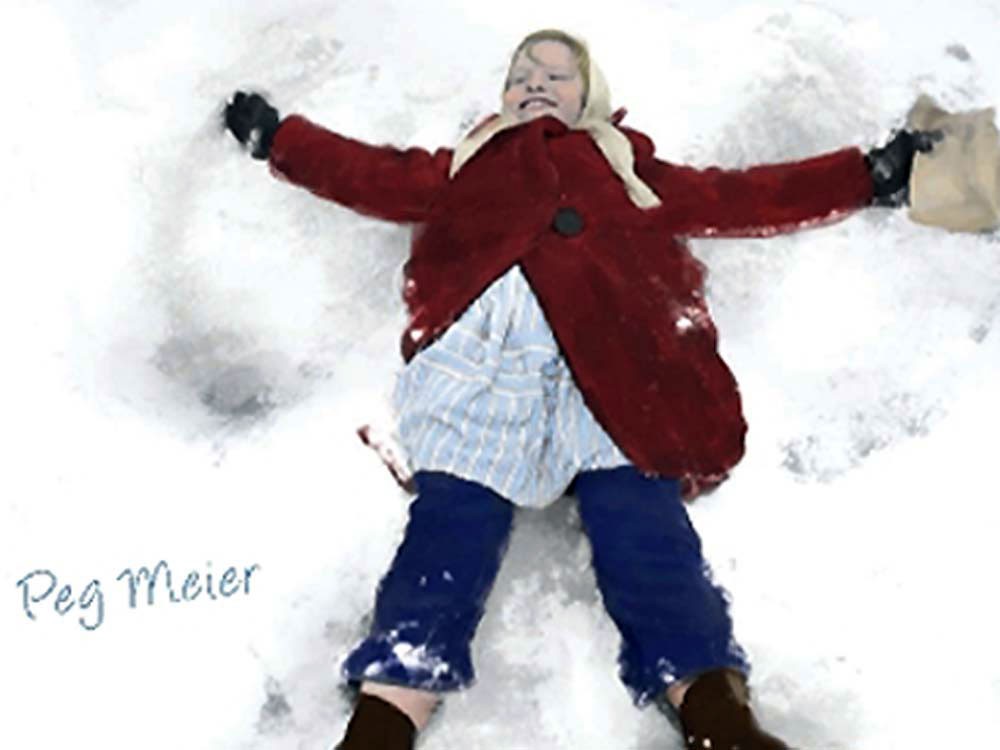 Wishing for a Snow Day by Peg Meier

Remember that cat you grew up with? And what it was like to get an unexpected day off from school? And how scary it was when Dad was stationed at an army base far away?

The way you recall childhood experiences now may not tally with the way you would have talked about them then — years ago, back when you were actually experiencing those events.

That gap — the one between a child’s and an adult’s perspectives on the same events — is what drives Peg Meier’s Wishing for a Snow Day. Meier has done a lot of digging around in papers and photos at Minnesota historical societies. She found a surprising amount of decades-old information about — and from — children who’d kept written accounts of their lives. What she discovered was, she says, “two entirely separate worlds” — childhood, and the reminiscences of adults looking back.

And while most of us may remember childhood fondly, for some kids, childhood was best forgotten.

In the second half of the 19th century and into the 20th, child abandonment was common, and orphans were sometimes treated like dogs; in fact, Humane Societies originally tended to both. Attitudes toward children were such that many considered kids to be merely small adults with adult-like abilities: Meier found, for instance, an account from 1892 in which a 12-year-old boy arrived in Minneapolis from Norway. He’d made the voyage alone and was supposed to meet his family there. They were never found.

Meier writes most, however, about luckier children, for whom swimming in a lake was a summertime ritual and snow was more than something to shovel. She writes about an era when fruit made excellent Christmas gifts, little boys didn’t wear long pants until age 9, and “orphan trains” pulled into town regularly. It was a time when children were shielded from talk of war, facts of life, and sometimes, their actual date of birth.

While most of Wishing for a Snow Day is set in Minnesota, the memories from childhood like these are universal. It’s a book that speaks to all generations.