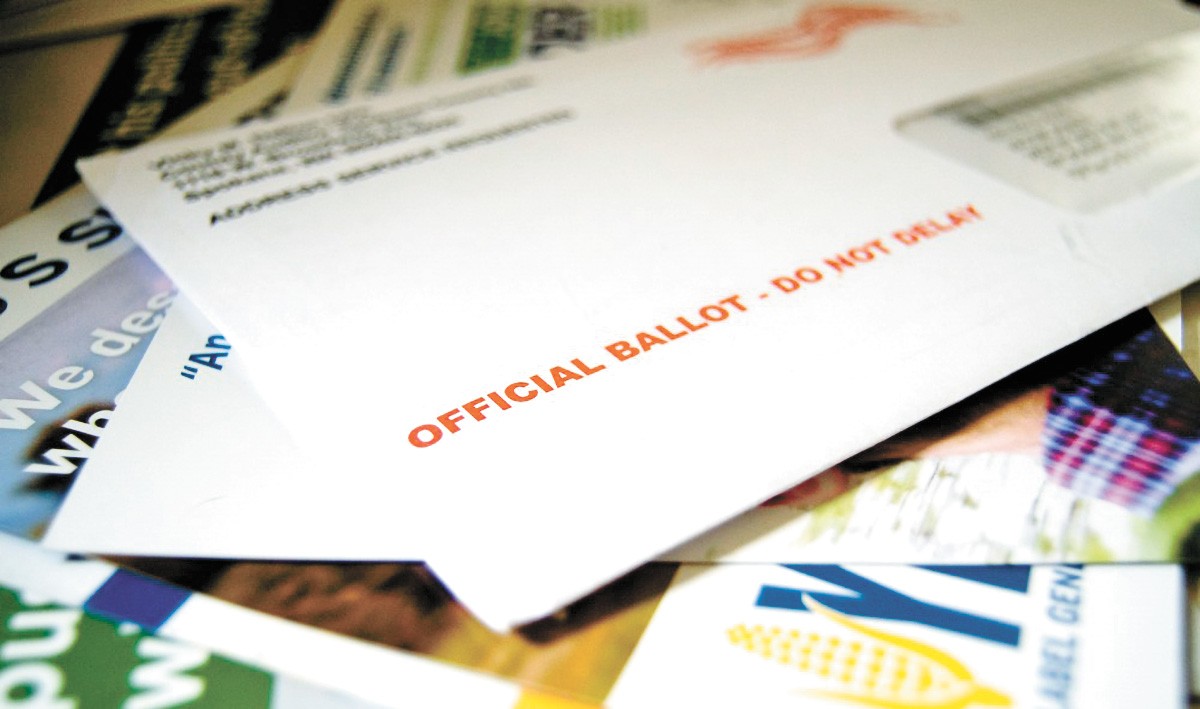 While most presidential elections see about 82 to 84 percent voter turnout in Spokane County, Auditor Vicky Dalton says they expect this year's turnout to break records.

The Nov. 3 General Election is fast approaching, but there's still time to register to vote and to vote early in what is sure to be not only a massive turnout for the presidential election, but also a slightly different year than usual for many voters.

Throughout the year, COVID-19 has changed elements of voting around the country with social distancing concerns. This spring, Idaho election officials scrambled to conduct the presidential primary entirely through absentee ballots that are mailed out to voters and returned by mail or dropped off at an official location. In a normal year, those absentee ballots go out to a small fraction of voters who request them, while most Idaho voters appear at in-person polling stations designated by where they live.

But with concerns about the spread of the virus, Idaho got an early taste of what Washington has been doing for more than a decade, as the whole state operates its elections by mail.

Now heading into the November election, Idaho will see in-person voting open again, but with far more voters than usual receiving their ballots by mail.

With this in mind, here's information on last-minute voter registration, how to track your ballots, and how to vote early in the Inland Northwest.

REGISTER TO VOTE
In Idaho, people have until Oct. 9 to register to vote online at idahovotes.gov. Or a registration form may be filed with elections offices by that day. Voters must have a valid Idaho driver's license to register online, or fill out a form with their ID number or last four digits of their Social Security number, along with their address and stating they've lived in Idaho for at least 30 days before the election.

People who miss the Oct. 9 deadline can still register on Election Day by bringing in a photo ID and a "current utility bill, bank statement, government check, paycheck or government document that shows your name and address" before being allowed to vote at the polls.

In Washington, people have until Oct. 26 to register online at myvote.wa.gov or by submitting paperwork with their local election office by that day. Online registration requires a Washington driver's license or ID, while the print form similarly requires the last four of a Social Security number short of ID information, along with the voter's address.

Washington voters can also register until 8 pm Election Day if they do so in person, although that is technically the cutoff time for voting and waiting until the last minute is highly discouraged.

While most presidential elections see about 82 to 84 percent voter turnout in Spokane County, Auditor Vicky Dalton says they expect this year's turnout to break records.

Understandably, with concerns about social distancing and the extremely large turnout expected, election officials throughout the Inland Northwest urge people to register as early as possible, and to vote early, too.

ABSENTEE/MAIL-IN BALLOTS
By now, most Washington voters are used to receiving their ballots in the mail. But this election, many will see those ballots arrive a week earlier than usual, as Secretary of State Kim Wyman urged county officials to get ballots out faster to avoid undue delays through the postal system.

Washington ballots must be postmarked by Nov. 3 or dropped off by 8 pm at an official dropbox that day (check with your local elections office for a list of locations). Typically about half the ballots received by officials come in the week of the election, Dalton says.

Election workers have to verify signatures and scan ballots before they can be counted, and anything arriving close to Tuesday, Nov. 3, is unlikely to be included in the first count released election night after voting closes.

"What we're figuring is if ballots come into us by Sunday night, then those ballots will probably be included in the totals that are released on Tuesday," Dalton says. "One thing you can stress over and over is to just be patient. States certify their elections on different days. When you sit down for Thanksgiving dinner with your family, that's about the time you can really look at the totals."

That's confused some voters who've called in to Bonner County insisting they never signed up for an absentee ballot, explains County Clerk Michael Rosedale. Bonner was able to mail out most absentee ballots three weeks ago, Rosedale says, with about 12,000 ballots going out in a county with roughly 25,000 registered voters.

"The biggest [concern] we've had is people say, 'I didn't request an absentee ballot,' but in fact they did, and we have it on record back in May, because they had to," Rosedale says.

The deadline to request an absentee ballot in Idaho is Oct. 23. Unlike in Washington, Idaho absentee ballots need to be physically received by election officials on Election Day, meaning those who mail theirs in should do so with ample time.

While in-person polls will be open again, with safety measures including gloves, masks and hand sanitizer, Rosedale asks that those who requested an absentee ballot use that to vote.

MORE INFORMATION
For more information on voter registration, tracking the status of your ballot, or to request a replacement ballot Washington voters may visit myvote.wa.gov and Idaho voters may visit idahovotes.gov.

President Donald Trump has at times this year encouraged his supporters to try to test the safety net of their election systems by trying to vote by mail and in person, but election officials warn that voting twice is a felony and it has been prosecuted in both states.

Electronic poll books will track if an absentee ballot has been received by a voter in Idaho, so a poll worker won't be allowed to issue a ballot to that same person, Rosedale says.

"And everybody knows voting twice is a felony, and our prosecutor is not hot on people messing with the system," Rosedale says. "The risk/reward is vastly on the risk side to try and do that for one vote."

If voters haven't received their mail-in ballots by Oct. 22, they should contact their local election office for a replacement.

EARLY VOTING
Most states are encouraging voters to cast their ballots early if at all possible.

In addition to sending in ballots by mail sooner than later, early in-person voting stations are available.

Idaho voters can go to their elections office in person between Oct. 19 and Oct. 30 to vote.

Kootenai County Chief Deputy Clerk Jennifer Locke notes that voters won't be able to vote at the election office on Nov. 3, but should go to their respective polling place to do so. However, absentee ballots will not be able to be dropped off at those polling places and should be dropped off at the box at the election office at 1808 N. Third St. in Coeur d'Alene.

In Boundary County, early voting will start even earlier on Oct. 13, at the Clerk's office in the Boundary County Courthouse at 6452 Kootenai St. in Bonners Ferry.

Ballots may be dropped off at a box there during daytime hours, explains Cherry Grainger, elections director for Boundary County.

"We're telling people, 'You know, if you're not sure about the mail system, you can drop off your ballot here at ballot boxes outside,'" Grainger says. "We have a gentleman always outside whenever the ballot boxes are outside." ♦

The original print version of this article was headlined "Voting By Mail, Voting Early"

The shadow of election denial hangs over Spokane elections