With spring training underway, one Seattle fan reflects on a season lost before it even starts 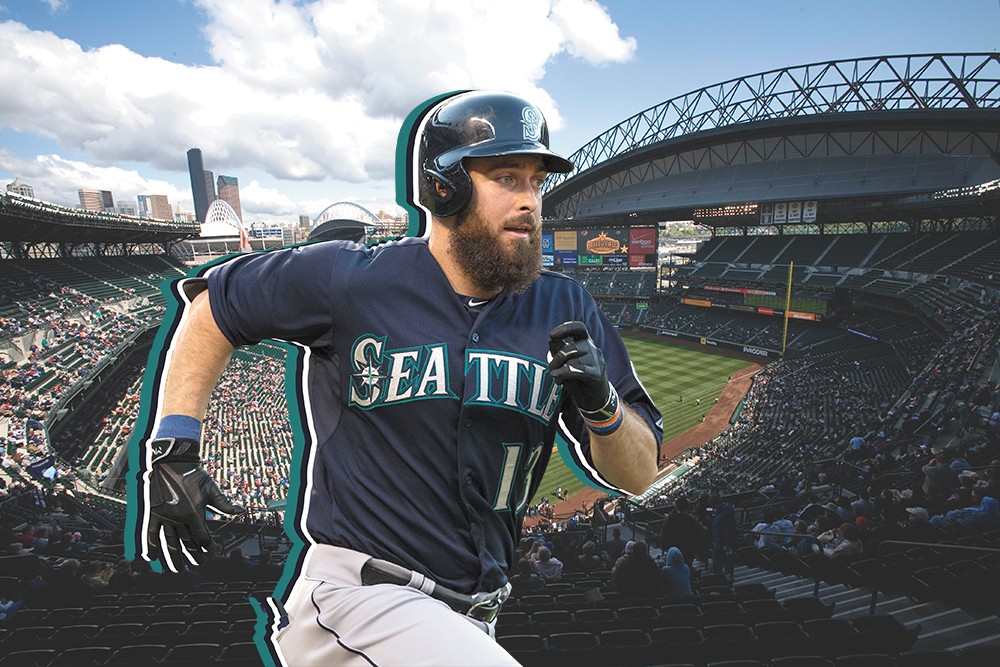 Being a Mariners fan is painful, but worse than that, it's liking the pain, and worse still, it's liking the pain even though it's not even cool in a sadomasochistic way like the film Secretary. Being a Mariners fan requires faith, but not a faith in some Chicago Cubs-style long sought after triumph but exactly the opposite, a Kierkegaardian leap of faith into the void. It's a faith in the act and process of failure, in the beauty of lumber swinging back and forth aimlessly.

Deep down, in my bones, I know for a fact the Mariners will not only never win a World Series, but they won't even make one.

That's why the Mariners bringing back Dustin Ackley is absolutely perfect.

It's been a hard offseason to be a Mariners fan. They traded away most the roster and all of its charm, discharging everything likeable about the team except an aging, speedy, tiny man named Dee Gordon who spent most of last season with his feet broken.

A year ago they had a rotation anchored by James Paxton, a goofy middle-aged man in a 30-year old's body, a guy with an overwhelmed smile who just happened to toss 97 with a nasty breaking ball. He threw a no-hitter! Now he's a Yankee.

And the Mariners' best pitcher is now Gonzaga's own Marco Gonzales, which would be funny if anything about Marco Gonzales could possibly be funny, or interesting, or likeable. He seems like the kind of person who says their favorite food is Chipotle. And you might ask, what does he like at Chipotle? What does he get? But the answer would be so numbing you wouldn't dare ask, because the look on his face when he composed his answer would haunt you in the middle of the night when you've already had a Sleepytime Extra and a Benadryl and some whiskey you can't actually afford. (Chicken — the answer is chicken.)

There's more. They had a Hall of Fame second baseman who fielded in handsome slow motion and a lanky closer who chortled the ball home with more late break than any Mariner since the Big Unit. They're gone. They're all gone.

We've been here before. The Mariners traded away Randy Johnson because his back was a liability and then he won the next four Cy Youngs. In a row.

The Mariners traded away Ken Griffey Jr. and then they threw piles of cash at A-Rod, who left anyway for the more bigsome cash piles of Texas. They traded Ichiro and then they brought him back and made him retire midseason and now they're bringing him back again for just two games, the two games the Mariners will play in Japan to open the 2019 season. How nice.

With all of these moves, the experience of being a fan was akin to leaning into the void. Maybe there is some ailment of Late Capitalism that might explain the satisfaction one can feel in knowing the Mariners ought to lose, some total rejection of meritocracy and neoliberal free market possibility. The Mariners have their place in the hierarchy. The Mariners cannot win.

When I moved to Spokane in 2015 I went to an Indians-Everett Aquasox game and watched the M's top prospect fall down trying to field a flyball. Then I watched him do it again.

I saw our best pitching prospect take the mound, and I leaned over to my partner and mouthed something about how he was Brazilian, wasn't that cool? And she said, "His breaking ball doesn't break much."

Those players, Alex Jackson and Luiz Gohara, were the last of a batch of prospects from Mariners' ex-general manager Jack Zduriencik's regime, which ended just as the wildfire smoke set upon the Inland Northwest that summer. Jackson and Gohara represented the end of hope, the last in a long line of disasters that began with Dustin Ackley.

When Dustin Ackley emerged from the bus lanes of the minor leagues he immediately thrived, and then, after an offseason of digesting his success while the sports talk radio egos made phallogocentric assertions (phallogocentric assertions about Dustin Ackley, about his future framed by skyways and domed hovercars), he failed gloriously. He came up to the plate with bags under his eyes and an anxious scowl that asked the pitcher to get it over with. He did that for several years, and then he vanished as all failed ballplayers do, into the mist.

Now he's back! This winter, the Mariners signed Dustin Ackley to a minor league contract.

In practice, that means he'll show up to spring training, toss some balls around, and begin the season in Tacoma with the Rainiers. But what this really means is that the go-nowhere, "rebuilding" 2019 Mariners will at some point suffer an injury (see: Dee Gordon's broken feet) and Dustin Ackley will be back.

He will strike out, and turn a double play, and hit some singles. He might hit a home run and round the bases to little fanfare, like someone who stuck around their college town too long and totally sunk that beer pong shot!... but everyone else is sort of really creeped out and uncomfortable.

He will, at some point, notice the camera framing his bearded face and gaze with his blue eyes at and through the camera, and when he does that, despite the yawning void of colliding waves and particles that spans the gap between his face and the camera and the TV screen, you will be looking at yourself. ♦

Matt Greene is a fiction writer with warm feelings for mediocre players like Fernando Rodney and Logan Morrison. He has work forthcoming in Moss and Santa Monica Review.

The original print version of this article was headlined "On Pain, Dustin Ackley & the Mariners"

The Seattle Mariners flip the script over Wild Card weekend