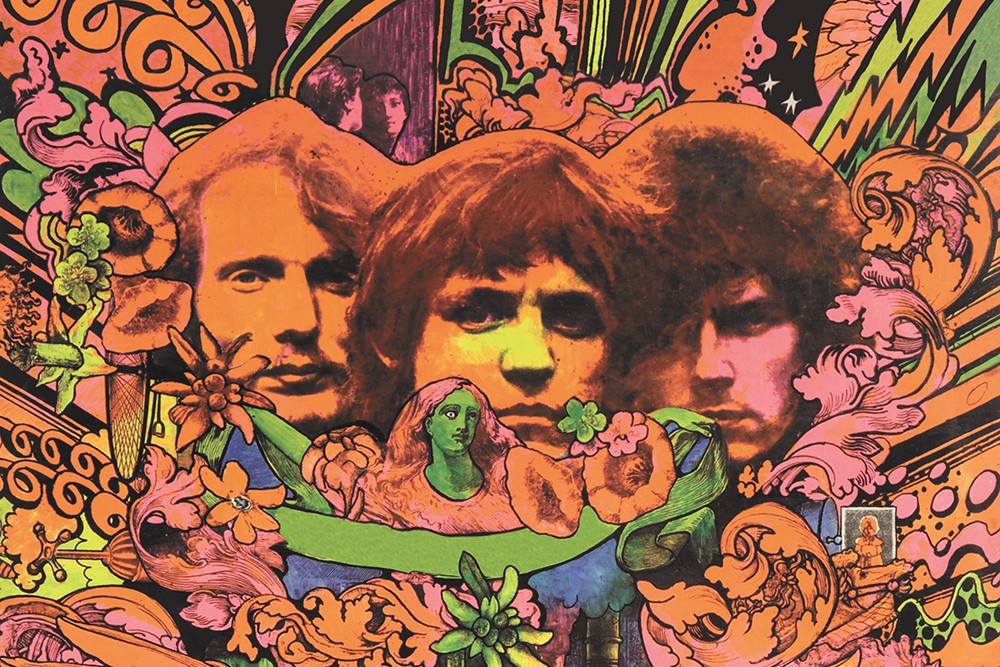 In the realm of musical supergroups, Cream is generally considered to be the first — and one of the best. The trio of drummer Ginger Baker, bassist Jack Bruce and guitarist Eric Clapton successfully fused psychedelia with blues-rock over the course of a couple years and four albums, and they remain a major influence on rock despite their short lifespan.

So it makes sense that they'd eventually inspire a tribute act, but the currently touring Music of Cream isn't a mere cover band. In fact, it's something of a supergroup itself: It features Kofi Baker, son of Ginger, on the drums, while guitar duties are taken by Will Johns, whose father Andy Johns engineered albums by the Rolling Stones and Led Zeppelin. His uncle also happens to be Eric Clapton.

Baker and Johns got together as the Music of Cream in 2017, and they first toured the states the following year. They were originally teamed with Glenn Hughes of Deep Purple and renowned blues guitarist Robben Ford — "They wanted to hedge their bets and be sure they sold tickets, because we were kind of unknown," Will Johns tells the Inlander — but the rock 'n' roll relatives have since become the headliners and play alongside musicians Sean McNabb and Chris Shutters.

The quartet performs all of those great Cream songs — "Sunshine of Your Love," "Badge," "I Feel Free," "Strange Brew," "White Room," "Crossroads" — and more. It's the logical conclusion from Johns' adolescence, when he taught himself guitar while listening to the greatest-hits compilation The Cream of Clapton on his Discman over and over again.

"We're all really, really excited about this tour," Johns says over the phone as he walks down Seventh Avenue in New York City. "We just can't wait to get out there and rock the audiences and give them what they need."

Just a few days prior, Johns and Baker had performed as part of a star-studded, Clapton-hosted tribute to Ginger Baker, who died in October. The event also featured (among others) the Rolling Stones' Ronnie Wood, Pink Floyd's Roger Waters, and Steve Winwood, and Johns is still buzzing from the experience.

"It all seems like a dream," Johns says. "It was the highlight of my career, albeit under somewhat sad circumstances."

At the same time, he says, the concert had a loose, inviting feel, even if he and Baker were rubbing elbows with artists that influenced their own styles of playing.

"Having the kind of life that both Kofi and I have had, we're not easily impressed by people by how big a star they are," Johns says. "We're more impressed by how they are as a person. And everybody involved in that concert, they're really good human beings. There wasn't any sort of opportunity to be completely starstruck, although it was slightly nerve-wracking to play with people like Eric on that level.

"I didn't want to mess it up. But I didn't. And at the concert, I found I was less nervous than I thought that I might have been. It all just seemed very natural."

The band's upcoming Spokane show will feature two separate sets of songs: The first will be a front-to-back performance of Cream's great 1967 album Disraeli Gears, and the second is a collection of other Cream hits mixed in with songs from Blind Faith, another Clapton-Baker project, and Clapton's solo career. The music is complemented by "psychedelic imagery with a contemporary slant," Johns says, mixed with photos and video from their own archives.

It's obviously a personal endeavor, because not only is the show a tribute to Johns' and Baker's late relatives and family friends, it's a way of keeping their music alive.

"We've been lucky in that we've been able to interpret the music our way. We're not like copycat guys," Johns says. "That's been a freedom within playing this music. As it's progressed, it has become not a responsibility or a burden but definitely a legacy to continue. And obviously we've proved that we're the guys to do it." ♦

Speaking of ROCK , The Bing