Of the many pleasures ripped away from us in 2020, one of the most glaring was the inability to experience live music. It's almost difficult to remember what it's like to be shoulder to shoulder with a roiling crowd, belting along to a classic anthem.

Over the past year, we've been revisiting our most beloved concert albums in an attempt to recapture those feelings, and we're running down some of those LPs here. We're trying to avoid the most obvious titles: No one needs to be reminded how great the performances are on Stop Making Sense or Johnny Cash's At Folsom Prison or Nirvana's Unplugged. Rather, we're picking personal favorites that we replay again and again when we need a reminder of why we love a good show.

NEIL DIAMOND
Hot August Night
When I was a little kid, my parents would disappear about once a year to a Neil Diamond concert, and my sisters and I would laugh and laugh at how uncool they were. Guess who's laughing now? Naturally, the parents' taste for overwrought, cheesy pop perfection sunk in, and I became an unabashed Neil fan around the time in college I stole a giant VHS box of this legendary live album/concert film and stuck it as the "star" on the top of my Christmas tree. Diamond has released several live albums, but this is the one worth visiting on repeat. It's packed with the big hits ("Solitary Man," "Sweet Caroline," "Girl, You'll Be a Woman Soon"), it sounds great, and the album cover is hilarious. Just look at it! When it comes to live-album comfort food, it's hard to get much more sugary sweet than ol' Neil. (DAN NAILEN)

ANI DIFRANCO
Living in Clip
Despite her big-and-growing following, I'd never really heard much Ani DiFranco until a friend dragged me to a show at the University of Montana in 1996. I was immediately gobsmacked by her energy, guitar playing and hilarious between-song banter. This live double-album arrived a year later, and I jumped on it. It serves as a fine reminder of the best songs from her first seven albums, and manages to capture the loose, fun vibe of her shows at the time, playing with a tight trio lineup. More importantly, songs like "Shameless," "Gravel" and "Untouchable Face" just slay. Rolling Stone called Living in Clip one of the essential recordings of the '90s, and they ain't wrong. (DN)

fIREHOSE
Live Totem Pole EP
When D. Boon died in 1985, his bandmates in the Minutemen could have quit playing music, so devastating was the loss of their childhood buddy. But when a fan from Ohio named Ed Crawford showed up in Southern Cali and convinced bassist Mike Watt and drummer George Hurley to continue, fIREHOSE was born. While the Minutemen made super-short punk songs rooted in jazz and lefty politics, fIREHOSE was more sonically sprawling, and became my favorite band as soon as I heard them. This live EP is a blast I return to often, a showcase of raw energy and the trio's great taste in cover songs (five of the seven tunes here). It starts with a furious take on Blue Oyster Cult's "The Red & the Black," includes killer versions of old bands (Wire, Butthole Surfers), then-new crews (Superchunk) and a totally unexpected dive into rap thanks to Public Enemy's "Sophisticated Bitch." (DN)

THELONIOUS MONK QUARTET & JOHN COLTRANE
At Carnegie Hall
In the summer of 1957, two jazz greats — pianist and bandleader Thelonious Monk and saxophonist nonpareil John Coltrane — began playing together at defunct New York club the Five Spot, a residency that lasted through the end of the year. Of all their live gigs, only two made it to tape: One is a fan bootleg taken surreptitiously at the Five Spot, and the other is a professional recording of a one-night stint at Carnegie Hall. That latter performance happened on Thanksgiving weekend 1957 during a benefit concert for Harlem's Morningside Community Center, with a lineup boasting Billie Holiday, Ray Charles, Chet Baker and more. The recordings of Monk and Coltrane's set were locked away in a vault at the Library of Congress until Blue Note Records released them on CD in 2005, and listening to it now still feels like eavesdropping on two jazz greats at the peak of their form. (NATHAN WEINBENDER) 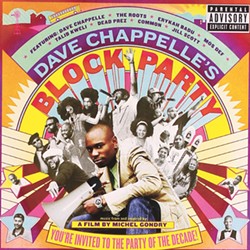 VARIOUS ARTISTS
Dave Chappelle's Block Party
Itching for a summertime music festival? Check out the 2006 live album Dave Chappelle's Block Party, which documents the comedian's takeover of his Brooklyn neighborhood with a daylong concert featuring a bunch of musical heavy hitters. The lineup included then-rising stars like John Legend and Kanye West, alongside a bevy of R&B and hip-hop legends like Black Star, Common, Jill Scott and the Roots. But I'm burying the lede here, because the major get of the night was hip-hop trio the Fugees, who reunited for a one-off gig and stole the show. There's one big drawback to the album: The Fugees' set, as well as Chappelle's stand-up interstitials, are nowhere to be found. Luckily, there's an accompanying film, directed by Michel Gondry, that contains all of it. (NW) 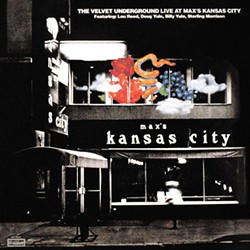 THE VELVET UNDERGROUND
Live at Max's Kansas City
The long-shuttered New York hangout Max's Kansas City was a haven for just about every outsider artist of the '60s and '70s, and among the cadre was the hugely influential art-rock band the Velvet Underground. They performed there so often they were practically mascots for the place, and Live at Max's Kansas City captures frontman Lou Reed's final gigs with the group, recorded before a tiny audience in the summer of 1970. The Velvets went famously unnoticed during their brief lifespan, and it's crazy to hear a now-idolized band performing now-classic songs to scattered, mostly disinterested applause. The audio quality is, admittedly, not the best — you can even overhear the crowd's idle chatter in between songs — but listening to it is like really being there, witnessing an important moment in rock 'n' roll history with people who had no idea. (NW) ♦

Sounds of the 2022 Spokane Scene