Canton might have the best Chinese food in the Panhandle. 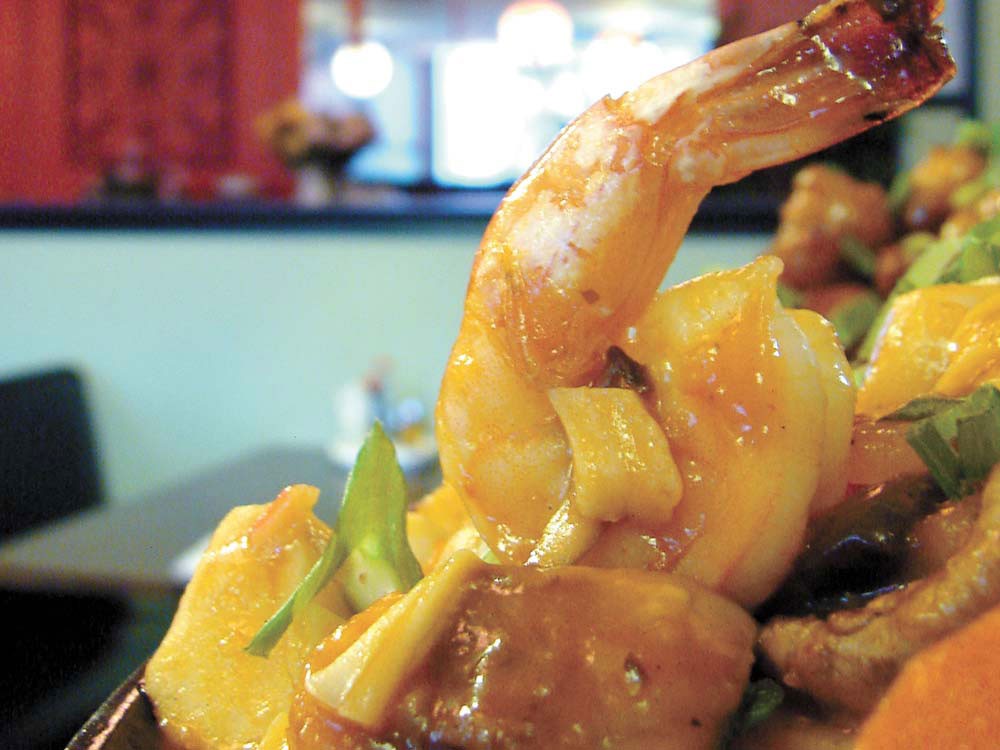 We love it when our readers respond to The Inlander, especially when they’re gentle with criticism and generous with suggestions.

So when two devoted North Idaho Chinese food fans e-mailed comments on our “Kung Pao Smackdown” (8/25/10), saying that we’d missed the boat by passing up Canton Chinese, we had to go.

So here we are reviewing the place. The readers were right: Canton, we daresay, offers the best Chinese food in the Panhandle. (Let the reader comments begin!) In addition to Mr. Meat-and-Potatoes, I was joined by No. 1 Son, who has spent 13 years in area restaurants, most recently at Syringa Japanese Café & Sushi Bar. When he worked at a midtown pizza joint, he and his coworkers would often trade food with Canton. (There’s only so much pizza a person can eat, right?) It was their No. 1 choice for trades.

Easy to see why, just based on the menu. Appetizers include the usual — fried prawns ($9) and crab Rangoon ($6) — but also something called gam loo wonton, which is chicken, barbecue pork and shrimp with red sweet-and-sour sauce over fried wontons ($9). And kimchi ($5.25), a traditional Korean dish.

For our meal, we opted for spicy General Tso’s chicken ($9) and the Seafood Sizzling Rice ($12) recommended by No. 1 Son. Our carbs were taken care of by the combination fried noodles ($9.25), with shrimp, chicken, pork, onions, peapods, carrots, water chestnuts, baby corn and mushrooms in a not-too-oily sauce and garnished with bright green scallions.

The Tso’s chicken pairs batter-fried meat with a sweet hot sauce we ordered on the mild side. While at other restaurants we’ve experienced the over-battered, “where’s-the-beef?” moment with this kind of dish, Canton’s ratio of batter to meat was ideal, with plenty of meat cut into reasonable portions.

Our favorite dish was the Sizzling Rice, with tender scallops and the occasional appearance of crab, though the shrimp was not 100 percent fresh-tasting. It was served on a hot-plate bed of crispy rice, onions, carrots, mushrooms, peapods, water chestnuts, baby corn and Napa cabbage, with a sweet but not syrupy tomato-and-garlic sauce.

The vegetables in all the dishes told us plenty just by their bright appearance and crunchy texture, each type retaining its own unique flavor while adding to the overall heartiness of the dish in which it appeared.

None of the combination plates ($7-$8) or lunch specials ($6-$7) were terribly interesting, though they were reasonably priced (though sharing a la carte dishes is more our style). Regardless, based on our first Canton meal we’ll surely be back for a second.