Spokane is captured in a new poetry anthology 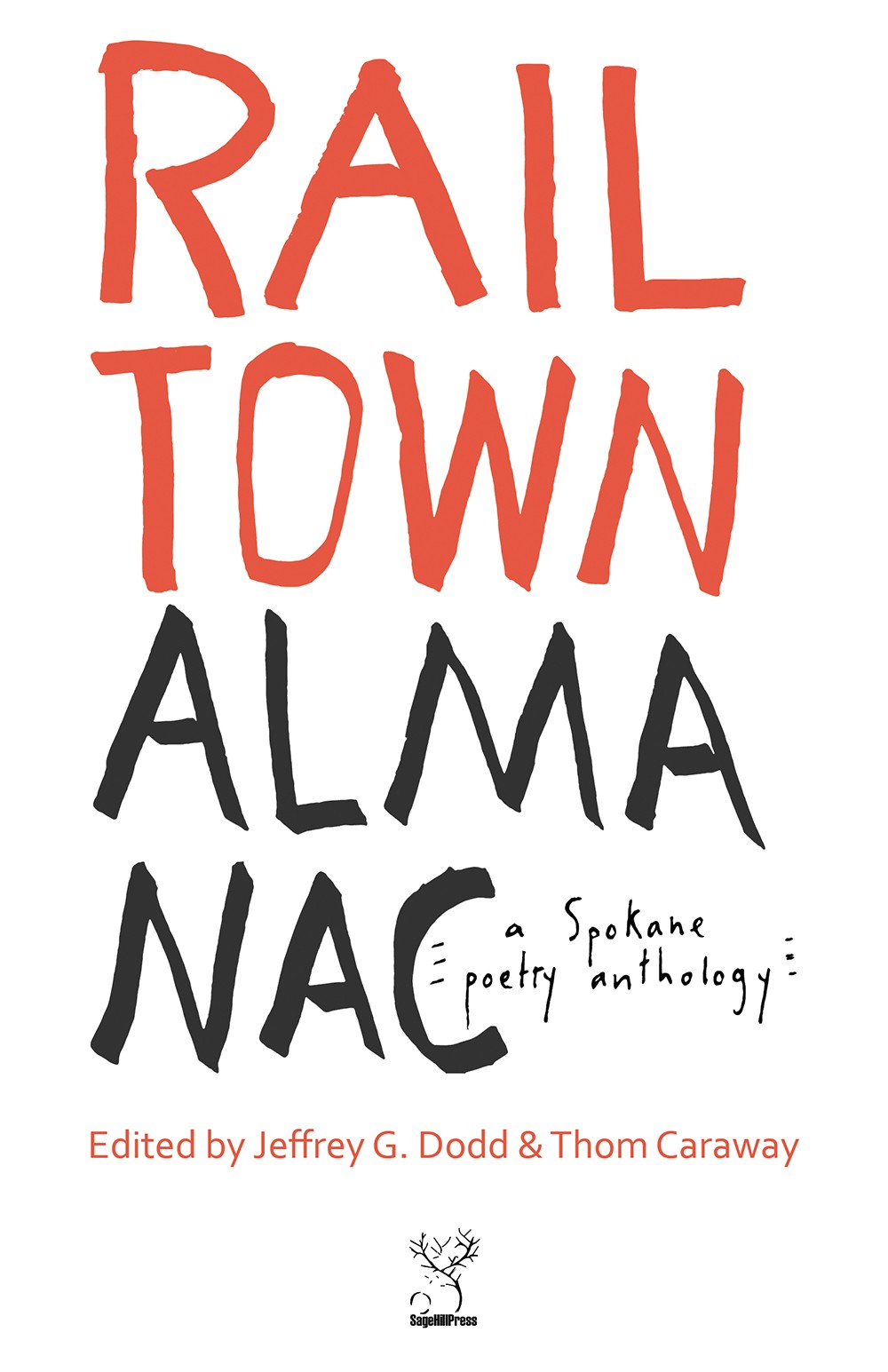 The fire burning in the Inland Northwest's writing scene

hasn't been exclusive to fiction. It's no secret anymore that the region is home to a plentiful number of local poetry writers and performers. That depth of local talent is largely what spurred Spokane Poet Laureate Thom Caraway, in collaboration with friend and fellow writer Jeffrey Dodd, to curate the forthcoming Railtown Almanac: A Spokane Poetry Anthology.

The 170-page collection was also inspired by the successes of two recent collections of regional prose writers: Spokane Shorties, released during this past April's Get Lit! festival, and Lilac City Fairy Tales, a collection of short works organized by buzzworthy Spokane writer Sharma Shields.

"We wanted something that featured only poets and only poems, though we certainly have prose writers in the collection as well," Caraway says. "It's a good cross-section of all the different kinds of poetry. That says good things about Spokane, that there aren't just many people writing poems, but writing good and different poems."

The launch of the collection comes a little later than Caraway and Dodd originally intended, during the first week of October as part of Create Spokane Arts Month, but at that time Caraway was coordinating Verbatim, a collaborative written word and visual art showcase.

Railtown Almanac is published by Caraway's poetry press, Sage Hill Press, and both he and Dodd hope to curate sequential editions, possibly expanding to include essays and nonfiction.

The anthology's name acknowledges Spokane's rich history as a major Western railroad hub. Even though some of the poetry included in Railtown isn't explicitly about Spokane, each of the 84 writers featured — from established local poets to newcomers, and of all ages, from high schoolers to retirees — call the region home.

"Even though you think you know who the writers in Spokane are, you get all these submissions from people you don't know, so it was cool to see the breadth of the poetry community in Spokane," Caraway notes.

After this weekend's launch and reading, Railtown Almanac will be available at Auntie's, the Book Parlor and Atticus Coffee & Gifts for $14.95. Several other readings from the collection's contributors are scheduled to follow through the month (see Inlander.com/events).

"There are so many great things coming out of Spokane right now, that to have all this poetry in one place starts to give a shape to the kind of work that is going on here, which is really interesting," Caraway says.