One woman's story of how she manages her state of mind

By Teri Koski — As Told To Deanna Pan 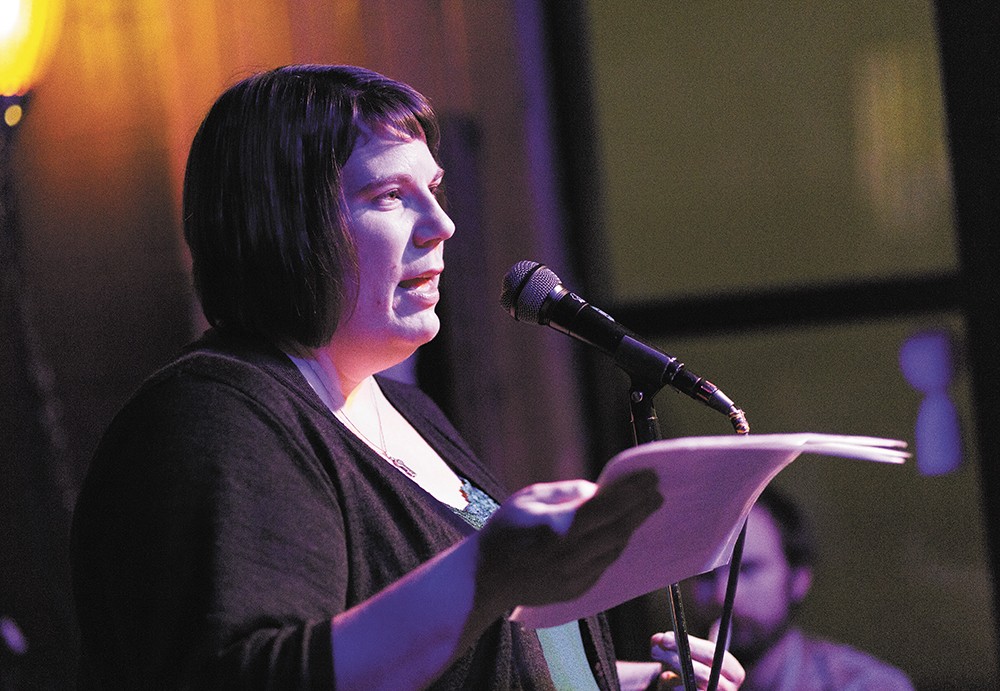 It was found, like many discoveries before it, on a quest.

In 2004, National Geographic Fellow Dan Buettner led a team of scientists across the globe investigating one of the world's greatest puzzles. The team found itself in Okinawa, Japan, studying the secret for longevity.What mental illness is to me is when you wake up feeling like shit and you have no reason to. Everything can be fine — I have a job, I have a wonderful partner, all the earmarks of success — but there are days when I wake up and I want to die.

I always felt different from other people. I looked at things very negatively. I had a lot of anger. I couldn't figure out why. The first time I attempted suicide I was 14 years old. I don't think I understood what I was doing. All I knew was I was hurting and I wanted to make the hurt go away.

My turning point came when I was in my early 20s. I went to Central Washington University and one day, as I was driving home from school, I drove my car through the barrier and into the ravine.

Luckily, my car hit the barrier and was towed home. When I got home, my now ex-husband stuck his head out the door and asked me if the car was OK. (That's why he's now my ex-husband.) I told him, "I think something is wrong with me. I don't think other people feel like this."

I saw a counselor through my work's employee assistance program. I remember telling him all of my symptoms when he looked at me and asked, "Do you ever feel like your brain is in a cloud?"

He didn't know it, but I'd been writing poetry for years to deal with my depression. One of the lines I wrote over and over again was, "The cloud I call my brain." That was the first time I realized there were other people like me in the world that didn't really fit in anywhere.

I went through years of different counselors and medications before I finally found one that stabilized me. As I went through counseling, my dosage was gradually reduced. I'm at the point now where I'm not on medication. But everything I do in my everyday life is to compensate for that — from the way I eat to the way I go to sleep, the apps I use on my phone to my exercise and meditation. It's all to keep me from wigging out on a daily basis.

I've been stable for about four years now. I slip sometimes, but I notice I slip less and less often. The hardest thing I've ever had to do is to stay stable.

Our lives are vey much self-fulfilling prophecies. We're trained by reinforcement. If we say to ourselves a hundred times a day, "I hate myself. I'm not worth anything," then that's what we've taught ourselves to believe. You have the power to change that thought process.

When I do my meditation in the morning, I tell myself, "I am a good person. I do good things. I make good decisions." You're not going to believe it at first. Hell, I know I didn't. But then, every once in a while, you'll catch yourself realizing that you did make a good decision, that you did do something positive, that something good did happen because of something you did. And you kind of keep building on that. I can look at things now with an attitude of acceptance: I am a good person. I do have worth. I deserve to be here as much as anybody else. ♦

Teri Koski, 38, is the vice president of the National Alliance on Mental Illness-Spokane, a case manager for the elderly and disabled and an accomplished poet. Her story was first published in the Inlander as part of its "State of Mind" series.

HOW TO IDENTIFY SYMPTOMS

Nearly one in five Americans experiences mental illness in any given year. Of those, about 19 percent suffer from anxiety disorders (the most common mental illness), followed by major depression (6.8 percent), bipolar disorder (2.8 percent), eating disorders (2.1 percent) and schizophrenia (0.45 percent). Here's how you can identify symptoms of these mental health problems.

HOW THE SYSTEM WORKS

In Idaho, the state contracts with local organizations to provide mental health care and has "regional behavioral health boards" to advise state agencies on how to better provide mental health and substance abuse treatment in each area of the state. For those on Medicaid, the state recently began contracting with a national company called Optum to manage that program. In Coeur d'Alene, Kootenai Behavioral Health Center offers stabilization for youth and adults in crisis and chemical dependency treatment. Reach them at (208) 625-4800.

HOW TO FIND SUPPORT

Whether you're the one suffering from mental illness or whether it's a loved one, it can often feel like you're alone. That's what NAMI Spokane — the regional chapter for the National Alliance on Mental Illness — is all about addressing. They not only run numerous education courses about several mental illnesses, they have two different types of monthly support groups. One is for those with mental illness. "It's peer-supported, facilitated by people who have the illnesses themselves," says Ron Anderson, president of NAMI Spokane.

Anderson has a relative with schizophrenia. He relies on the second type of group, where family members struggling with mental illness meet.

"We talk about what we're going through and get help from each other," says Anderson. "We listen to each other's experiences. We learn from each other. Families are just as traumatized as those who get the illnesses themselves."

The conversations each group has are freewheeling and wide-ranging — a facilitator is there, but mostly to keep order and make sure everyone has a time to talk. "We have the tools there to help people understand what they're going through," Anderson says. "It's knowing that you're not alone, it's knowing that things get better usually."

And while the conversations can occasionally dive into some difficult territory, "we always end on a high note," Anderson says. "We're usually laughing by the time we leave."

Go to NAMI Spokane's website, and click on Support Groups for a schedule of when they meet. Or check out other support groups through the Spokane Consumer Advocacy Network (spocan.news@gmail.com) or the SEER Support Group through the Community Colleges of Spokane (279-6259).

HOW TO HANDLE MEDS

Medication may play a crucial role in stabilizing mood or mental function, but it can often be difficult to manage or maintain. Doctors emphasize that, like antibiotics, it's essential to continue taking prescribed meds after you start feeling better to keep a consistent dosage.

To start, get organized: Most drugstores sell plastic dividers for separating pills out for each day of the week. Store meds in an easy-to-see location and set a regular schedule.

Strive for consistency: Many medications must build up in a person's system before they become fully effective, while others can be sensitive to missed doses. A doctor can best dial in meds or dosages with a consistent baseline.

Identify and address side effects: Keep track of unusual symptoms and talk to others about what changes they may observe. Talking to doctors, friends and family about side effects can help quickly root out symptoms and will make it easier to mitigate any negative effects.

Overcome reluctance: The National Alliance on Mental Illness recommends approaching medication as a routine, empowering experience. Learn about the meds and potential side effects, but also tie doses into regular tasks, like a morning vitamin routine.

HOW TO HELP SOMEONE

First, slow down. Frontier Behavioral Health's Esa Lariviere says some people want so badly to help that they end up treating their loved one like a problem to be fixed, worsening tension in the relationship. Separate the person from their symptoms, Lariviere says. "It's so scary to be experiencing symptoms, because there's such a stigma associated with mental health that people lose their identity as a mother or a teacher or whatever, and all of sudden become 'mentally ill,'" she says. Work to find possible avenues of help and present those as options rather than a mandate. Don't try to fight someone else's delusions. You don't have to validate them, but respect what the person is experiencing and, instead of arguing, focus on options. Always ask if they're considering suicide, and seek help right away if that's the case.

If you're having difficulty understanding or handling a family member's mental illness, consider seeking out other families for support. The local chapter of the National Alliance on Mental Illness offers support groups specifically for families of those living with mental illness. For more information, call 838-5515.

Finally, create boundaries. If you're feeling like the situation requires professional input or the person is a danger to him or herself, seek help.

How to identify symptoms

how the system works

how to find support

how to handle meds

how to help someone