If you can’t live in a McMansion and drive a Mercedes, does life have any meaning? 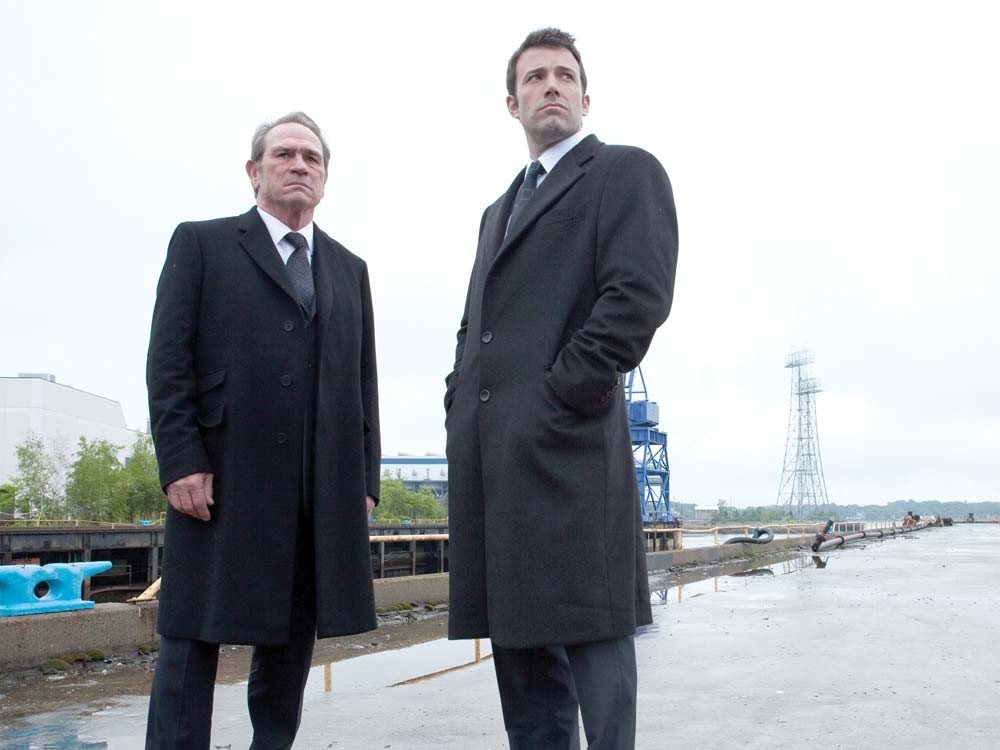 Their industry's going nowhere; neither are their careers.

A year ago, Up in the Air had George Clooney’s character jetting around the country and helping companies lay people off. The Company Men is also about folks losing their jobs. But it’s a very different movie.

While Up in the Air had brief interview clips from real-life laid-off workers, the movie was much more about the “crisis” that Clooney’s character was going through. The Company Men puts its downsized characters front and center. But that’s not the only difference. The first film’s victims were rank-and-file office workers. The Company Men is about executives — men who work at a large company, live in huge homes, drive nice cars, fly in corporate jets, and hang out on ritzy golf courses.

The question looms: Is seeing these well-to-do folks getting the ax supposed to make us regular Joes feel better about ourselves? Probably not. Maybe it’s just a case of misery loving company.

The gaggle of protagonists here all work for a big Northeast shipbuilding company, and the backdrop for the film is the slow disintegration of American heavy manufacturing. Ben Affleck, Tommy Lee Jones, Kevin Costner and Chris Cooper were all likely chosen as much for their great faces as for their acting chops. Though the characters are at different levels in the company, all of them are affected by the fact that the stock is stalled and the revenue is flat. All of them eventually get the unnerving message that someone in human resources wants to see them. All of the actors put those faces to amazing use, even when they’re only at the stage of wondering, “Am I next?” It’s a story of how job loss affects them and their families, how they deal with it, worry about it, argue about it, freak out over it.

Writer-director John Wells knows his way around drama, having variously produced, written and directed for ER and The West Wing, and he has a knack for honest language. When he was shaping the script, he went to some support-group websites for downsized workers and let it be known that he was a writer. He ended up getting a couple thousand stories from different laid-off people (including CEOs), some of which were woven into the script.

Wells paints his characters here as victims, but we’re not asked to feel sorry for them. (Remember, some would consider them privileged.) Job searches begin in earnest, but age is a problem. One is bluntly told, “You’re pushing 60, and you look like hell. You’re gonna have a rough time out there.” Another tries to keep everyone calm by acting as a voice of reason — but no one will listen to him. Yet another gives up the search and resorts to manual labor to pay the rent.

OK, maybe Wells does want to squeeze some sympathy out of his viewers. The film is mostly grim and sobering, but there are small bits of sardonic humor, and there’s a positive sense of camaraderie among men and women who gather at a job-finding service. Amazingly, the whole thing finally finds its way to a hint of an upbeat ending.