Valerie June always knew how to work hard for what she wanted; she just didn't know it would pay off so well 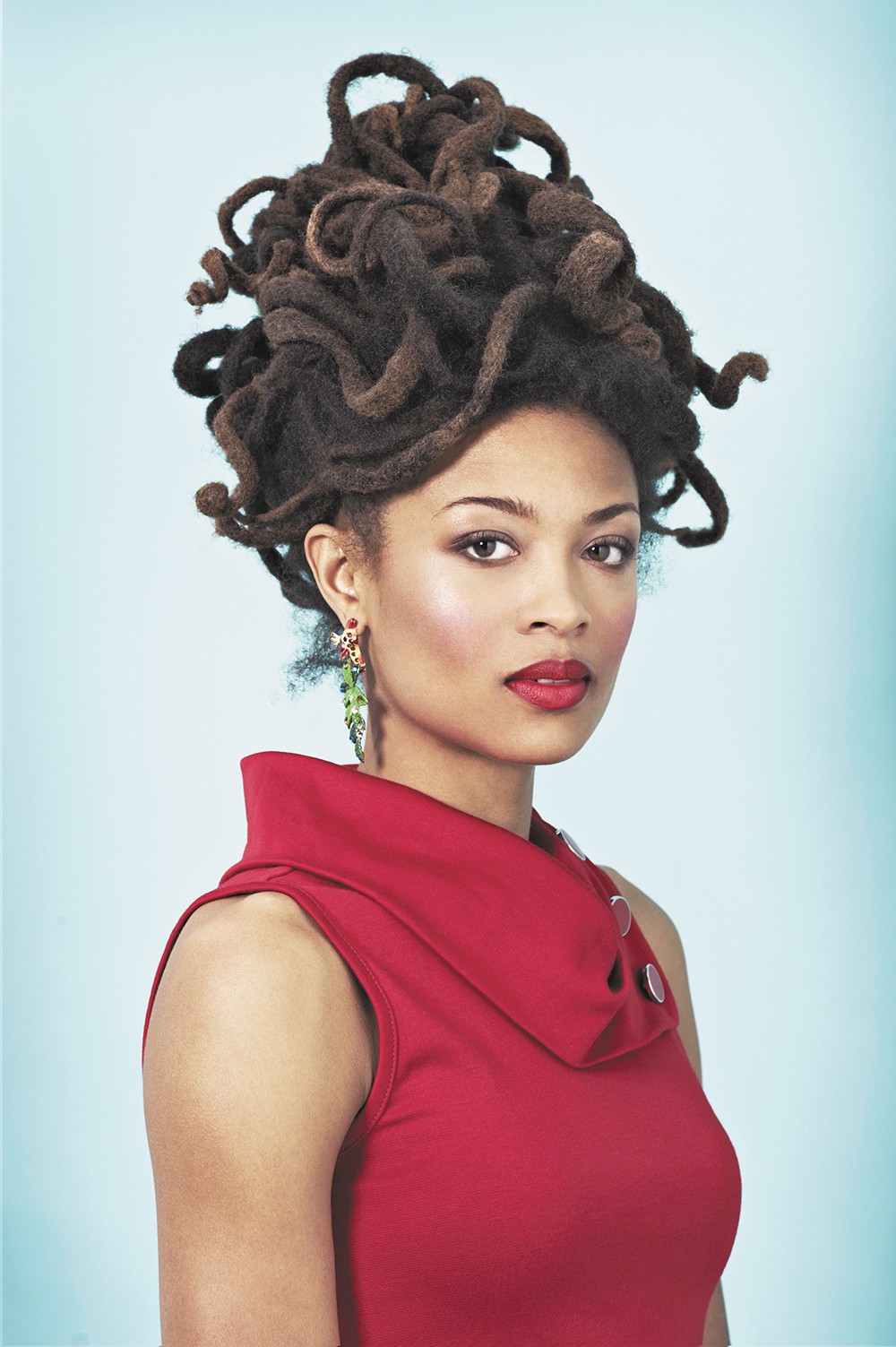 Valerie June has worked her ass off

to make it. Not that the self–described "organic moonshine roots" musician is complaining about it.

"My parents taught their children that we had to make our own way in this world, that no one was going to give us anything," says June earlier this week from her home in the Williamsburg section of Brooklyn, New York.

As a kid growing up in Jackson, Tennessee, she cleaned bricks for her father's construction business. Later, she passed out flyers for his music promotion company. Moving to Memphis days after graduating from high school, she hawked caffeine at competing coffeehouses and worked as a clerk at an herb store called Maggie's Pharm. Meanwhile, she was always singing and writing and teaching herself to play the guitar, which she never had the luxury of learning during her childhood.

"I wanted to get to a place where I could afford to just sit with my guitar and learn," she says in a breathy Southern drawl. For years, she would wait for that day to come.

"One of my biggest challenges is getting over myself. That's why it's so good to be on the road," admits June, who has been touring almost nonstop for two years. "You might say to yourself that you can't perform that day, but you have to do it. I'm constantly reminding myself I'm following my dream."

She says that from a young age, singing always made her "feel good," even when she knew she sounded like no one else.

"Growing up, when people heard me singing, they wondered, 'When can she wrap that up?'" June remembers.

But once she got ahold of some old roots records, she realized there were other women out there who sounded like her, with that nasally, profoundly affected and haunted voice; they were just from the 1920s and '30s.

Now in her early 30s (she wouldn't specify her age, but she was born in 1982), her voice has caught on with enough folks that she was able to raise $15,000 through Kickstarter in 2011. That resulted in her first album as a signed artist, 2013's Pushin' Against a Stone, which Dan Auerbach (Black Keys) and Kevin Augunas (Lumineers, Cold War Kids) co-produced and Auerbach helped write.

"His wife told me that every time they're at an airport they tell each other, 'Welcome home, honey,'" June recalls.

As she's been on the road for so long, the joke caused June to contemplate the situation of her own home.