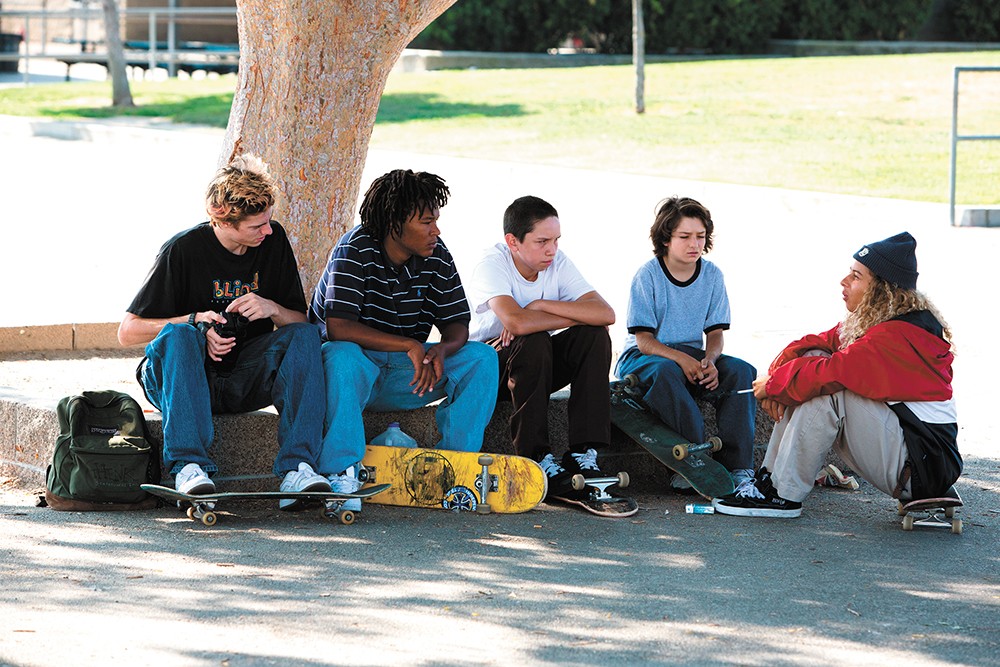 The kids aren't alright: Jonah Hill's Mid90s explores the darker side of adolescence.

You know you're old when they start making noteworthy period pieces about your youth.

Apparently, it's already time to wax nostalgic about California skateboarding culture from 20-plus years ago, and that's just what Jonah Hill does in Mid90s, his aptly named writing and directing debut. While distributor A24 (Moonlight, Lady Bird) released Mid90s, the film feels distinctly less like awards fodder and more like a chance for Hill to dip his toe into the moviemaking waters, with mostly positive results.

Authentic senses of character and place serve as the foundational strengths that Mid90s builds upon. All the roles are cast brilliantly; even the actors who are supposed to be good skaters — Ray and F.S. — can really pull off the tricks. A band of skate punks like this is entirely authentic to the era. The whole movie was shot on scratchy Super 16mm film, which is presented in a boxy 4:3 aspect ratio to feel even more like a throwback to '90s skate vids.

The soundtrack also excels at setting the mood with familiar songs from Pixies, Wu-Tang Clan and Morrissey. There are a couple spots that could potentially be controversial in 2018 (the use of homophobic and racial slurs, or the boys celebrating after an uncomfortable teen sex scene), but they would be 100 percent real to a group of young guys like this in 1995. Everything looks and sounds the part.

But while Hill manages to capture the age in the lens, his script sometimes tends toward the generic. Stevie doesn't really grow as much as he kind of goes along with anything that comes his way. His moral conflict becomes personified by Ray and F.S., but that's basically painting with clear and obvious polar ends of the spectrum. Ray grew up poor and wants to turn skating into a profession; F.S. grew up rich, so his entitlement has led him to be lazy and seek whatever makes him happy in the moment. Should Stevie be a nice, caring person with life goals like Ray, or a go-nowhere cool guy like F.S.?

Hill's mild cinéma vérité approach works for the extended, music-backed shots of skating, but doesn't handle as well when he dips back into narrative. But the real glimpse that the actor might have a future behind the camera comes super early, when Stevie enters his brother's bedroom to explore despite threats not to do so. It could be a short film unto itself, as he maneuvers the space — looking at stacks of magazines, attempting to lift weights, going through his CD collection — with care not to disturb anything in a noticeable way. It beautifully manages to establish two characters and the specifics of the relationship dynamic — especially the way Stevie can't help but look up to Ian — without a word.

Hill safely lands an ollie with Mid90s, but whether he can nail vert tricks in the cinematic halfpipe remains to be seen. ♦

Mid90s is not showing in any theaters in the area.