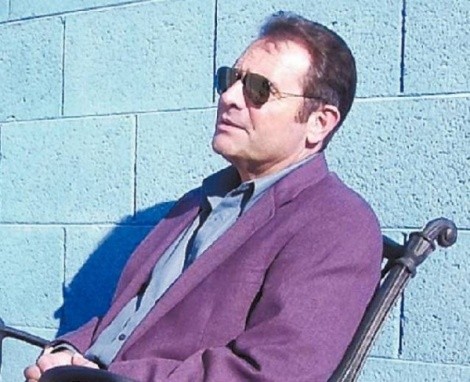 BOOKS North Idaho’s Denis Johnson appears at Gonzaga, soon after writing about war and crime on canvases both large and small


He did a Joseph Conrad; now he’s done an Elmore Leonard. Denis Johnson — the North Idaho author who will appear Tuesday night at Gonzaga — has followed up his Big Important Vietnam Novel of two years ago (Tree of Smoke, 700 long pages, geographically and chronologically sprawling, National Book Award winner and Pulitzer finalist) with this year’s crime-genre caper (Nobody Move, 200 short pages, with two bad guys chasing a flawed-but-funny couple over a few days, filled with the kind of noir wisecracks that got it serialized in Playboy).

That counts as versatility — and since Johnson is spotlight-averse, maybe there will be some questions during his Visiting Writers Series appearance about whether the gearchanging is an experiment or a respite.

Tree of Smoke trawls through the ’60s in both the Philippines and Vietnam, chasing the stories of CIA operatives, grunts and spies. One of the G.I.’s wonders if he’s an American who’s Quiet (as in Graham Greene) or simply Ugly. The violence, which can be horrific — crazed soldiers spoon out their enemies’ eyeballs — also runs like an unsutured wound through Johnson’s latest. In Nobody Move, the hit men and alcoholic gamblers are also the kind of guys who say they’d like to rip out and eat each other’s livers and testicles. (Nothing personal. It’s just business. You owe a guy five bills, you can’t just let that go.)

In an otherwise positive review, Lionel Shriver in The Telegraph of London allows that less kind-hearted critics might say of Nobody Move that “we really don’t need another smart, dark fable about some born-to-lose jerk and improbably quick-witted goons, with everyone scrambling for another multimillion-dollar jackpot and whacking each other along the way.”

But Johnson, even if he is indulging a penchant for smart-mouth, low-rent crooks, still gives his hit-you-as-soon-as-look-at-you hero a soft heart. When he first sees our heroine, she’s been sloppy drunk for hours at a karaoke machine.

“‘That woman needs a pill,’ the waitress said.

“Luntz disagreed. ‘Man,” he said, ‘she breaks your heart.’” Humor and pathos are mixed: Our desperate hero, even when on the run, pauses to recognize a kindred soul.

In its small way, that encounter in a dive bar recalls the mixed mood of the final scene of Tree of Smoke. Years after the Vietnam War is over, a “widowed, saintly Canadian nurse” overlooks the audience at a conference to help orphans of the war. She casts a jaded eye on the whole idea that humanity has merited any kind of salvation, pausing to consider all the “people who’ve ruined their health, worshipped their own lies, spit on their dreams, turned their backs on their true beliefs, yes, yes, and all will be saved. All will be saved. All will be saved.”

The repetition begins to sound a little desperate. You get the sense that, in his two most recent books, just as in his collection of stories from 1992, Jesus’ Son, Johnson is whistling past the graveyard of the American Dream — hoping we’ll snatch at it but thinking we’ll probably just whiff. Denis Johnson appears as part of the Visiting Writers Series at Gonzaga’s Cataldo Hall, 502 E. Boone Ave., on Tuesday, Sept. 22, at 7:30 pm. Free.