Creativity dries up in The SpongeBob Movie: Sponge Out of Water 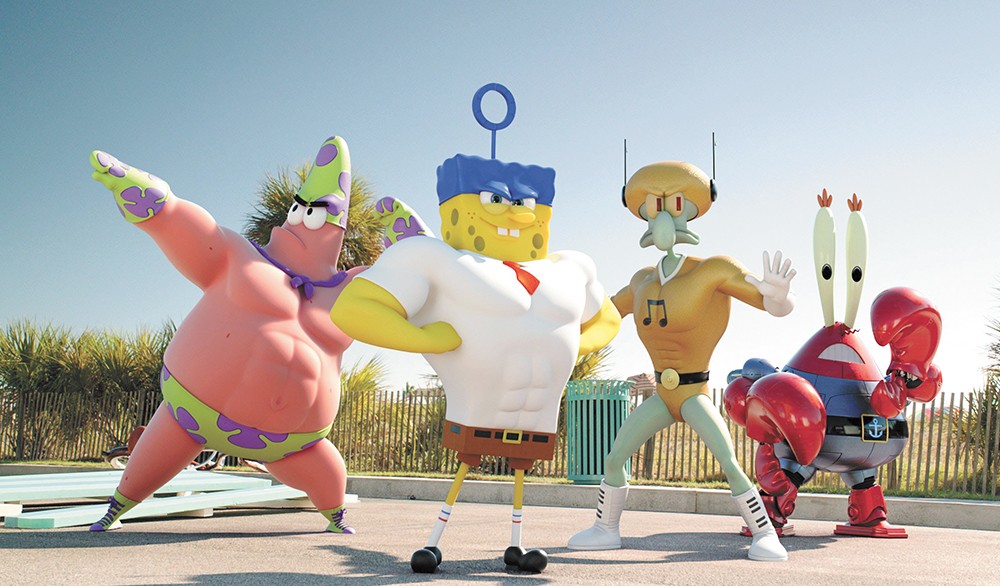 Spongebob might want to stick to the small screen.

I imagine this is how

the idea for The SpongeBob Movie: Sponge Out of Water came about.

Studio executive: "The SpongeBob SquarePants Movie (2004) came out before the 3-D craze, leaving money on the table. Make a new one. Throw in some CGI stuff so that can be in 3-D. Also, I need the script in 20 minutes."

In said (presumably hastily whipped up) script, a pirate narrator (Antonio Banderas) reads a tale of how SpongeBob must retrieve the secret recipe for the Krabby Patty, the burger at his fast-food job, which has mysteriously disappeared. Because of the lack of the burger, his hometown of Bikini Bottom transforms instantly from bubbly undersea city to a Road Warrior apocalypse (complete with leather). In order to complete the task, he enlists the help of the usual SpongeBob crew: Patrick, Squidward, Sandy, Mr. Krabs and Plankton.

The movie succumbs to the same problem many TV-to-film adaptations battle, namely, that it just feels like a normal episode of the show stretched thin to fill the longer time. Things pick up when CGI versions of the characters enter the third dimension, but despite what any commercials or trailers would suggest, the majority of the time is spent in traditionally animated 2-D like any other SpongeBob cartoon. By the time SpongeBob and his cronies enter the real world, the story has dragged on so long that it lacks any thrill.

Sponge Out of Water is insultingly bad and almost entirely devoid of humor. Here's the movie's main joke: SpongeBob and his antagonist Plankton must reluctantly work together. But since Plankton is mildly evil, he's not familiar with the word team and pronounces it "tea-em." That's it. That's the main joke that the movie returns to again and again and again. It'd take a real SpongeBob superfan to find this film hilarious. I know that the audience packed with children that I watched it with weren't uproariously laughing, and they're the easiest target demographic.

There's just no purpose for Sponge Out of Water to exist. It doesn't even have a strong takeaway message for kids to learn. Perhaps it's supposed to be teamwork (or, ahem, tea-emwork — was it more funny this time?), but the film makes no commitment to that idea. Or any idea, for that matter. ♦

The SpongeBob Movie: Sponge Out of Water is not showing in any theaters in the area. 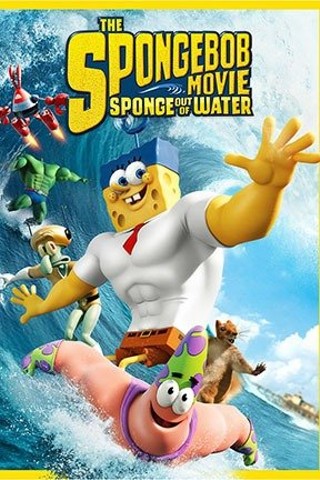