WSU research: Accurate information on medical marijuana is difficult for patients to find 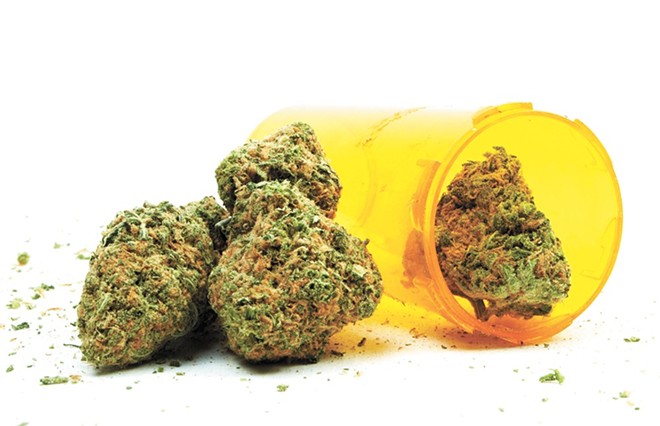 Will marijuana help with your medical condition? Who's to say.

For patients considering cannabis for medicinal purposes, accurate information is hard to come by.

Those are the conclusions from a pair of Washington State University studies that together highlight the need for more reliable information for those seeking medicinal marijuana.

When marijuana was legalized in Washington state, medicinal cannabis merged with recreational cannabis in retail shops. The state then created medicinal consultants, who can take a 20-hour class and are licensed through the state Department of Health to work in retail locations and assist patients ready to buy cannabis. Retail locations certified as a medically endorsed location must have those consultants on staff.

"While medicinal marijuana consultants have never been studied, they have a very unique role," says Louise Kaplan, an associate professor at the WSU College of Nursing in Vancouver. "We were interested in understanding better how knowledgeable they are and the sources of their information."

As it turns out, there were some gaps in their understanding of what conditions qualify for medicinal marijuana. Conditions that do qualify include cancer, intractable pain and epilepsy. But depression and anxiety do not qualify, and about two-thirds of consultants incorrectly reported those as qualifying conditions.

The consultants, however, are not the ones authorizing medicinal marijuana cards. Patients must get authorization from a medical professional, allowing the patient to buy more marijuana for cheaper. And health care professionals were less likely than the consultants to correctly identify qualifying conditions for medical marijuana, while simultaneously more likely to identify those that don't qualify, according to WSU's survey. Only 13.6 percent of health care professionals surveyed actually had issued authorizations for medical marijuana, and more than 60 percent considered marijuana addictive.

Patients, then, might be reluctant to discuss marijuana with their doctors, and may not be aware of consultants in retail shops. The result of the lack of information available to patients on both ends is that they tend to self-medicate.

"Both groups [consultants and health care professionals] felt like they needed more education on how cannabis can be used for medical reasons," says Marian Wilson, an assistant professor for the WSU College of Nursing.