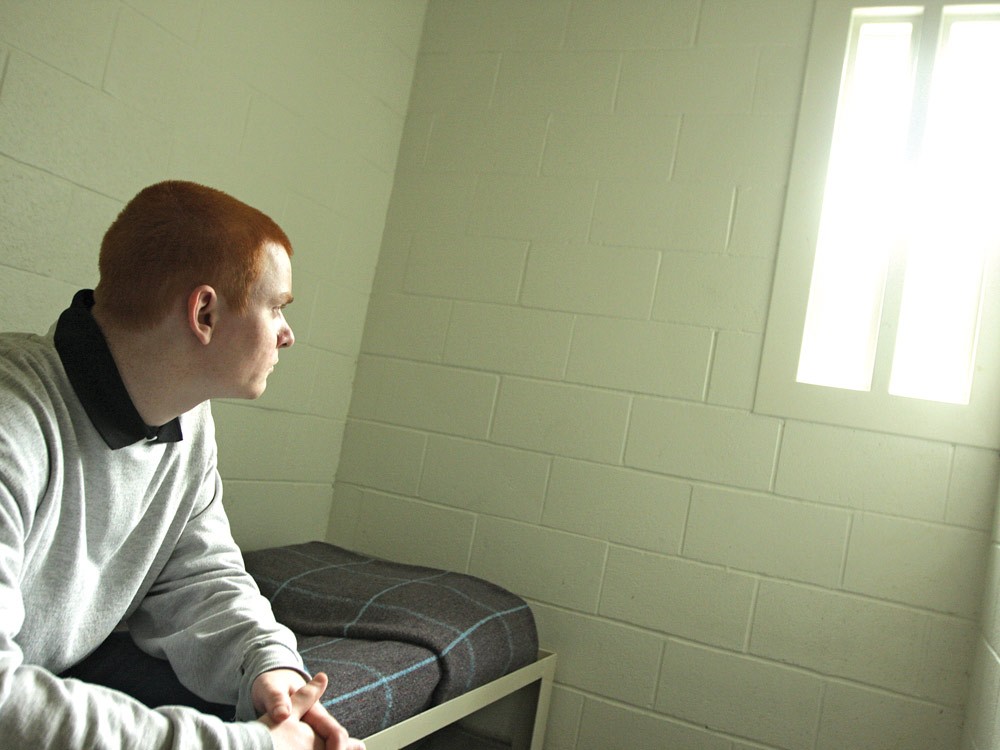 Young Kwak
Jackie Curl is among the 76 percent of youth in Idaho\'s juvenile justice system with a mental issue.

Jackie Curl remembers grabbing the knife. He was 8 eight years old, and his babysitter had made him go to bed. He didn’t want to.

He says he remembers kicking down the door, running to the kitchen, snatching up a big kitchen knife and chasing his babysitter and friends with it.

Today, Curl lives in the Region II Juvenile Detention center in Lewiston, Idaho. Since he smashed his skateboard into an older kid at age 12, he’s been in “jail” 18 times. The most recent rap was two runaway charges, petty theft and grand theft auto.

“Since I was a little kid, I’ve always had anger issues, depression. I’ve always been unfocused. I get confused easily,” Curl says. “For example, I was doing my math and my peer had just taught me how to do it one problem ago, I was on the next problem, I forgot it totally.”

He knows the issue now: schizo-effective ADHD, basically a combination of schizophrenia, bipolar disorder and attention deficit hyperactivity disorder. He says he’s learning to control his reactions. But as he goes through the halls of the detention center, as he sits at the cafeteria table, he knows those across from him have problems of their own.

Today, an unprecedented number of kids in the three Idaho juvenile detention centers suffer from mental troubles. And it seems to be increasing. In five years, the proportion of kids with mental illnesses in Idaho’s juvenile justice system leaped from 50 percent to 76 percent.

Most have a diagnosis of post-traumatic stress disorder. Half have “severe emotional disturbances.” And these facilities may be the best — or only — place for them to get help.

“There’s a lot of peers in here that can relate with me,” Curl says.

Some of that increase is actually good news. Due to a new screening method, fewer children are ending up at the highest levels of juvenile corrections. Mental diagnoses have become more advanced.

But even taking this into account, the increase worries Sharon Harrigfeld, the director of the Idaho Department of Juvenile Corrections.

“Some of it is because there aren’t [enough] community-based services,” Harrigfeld says. “When a judge gets a 12-year-old or a 13-year-old, they have exhausted everything they can do in the community.”

Idaho struggles with mental health. In 2009, the National Alliance on Mental Health gave the state’s mental health system a “D.” The report found that only 16 percent of Idahoans with serious mental health conditions received public mental health services. Idaho has the nation’s fourth-highest suicide rate — and yet it doesn’t have an in-state suicide-prevention hotline.

Meanwhile, the state has cut 17 percent from its mental health budget in the past three years. Idaho schools have fewer counselors and fewer school resource officers. In order to concentrate on acute care, Kootenai Medical Center ended its juvenile residential program. Federal grants have dwindled as well.

In the juvenile detention center in Coeur d’Alene, clinician Robin Jacobson gives each incoming child a few quick tests to spot any mental issues they may have.

“Are they currently in services of any sort? What do they need?” Jacobson says. “I find they often need them and are not getting them.” Many come from families that can’t afford private insurance, she says, and have never filled out Medicaid paperwork.

Medicaid in Idaho was slashed to save the state $4.7 million last June. Clinics, like one of Tammy Everson’s Camas Professional Counseling clinics, have closed as a result.

“We just spread ourselves thinner,” Everson says. “Some of those folks fell through the cracks.”

Now, she says, folks in the Kamiah area have to drive 20 or 30 minutes — assuming they have a car — to get to another clinic. The geography of Idaho can complicate mental health troubles. In the Shoshone County expanse, there aren’t many therapists, much less psychiatrists.

Yet, there is one place Idaho’s youth have much more access to the supervision and mental health care they need: juvenile detention centers.

Even deep into the night, when they all should be asleep, the children in the Lewiston facility are never left alone long. Every 15 minutes, an employee opens the door to check on them.

But things can happen in the moments in between, Juvenile Services Coordinator Melissa Anstine says. Sometimes they press the intercom immediately, letting staff know they’ve hurt themselves.

The staff member opens the door, and sees blood. “We’ve had a kid who used their teeth to bite into their arm and have to be rushed to the hospital,” Anstine says.

Most of the staff in the Lewiston facility aren’t trained to work with mental illness — they’re trained to handle conduct disorders. But several years ago, the department, with extra funding from the state, placed a clinician in each detention facility. A psychiatrist, over video conferencing, helps figure out medication for individual kids.

On top of that, the staff taught him how to control his temper. “I close my eyes. I’m able to be more aware of my feelings,” Curl says. “I’d pay attention to all he things that go around me. I deep-breathe and open my eyes up.”

The Idaho Department of Juvenile Corrections hired an expert psychology consultant named Henry Schmidt III to train clinicians to give the sort of therapy that troubled juvenile inmates need. Schmidt says, anecdotally, that well-meaning judges and prosecutors sometimes push young defendants toward juvenile detention because that’s where they can get help.

Curl saw his younger brother recently — for the first time in two years. That gave him new motivation. He says his brother’s having trouble in school. He gets stressed. He got taken off the basketball team.

“I want to be there to be the role model,” Curl says. His dad can help with an entry-level job when he gets out.

There’s a reason Curl’s been so open about his struggles, about his crimes, about where he is now.

“I want people to know it’s possible for people to change,” Curl says. “I could be 80 years old, I could still change.”

Because here’s the thing: Curl’s 18 now. If he can’t find the help he needs, if he messes up again, he won’t be able to go to juvenile detention. Instead, he’d go to prison.

“The transition from the residential setting back to the community is the riskiest period,” Schmidt says.

It’s a concern echoed by Anstine. While the staff can temporarily sign the exiting inmates up for Medicaid and give them a 30-day supply of meds, some will undoubtedly struggle without community support. No advocates, check-ins, no clinicians next door.

“We give them the medications,” Anstine says, “then send them into a community that can’t help them.”