For years, American Indian youth have been committing suicide at higher rates than any other population in the United States. But tribes are fighting back 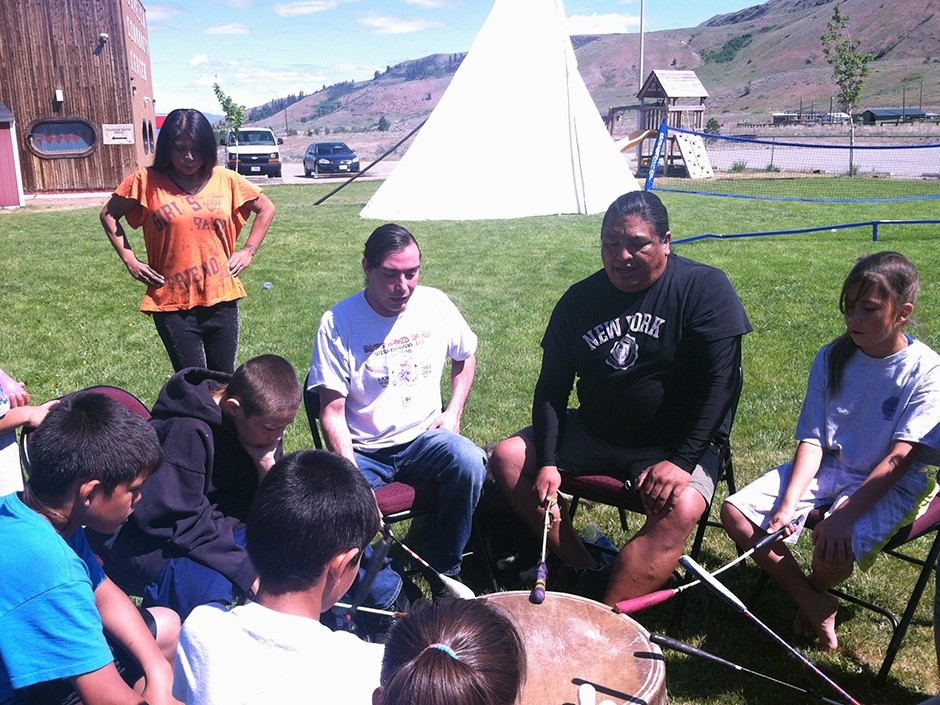 Dan Nanamkin knows sorrow. He’s been the director of the Nespelem Community Center on the Colville Indian Reservation for the past five years, where he hosts from one to three funerals a month.

Funeral rites on the reservation can go on for days, and the grief falls like a shroud over the center for even longer. At least six funerals since 2008 were for suicides, Nanamkin recalls. Some were for people he’d seen from time to time. There were younger ones whom he didn’t know very well. One was a former classmate and close friend. But the hardest one — the one he wasn’t there for — happened 10 years ago when he lost his brother to suicide.

Nevertheless, during a recent May weekend, spirits are high at the community center. More than 20 kids have spent the past day and a half playing sports, building a teepee and dancing with neon glow sticks in the dark. It’s the first Youth Warrior Camp on the reservation, funded by a tribal health grant for anti-bullying and suicide prevention activities. The goal, Nanamkin says, is to show kids a good time and build their self-confidence by inspiring them with their culture.

“As Natives, you’re taught ‘don’t cry.’ You got to be strong, you got to be tough, you can’t show weakness,” Nanamkin says. “Our mentors show them they care, love them and are here to talk with them, and show them that it’s OK if you’re hurting.”

Earlier this month, the state health department released statistics showing the rate of suicide among young adult and adolescent American Indians is 2.5 times higher than the average for kids in the same age group. Tribes across the country have made suicide — the second leading cause of death among young Indians — a priority by utilizing grants and training aimed at combating the problem. But money is tight. And as sequestration scrambles budgets, experts worry that fighting suicide may be an uphill battle.

On a Sunday morning, Nanamkin beats a buffalo-hide drum while singing traditional songs. Surrounded by kids, he’s a giant at 5-foot-10. Stocky with a gentle face and broad smile, he wears his graying black hair in a long ponytail down his back. Passing his culture on to the next generation of American Indians is his calling. He wants to show kids they can live in a “good way” with a “good heart.”

But that’s not always easy on the reservation. Desolation, high unemployment and poverty are commonplace, Nanamkin says. Despair breeds substance and alcohol abuse.

Researchers say many Indians suffer from multi-generational trauma, resulting from a centuries-long history of physical, emotional, social and spiritual abuse from colonialist policies.

“You have to remember these are a people who have had a lifestyle and culture for thousands of years, and just within the last 100, their lifestyles and cultures have been pulled away,” says LaRee White, a mental health therapist on the Spokane Reservation in Wellpinit. “It’s trauma after trauma after trauma, and it’s just been passed through the generations.”

At the NATIVE Project health clinic in West Central, providers screen every new patient for depression. Executive director Toni Lodge says it’s the No. 1 reason for visits at her medical clinic.

But in Spokane County, the vast majority of American Indians aren’t killing themselves. Between 2005 and 2011, the rate of suicide among American Indians and Alaskan natives was literally too low for Health District officials to publicly report; in that six-year period, fewer than five committed suicide.

That’s in part because Spokane has hospitals, mental health providers, drug and alcohol rehabilitation centers,and counselors who are on call 24/7 to help people in crisis. Of course, huge disparities exist in different neighborhoods.

“It’s just about where you live,” says Lodge. “And what resources are available.”

Two hours north, through forested highlands, resources are sparse in Nespelem. Four health centers serve roughly 5,000 people living on the 1.4 million-acre Colville reservation. Andy Joseph Jr., a Colville tribal councilman, says each of the facilities are staffed with one or two psychologists. There are no psychiatrists on the reservation, and no halfway houses or treatment centers for people who need long-term intensive care.

In 2006, Colville tribal leaders, alarmed by a wave of youth suicides on the reservation, declared a state of emergency and asked a federal team of health officers to step in. An exit report stated, Joseph says, that “for a tribe our size, we’re only receiving one-third of what we should be receiving for alcohol and mental health providers.” But Indian Health Services, the federal program that funds tribal health care, never granted the tribe the additional dollars they needed to hire more providers, as the report recommended.

“IHS has been funded at always less than half of what it really should be,” Joseph says. During the national budget review earlier this year, tribal leaders requested a need-based budget of $27.6 billion to fully fund all Indian health programs over the next 12 years. But the Obama administration rejected the tribes’ proposal.

“A girl down my street hung herself,” says Malerie as she pulls apart a slab of pepperoni pizza. She’s 11. At Youth Warrior Camp, Malerie is the wispy girl in orange with the words “THE BEAST” in red fading on her cheeks. She says her mom committed suicide too, seven years ago. “She just didn’t like it in life.”

Before lunch on Sunday, the counselors corral more than 20 children in a circle under the teepee. Girls on the left, boys on the right. Nanamkin, the center’s director, says a prayer in the indigenous language Nsyilxcen, and one by one, the kids sound off on their favorite parts about camp. (Basketball! Dancing! The food!)

A counselor asks what it means to be a young warrior.

Malerie raises her hand, but doesn’t wait to be called on.

“A warrior is someone who is strong,” she says. “And doesn’t give up.”