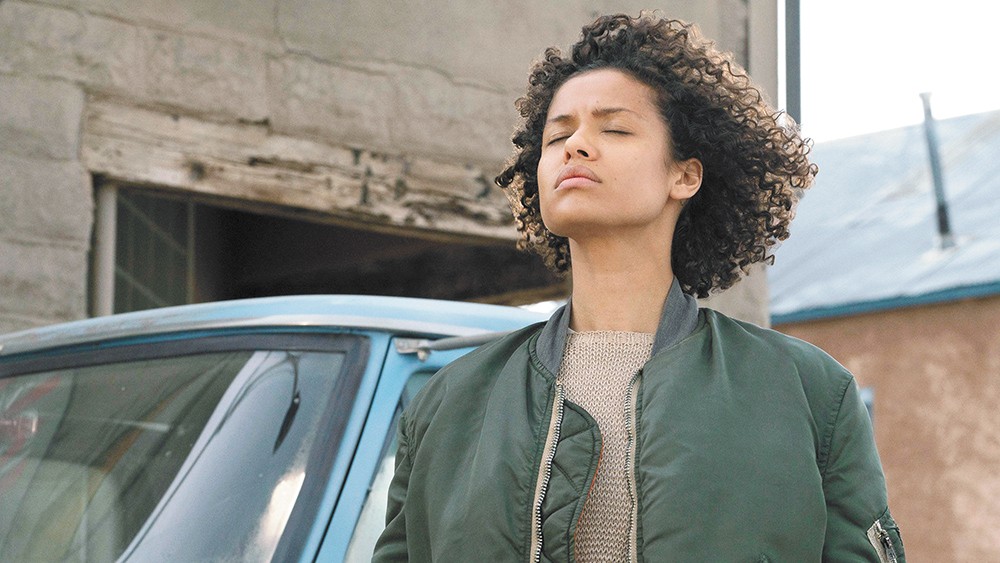 "The world's going to die. I can feel it." So go the opening lines of Julia Hart's Fast Color, and that sense of apocalyptic foreboding infuses the whole film. It's a strange deconstruction of superhero mythos about three generations of gifted women learning to harness their powers for good.

Earth is in the middle of a drought: Everyone lugs around plastic containers full of water, which now goes for top dollar. We follow an elusive woman named Ruth (Gugu Mbatha-Raw), who's on the run through rural New Mexico, a scabrous landscape of fleabag motels and roadside diners.

The movie only slowly reveals what it's up to. There's an earthquake, and not only is Ruth able to warn others before it happens, but she seems to be its root source. We discover she's being pursued by a government scientist (Christopher Denham) and a small-town sheriff (David Straithairn). We see flashes of her past through a series of disconnected images.

As she hides out in an isolated farmhouse with her mother (Lorraine Toussant), Ruth reconnects with the young daughter she abandoned long ago. The little girl (Saniyya Sidney) has a genius for engineering and seems to have inherited the same strange powers: She can disassemble objects on a molecular level, so that they swirl around in a colorful mist, then put them back together.

The pieces of the film, meanwhile, don't click together until at least an hour in, and that's part of the appeal: Fast Color slowly draws you into its unfolding mystery, and although its finale leaves something to be desired — this is, after all, low-budget sci-fi that relies more on atmosphere than spectacle — it's an intelligently made genre piece. Available to rent on iTunes and Amazon.

Teen Spirit is a tale about the pleasures and perils of pop superstardom told with the simplicity of an allegory, though unlike any good allegory, it never manages to deliver a coherent moral.

Elle Fanning stars as Violet Valenski, a shy 17-year-old who lives with her Polish mother on a farm on the Isle of Wight. She dreams of becoming a popular singer, and with the help of a washed-up Croatian opera singer (Zlatko Buric), she makes it to the finals on a televised singing competition show called Teen Spirit.

And... that's basically it. The bulk of the film consists of auditions and performances that are photographed and edited like contemporary music videos (though, curiously, most of the songs on the soundtrack are hits from at least a decade ago). Director Max Minghella, best known as an actor, seems to have put visuals first, with a striking palette of neon that makes us feel as if we're being blinded by the spotlight.

His script isn't as thought through. It sets up a number of potential (and predictable) conflicts — the image-obsessed public, craven record executives, the threat of booze and drugs — only to casually sidestep them all. Violet's rise to fame is also curiously expedited: She seems to have been on TV only a handful of times and is already a polished, arena-ready performer.

On a superficial level, Teen Spirit is similar to last year's show-biz melodrama Vox Lux, in that it's never clear about what it wants to say — about the state of pop music or the budding star at its center — and ends just as it's ramping up. An appropriate closing credits song might have been Peggy Lee's "Is That All There Is?" Available to rent on iTunes and Amazon. ♦

The original print version of this article was headlined "Now Streaming"

Speaking of Streaming , At Home