We asked readers for their most memorable experience with marijuana — best, worst, whatever. Here are a few of your responses 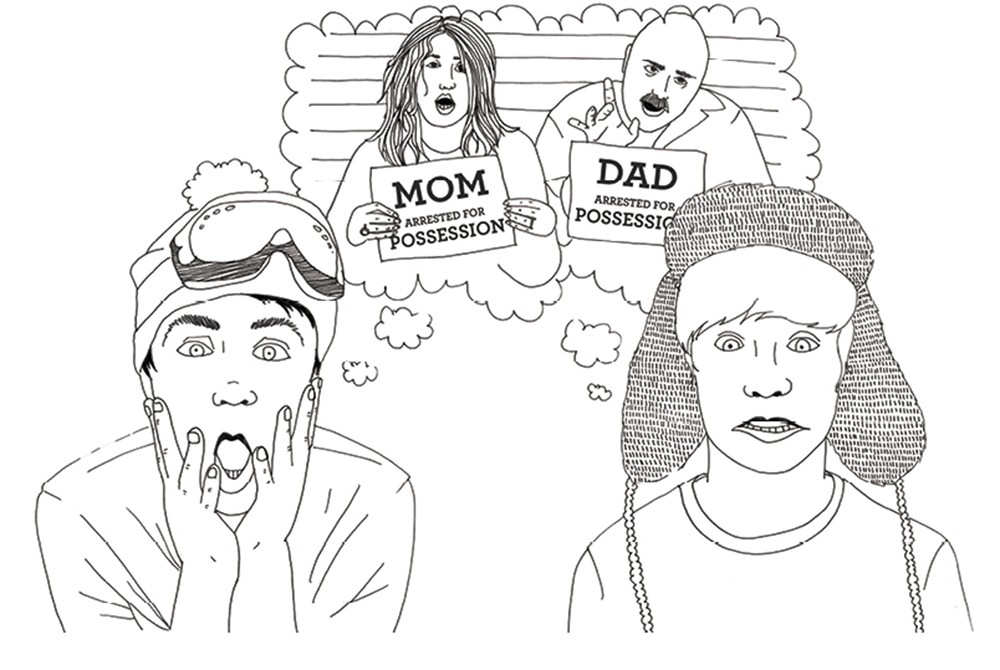 my best friend came over to spend the night so we could get an early start and go snowboarding at Schweitzer. He hung up his winter coat in the front hall closet. His coat was also where he was secretly storing a dub-sack. We were looking forward to a day of fresh powder enhanced by the comforting haze of a joint or four.

My parents were also going skiing, but they were headed north into Canada. We woke up the next morning, about 15 minutes after they left. This is when my friend remarked that his jacket was missing and figured my parents must have taken it.

"Dang!" I replied. "So much for smoking on the slopes!"

"Dude, your parents are going to Canada."

Suddenly the horror of the situation set in. My parents were on their way to cross an international border with our bag of pot. This was before most people had cellphones. There was only one way to stop my parents from possibly getting arrested. Thinking a little too quick, I grabbed the keys to my '92 Chrysler LeBaron (leaving my wallet behind). We jumped into the car, picked one of the three possible border crossings they might take (the wrong one) and drove like madmen, passing cars on icy one-lane highways, averaging 20 and 30 mph over the speed limit, hoping to catch my parents before the worst might happen.

When we reached Canada we approached the border crossing on foot, asking if my parents' green CRV had crossed the border. We made up a story that my folks had our season passes in the car. The border agents were highly suspicious, but eventually told us that no such car had come through. The only thing left to do was hope my parents made it into Canada and call their hotel to tell them not to return to the States until they disposed of our weed.

They made it to Canada, briefly freaked out when they checked into the hotel and received a message to call home (they assumed either me or my brother had been gravely injured or killed) and then later, probably after smoking our stash, thanked me for my honesty. — M.M., 29, Spokane

for years. I would call myself a functioning pothead. Years ago my besties and I were younger and we were smoking in a dugout in the dark. We dropped the bud on the ground. I was using my hand and a lighter to find it. I totally thought I had found it, stuck it in the pipe, light it up, take a big old hit of what? Dirt! It was a dirt clump, so stoned I smoked dirt. LOL! My friends and I always talk about that one time I smoked dirt. Yep.

I smoked marijuana, I was in a car parked out behind Gonzaga Prep, after a basketball game. It was my first time smoking anything, and the hot smoke burned my throat. After I regained my post-coughing composure, I tried to swallow, but the dry scratchiness of my throat made it difficult. Suddenly I was seized by a ridiculous notion: I must have burned off the dangly thing in the back of my throat. I flew into a panic. Would I ever be able to swallow again? Would I be mute for the rest of my life? Without saying a word to my friends, I bolted out of the passenger door, ran back to my own car, jumped in and began examining my gaping maw in the rearview mirror. Sure enough, there was my dangly thing. Although I went on to have many pleasurable experiences smoking pot, that first time will always remind me of the most terrified weed-induced freak-out I've ever had. 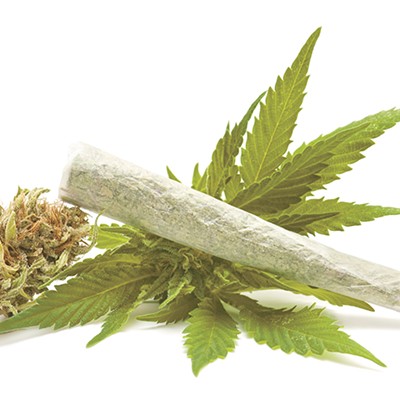