Separating the lumps of coal from the shiny new toys among this season’s Christmas music offerings. 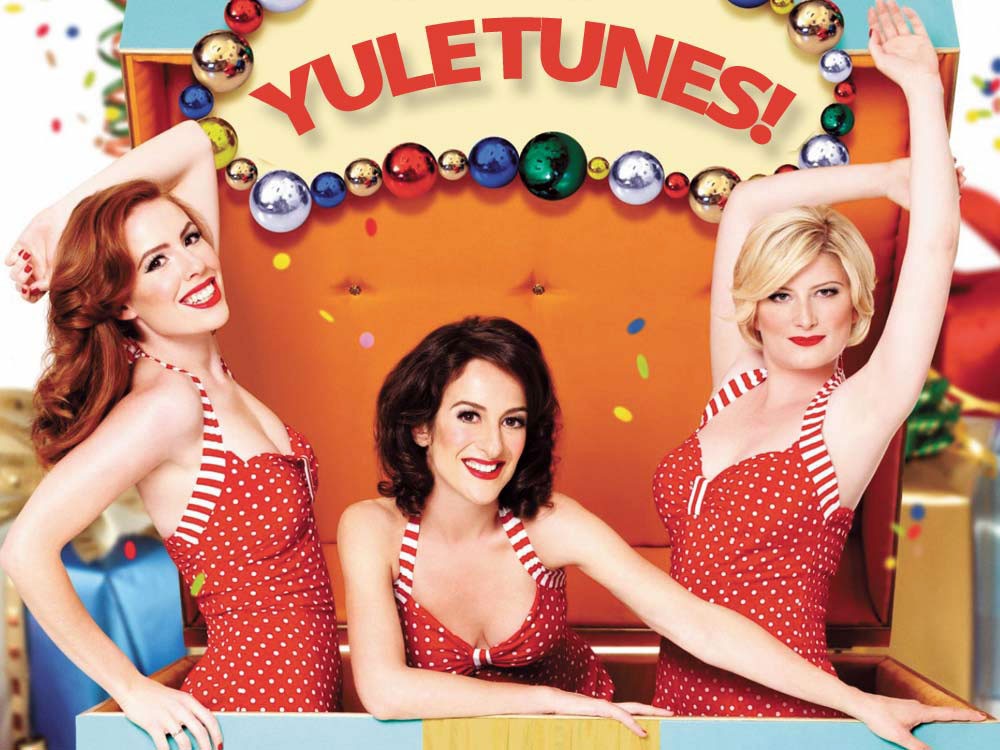 The Puppini Sisters will put some boogie woogie under your tree.

Some people loathe holiday music, but this time of year it’s impossible to avoid. No, you can’t tune it out, so perhaps your best bet is to control your intake by choosing the good stuff. And every year our recording industry pumps out new holiday music — from the pretty amazing (like last year’s Andrea Bocelli holiday CD) to the truly annoying (anything by a recent American Idol participant — Katharine McPhee has one out this year, so beware).

If you’re just starting a collection, there are definitely some classics you simply must own, starting, of course, with Bing Crosby’s White Christmas. Others you probably shouldn’t live without include Nat King Cole’s The Christmas Song and Tony Bennett’s Snowfall. If you need something a little more “today,” try Barenaked Ladies’ Barenaked for the Holidays. It’s a recent classic.

Christmas with the Puppini Sisters

Pink Martini's Joy to the World

But we’re here to talk about what’s new this holiday season. The one I could see coming a mile away is GLEE: THE CHRISTMAS ALBUM. The folks behind the Glee machine — watch the show, buy the songs the next morning on iTunes — are pumping out some polished stuff. But it’s such an overcaffeinated Broadway brew that you may only be able to listen to it, like, once a week. Still, Lea Michele is a great singer; she nails “O Holy Night.” And the leadoff track, “We Need a Little Christmas,” is an overlooked gem of a holiday song. (Heads up: The Glee Christmas episode, “Sue the Grinch,” airs Dec. 7 on FOX.)

Make room for another musical invasion from the British Isles — and I’m not pushing Susan Boyle, who does have her first holiday CD out this season. No, I’m talking about the Puppini Sisters — a three-part, London-based harmonizing group (with just one Puppini; they’re not actually sisters) that taps into that whole wartime Andrews Sisters vibe. CHRISTMAS WITH THE PUPPINI SISTERS puts a boogie-woogie spin on oldies like “Here Comes Santa Claus” and “All I Want for Christmas.”

Big-band jazz evolved from that era to modern interpretations like the elegant sounds Pink Martini has turned into a sensation from its home base down in Portland. JOY TO THE WORLD seemed to be the holiday CD I’ve been waiting for, as those big arrangements are perfect for the genre. But the group’s gone the other way here with a softer sound. A little surprising, but “Auld Lang Syne” is the kind of peppy barn burner you can imagine yourself sashaying to across a crowded New Year’s Eve dance floor. Still, this is a great CD, starting with the lost opening lines of Irving Berlin’s “White Christmas.” There are also a few tracks sung in exotic languages — Japanese, Ukrainian, Yiddish, Italian — a Pink Martini signature. Joy to the World would be perfect at the holiday cocktail party you’re dreaming of throwing, quiet enough to carry on a conversation over but charmingly odd enough to be memorable in the way every host craves.

I always admire artists who actually go to the trouble to write an original holiday song or two. How else will we ever freshen up the genre? Last year’s offering from Sugarland, Gold and Green, had a couple pretty good new songs, and this year’s offering from the Indigo Girls, HOLLY HAPPY DAYS, does, too.

Amy Ray and Emily Saliers are two of the best songwriters out there, and “The Wonder Song” and “Your Holiday Song” have that Indigo Girls thing, with mandolins, banjos and sweet harmonies. It’s not a bluegrass record, but it’s somewhere in that neighborhood. The Girls seem to founder a little under the weight of classics like “I’ll Be Home for Christmas” and “O Holy Night,” taking them straight on instead of putting their own stamp on them.

Maybe there are no new classics in this 2010 bunch, but thanks to them all for trying to help us survive another holiday season.

There was a real war on Christmas, but the current controversy isn't it