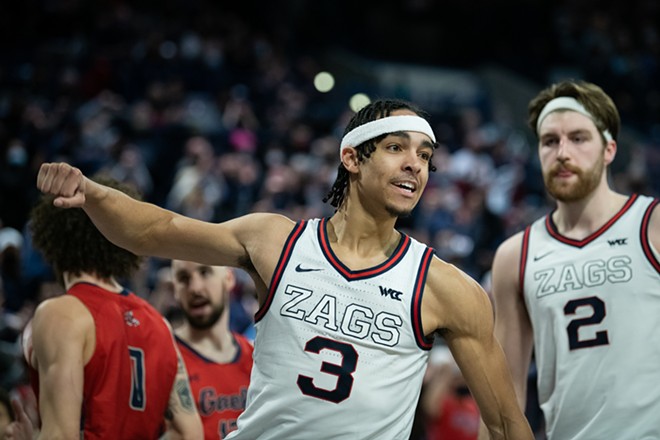 On Tuesday night in Las Vegas the Zags wrapped up an inevitability. Gonzaga was assured to make its 23rd consecutive NCAA Tournament appearance, win or lose.

There will be no sweating for the Zags between now and Selection Sunday. They’ve been selected, and they’re almost assured to be the top overall seed in the madness of March. Tuesday was just the Zags taking care of business. It was them dispatching a very good team, something they’ll need to do from here on out if they plan to win the national championship.

“Everything we are able to get off against [Saint Mary’s] is hard-earned. That’s what makes this one so sweet. That’s a really, really good team we beat. I’m really proud of our guys especially how we responded after losing the last one [to Saint Mary’s] of the regular season,” head coach Mark Few said after the game.

The top-ranked Zags took on the No. 17-ranked Saint Mary’s Gaels, the second best team in the West Coast Conference, in the WCC tournament final on Tuesday at Orleans Arena in Las Vegas, just hours after the Gonzaga women won their own WCC championship against BYU. They faced a team they’ve come to know, and that has come to know them, better than any other in the country. It was a game that was close throughout, and at times a bit scary for Zag fans, but Gonzaga pulled away in the end for an 82-69 victory. 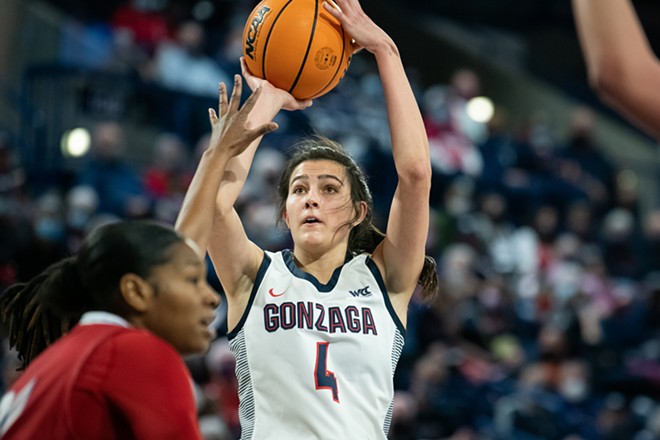 For Gonzaga, this result is more bragging rights and history-making than anything else. This win didn’t alter their path through March in any way. What it did do, however, was extend their run of dominance. It’s the 20th WCC Tournament championship for the program, all of which have come since the 1994-95 season. It cements a 23rd straight trip to the madness. And it’s a win over an arch-rival, ranked in the top-25. Gonzaga came to Las Vegas favored and they leave unlike most who come to Vegas, as winners.

Now, going forward, they have to find a way to ride and manage the high from this. The Zags won’t play again until next Thursday or Friday, depending on the NCAA Tournament bracket. Selection Sunday, this Sunday, will be when they find out who, when and where they play next. Their path, as the presumptive top seed in the West region, will see them play first in Portland, and should they win two games there, advance to San Francisco. Win in the Bay Area, and they’ll be on to the Final Four in New Orleans. But at this point, nothing is guaranteed. It’s win, or go home.

“It’s quite an accomplishment by this group to be able to go all the way through a season like this and end up with another No. 1 seed. I know sometimes people expect that, but it doesn’t magically happen,” Few said about his team’s performance so far this season.

From here on out, every win will be an accomplishment. Nothing is magically guaranteed. But Tuesday, the Zags showed that they’re as ready as ever.