ZAGS | NEXT UP: WCC TOURNAMENT

The push toward March Madness continues in Las Vegas 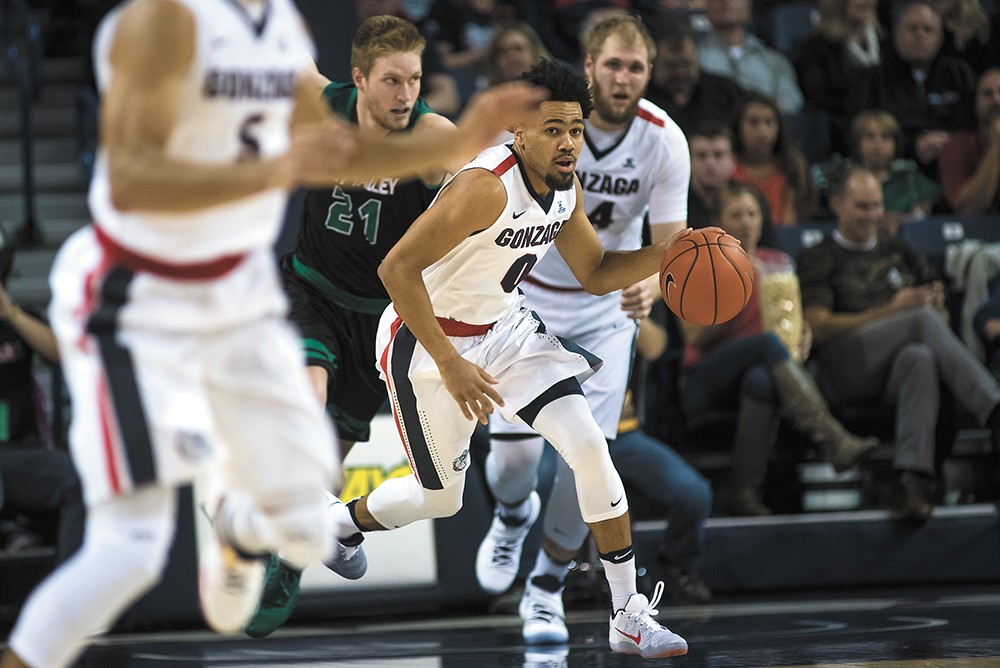 Austin Ilg
There may not be such a thing as a "good loss," but the Zags head to Vegas with new motivation.

Gonzaga lost its last regular-season game to BYU at home for the second time in the past three years.

The 79-71 defeat in the Kennel on Saturday night might seem disastrous, given that the Zags were 29-0 and vying to remain atop the college basketball polls heading into the West Coast Conference Tournament. Here's the thing, though: The loss might actually serve Mark Few's crew as the team turns toward the postseason. There might not be any such thing as a "good loss" — coaches hate that kind of talk — but now, instead of worrying about being undefeated, the Bulldogs can focus on winning the WCC Tournament. If they do that, chances are still good that the Zags will earn one of the four No. 1 regional seeds in March Madness — a huge step in their goal of reaching the Final Four for the first time in school history. That journey starts Saturday at 7 pm in Las Vegas, where Gonzaga will play the winner of Friday's Pepperdine vs. Pacific matchup. The game will air on ESPN2.