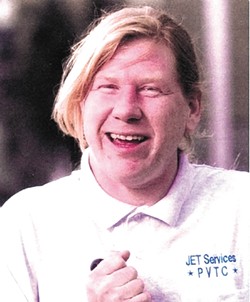 a white-haired police officer brandishing a baton rushed up behind him. Zehm, a developmentally disabled janitor, retreated and was knocked to the floor. He raised a two-liter Diet Pepsi bottle to defend himself from Officer Karl Thompson's blows. He was tased and hogtied as he struggled on the floor.

"All I wanted was a Snickers!" he shouted. Zehm died two days later in a Spokane hospital.

It would take months before the public would know the truth about what happened in the North Spokane convenience store. Thompson was convicted of excessive force and lying to cover it up, and was sentenced to time in a federal prison. Other officers on the force were found to have lied as well, and former Assistant City Attorney Rocky Treppiedi, who helped orchestrate the story that blamed Zehm for his own death, was eventually fired.

Treppiedi withheld crucial video evidence from police and the public. That footage, which Treppiedi told investigators "showed nothing of value," revealed Zehm being blindsided by Thompson and using the soda bottle to protect himself from baton strikes. 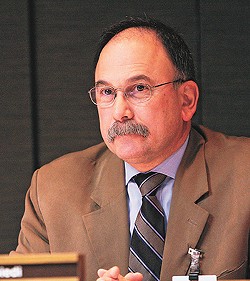 The ensuing legal battles, stretching until 2012, would also reveal Treppiedi's efforts to feed Thompson's legal team pieces of the federal investigation against him.

Assistant U.S. Attorney General Thomas Perez would later call the city and department's handling of the investigation an "extensive cover-up" and a "violent abuse of power." A federal prosecutor wrote in an email to the city that Treppiedi let his interests in defending Thompson and the city get in the way of his "search for the truth."

Zehm's death and the subsequent cover-up may be Spokane's biggest scandal of the past decade. The department, now led by Chief Craig Meidl, who saluted Thompson after he was convicted, is still struggling to regain the public's trust.

1935: SPOKANE'S OLDEST ORPHANAGE IS A HOTBED FOR MOLESTATION

1994-2006: A DEAL TO SAVE DOWNTOWN LEADS TO YEARS TRAPPED IN PARKING GARAGE HELL