It's tougher to grow hemp than weed in Washington, but the Farm Bill may change that 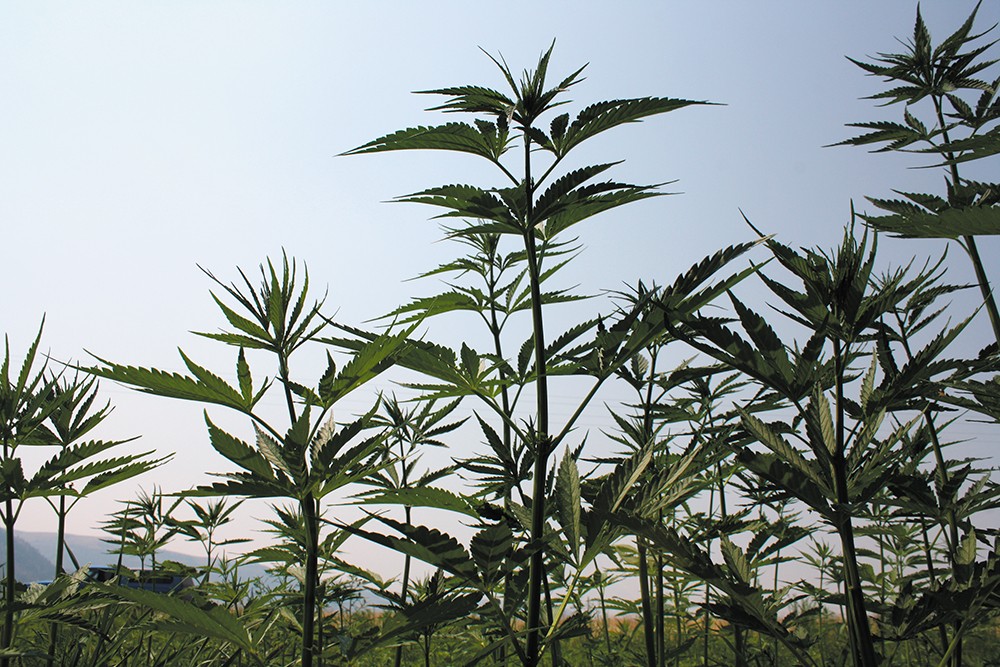 You can get high, obviously, from marijuana. But even though it's also bred from the cannabis plant, you generally can't get high from hemp, marijuana's nonintoxicating cousin, as anyone who has tried knows.

And yet, ever since marijuana was legalized in Washington state, hemp farmers — what few there are — have been subjected to a bitter irony: In most ways, growing hemp in Washington is far more restricted than growing marijuana.

"Compared to the marijuana industry, we have a long way to go," says Bonny Jo Peterson, founder of the Industrial Hemp Association of Washington.

But thanks to language in the U.S. Senate's new Farm Bill, that may be about to change.

Currently, Washington state farmers are only allowed to grow hemp for licensed "research" purposes — and only since that was legalized as part of the federal Farm Act in 2014. And currently, only two businesses in Washington are licensed with the state's Industrial Hemp Research Pilot.

One problem: It's illegal right now to process cannabidiol — CBD, the trendy hemp extract — in Washington state at all, Peterson says.

"Without the processing, people are afraid to grow it," Peterson says.

And getting seeds from across state lines is illegal too, she says, forcing farmers to import seeds from Canada.

In the U.S. House, amendments protecting legal marijuana and hemp have been blocked repeatedly by Rep. Pete Sessions, a Republican from Texas. (No relation to U.S. Attorney General Jeff Sessions, other than sharing a contempt for cannabis.)

But in the Senate? Senate Majority Leader Mitch McConnell comes from Kentucky, where hemp has deep roots in the state's agricultural history.

"Consumers across America buy hundreds of millions in retail products every year that contain hemp," McConnell said in a June floor speech before Congress. "But due to outdated federal regulations that do not sufficiently distinguish this industrial crop from its illicit cousin, American farmers have been mostly unable to meet that demand themselves."

McConnell successfully embedded language in the 2018 Farm Bill that not would not only federally legalized hemp — it would make it eligible for crop insurance.

Peterson says she's 95 percent confident that the hemp provisions, passed out of the Senate overwhelmingly in June, will become law. There would still be a few caveats, she says: Hemp would need to be tested for THC levels — the ingredient in cannabis that gets you high — and farmers would still have to submit the GPS coordinates of hemp crops to the government. But no longer would farmers need to be part of a convoluted "research program" or face restrictions on CBD processing or seed acquisition.

"We would have to put together a plan for the federal government and then go through and change our [state regulations]," Peterson says. "And it would still take about 90 days."

But once that happens, it could be vital for groups like the Colville Tribe, which had to leap through elaborate hoops when growing its hemp crop last year. The Colville Tribe has to abide by federal regulations like everyone else.

Peterson says Spokane Valley Rep. Matt Shea, head of the state's hemp workgroup, has been a crucial advocate pushing for legislation at the state level. Last year, the Legislature unanimously passed a Shea-sponsored bill that removed the crop from the Washington Uniform Controlled Substances Act.

In a 2017 video, Shea argued that there was a major pent-up demand for hemp production.

"I'm just super excited and I know there's a lot of farmers in rural Washington that are very excited to be able to diversify their crops as well," he said.

Eventually, Peterson says, hemp could be used for all sorts of products — even building materials.