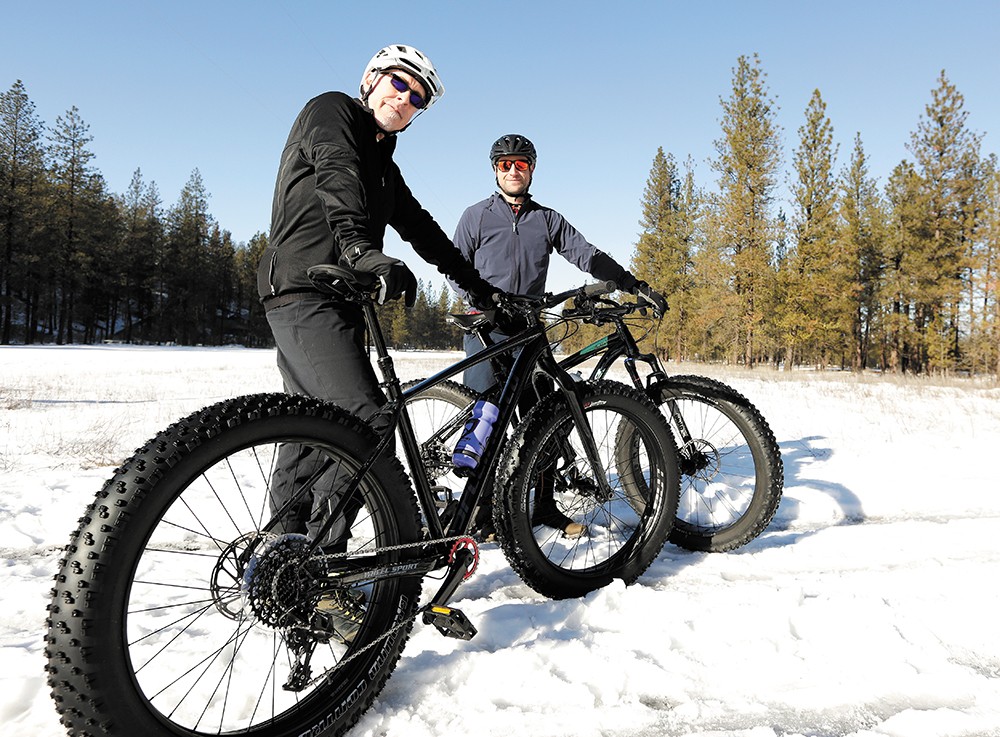 But Ryan Griffith, teen/outdoor recreation program supervisor for Spokane's Parks and Recreation department, isn't riding a normal bike. He's on a Specialized Fatboy bike with massive 4.6-inch-wide tires, big enough to climb over obstacles and wide enough to not sink into the ballast.

He and two of his friends packed their gear on three fat-tire bikes and set off across the tracks on a two-and-half day backpacking journey in February. 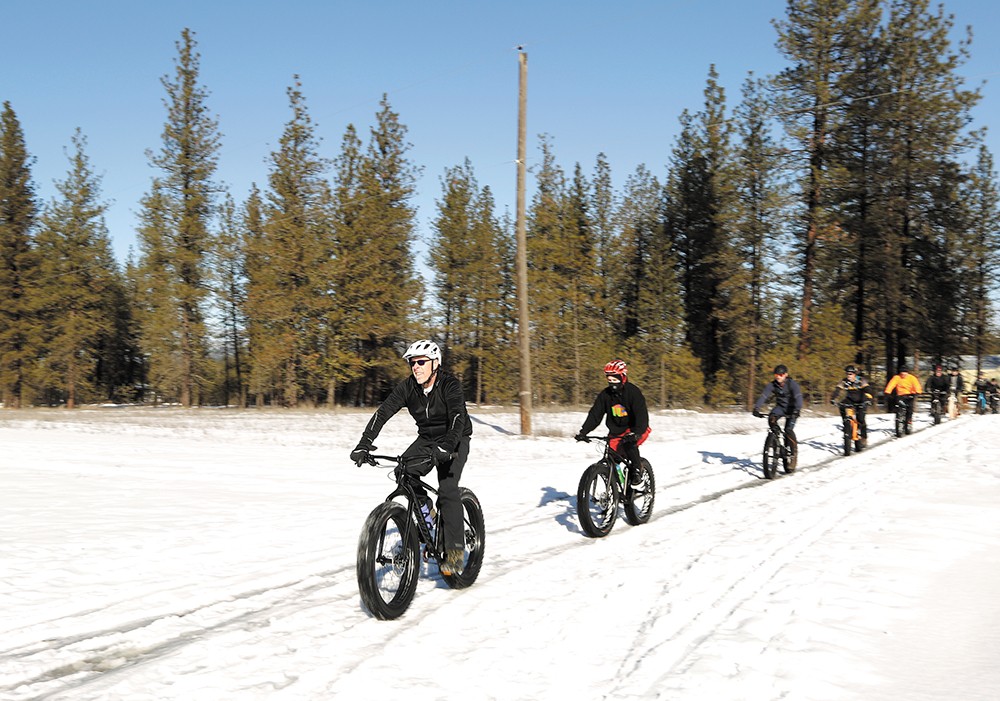 Young Kwak
Fat-tire bike riders head out on a trail at the 7 mile area of Riverside State Park.

"It's like when you're a kid — you've got a Big Wheel when you're starting, and now you're riding your bike," Griffith says. "Once you do it, you're hooked."