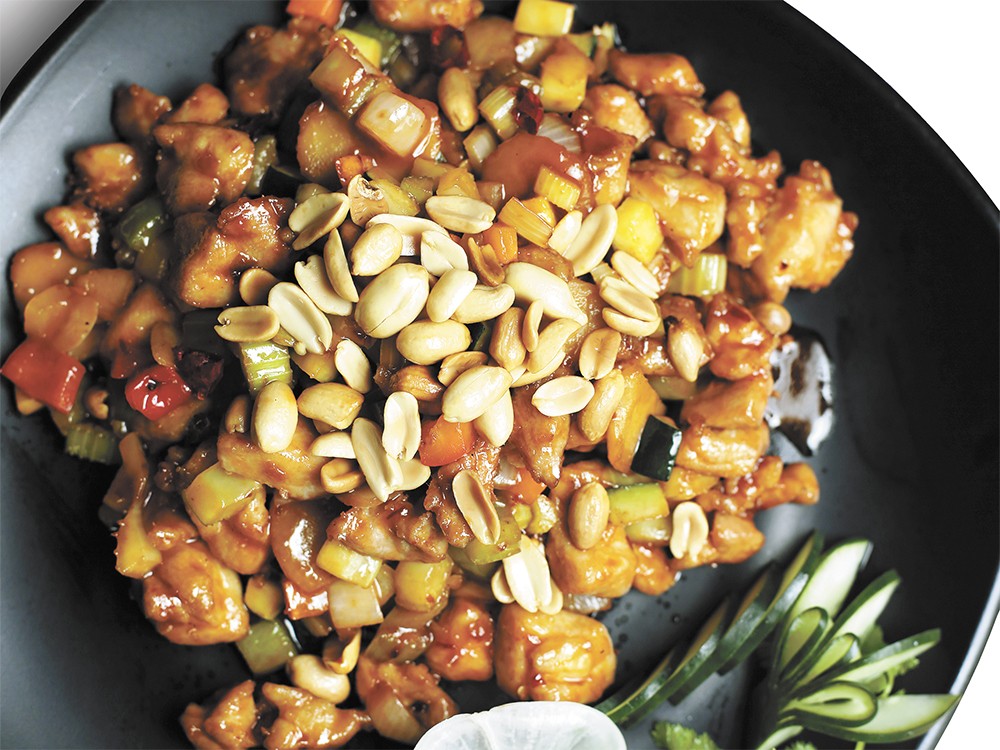 There are certain words that translate easily, like abundance — abbondante in Italian — which this year is a cuisine well-represented amongst the roster of newcomers to Inlander Restaurant Week. Why? Who cares. Let's call it a windfall and say buon appetito!

F is for family when it comes to Ferraro's Family Italian Restaurant. They've welcomed diners with home-cooked food for 10 years in two locations: on the Northside and Spokane Valley. Consistency is important to Ferraro's, both in terms of service — there's always an owner on-site — and the food. That's why the family eatery is offering some of its best-sellers for $21 per person during Inlander Restaurant Week: baked lasagna, chicken fettuccine and sausage-breaded fried ravioli with tangy marinara. "We are expecting a lot of new customers and we want them to come back and have the same great experience as they will have during Restaurant Week," says Jason Ferraro.

This longtime downtown restaurant's interior is a mixture of Old World elegance, Spokane's golden age and casual charm, contributing to its reputation as a dining destination. Although tradition usually places the insalata later in the rotation, for $31 per person, Italian Kitchen starts you with salad (or soup), followed by a cross between traditional primo (first course) and secondi (second course) entrees of blackened halibut, lasagna or a three-cheese chicken dish over angel hair pasta. Save room for dolce (dessert), like tiramisu, which pairs perfectly with a local glass from Maryhill Winery.

Few foods are associated with both Old and New World Italy like pizza, although the variations on this ubiquitous handheld are endless. At Flame & Cork Wood Fired Pizza in Hayden, the emphasis is on traditional techniques and from-scratch ingredients, says Connie Young, who opened the place with stepson Nick Young and Nick's father John. The Youngs let their dough rise 48 hours, house-make everything they can — from sauces to grinding their own pork into meatballs — and stock an array of local beverages, including cider by North Idaho Cider and local Mad Bomber Beer, two of the restaurant's Drink Local features this year for Inlander Restaurant Week. Thing is, Flame & Cork is offering more than just pizza for this year's fixed-price menu, so good luck deciding. Try the Sicilian-fired pizza with red sauce and fennel sausage, the baked penne pasta or the gluten-free wild mushroom and Brie pizza (you just might convert).

Also in Hayden, Radicci Italian Bistro has all the classics, from arancini (stuffed rice balls) as an appetizer, veal saltimbocca for an entrée, and cannoli pastries for dessert. For $21, their Restaurant Week menu offering is a mixture of standard menu items like panna cotta and pasta puttanesca, a spicy, tangy red sauce with capers and olives, and specials like the caprese crostini, which combines the best parts of crispy toast points, melty cheese, piquant pesto and tomatoes roasted to a savory richness.

With just over 30 years in business — at the same historic downtown location, no less — Luigi's has perfected the magic of doing very simple things exceedingly well and consistently enough to become a landmark location for Spokane's dining crowd. And for Restaurant Week, they've put together a menu with a smattering of sure-to-be-favorites at $21, beginning with the first course of scallops, garlic bread or caprese salad. You'll debate mightily over the second course — try pesto gnocchi with artichokes — and have an equally difficult time deciding on an almond tortoni, traditional cannoli or the always decadent tiramisu, sponge cake soaked in espresso with a rich cream filling.