Report: Only 8 percent of Washington's kids have access to publicly funded preschool 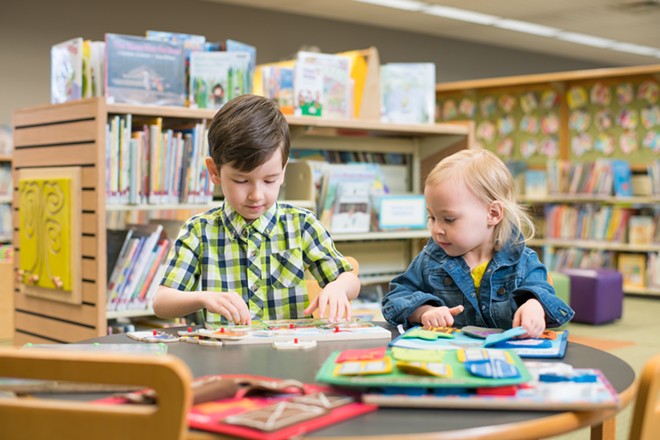 new report says less than half of 3- and 4-year-olds in Washington attend preschool, and just 8 percent have access to publicly funded, high-quality prekindergarten.


The findings, released as part of the KIDS COUNT Data Book that is published by the Annie E. Casey Foundation, highlights a lack of access to quality early learning in the state.

"It's significant in the sense that we are not maximizing opportunities to invest in high-quality learning for children that would benefit the most," says Allison Krutsinger, early learning policy director of the nonprofit Children's Alliance in Seattle.

The lack of access to high-quality pre-K programs creates gaps in opportunities that can lead to inequalities in the education system, disproportionately impacting low-income and children of color, Krutsinger says. Research has shown that early learning can increase the number of kids ready for kindergarten and reduce racial disparities, Krutsinger says.

The rates of preschool attendance have grown in Washington since 1990, but less so than 36 other states, according to the report. In 2017-18, Washington preschool enrolled 12,491 children. The state spends an estimated $8,854 on each child enrolled in preschool.

Krutsinger says the Children Alliance has pushed the state Legislature to fund more slots for pre-K and to expand income eligibility. Doing so would help alleviate costs of child care for many families, she says.

"By increasing eligibility and funding more slots, you really do ease the financial burden on families looking for full-time year-round care," she says.