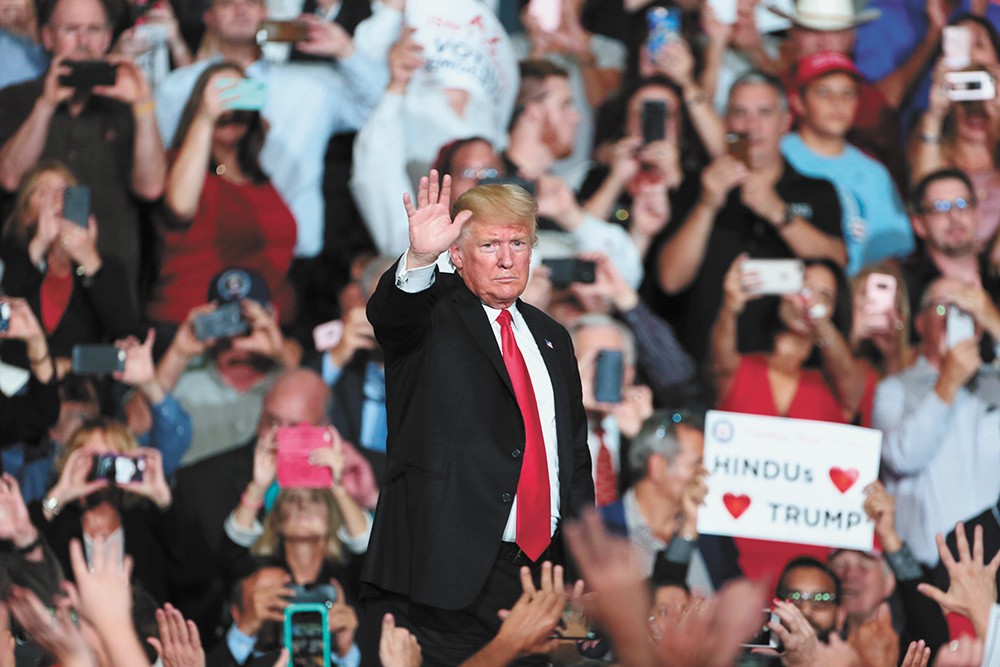 Readers respond to a New York Times article on Inlander.com about a GOP-led protest that derailed a deposition on an impeachment inquiry into President Trump (10/23/19):

Alex Shaffer: Wasn't that long ago that Trump supporters were so concerned with impoverished immigrants breaking the law, but not that a rich Republican president and his party are breaking the rule of law over and over.

Jesse Hyde: Yeah, they blocked members of the committees holding these proceedings. Can't do that plain and simple. Oh and impeachment won't work because guess who votes on the impeachment recommendations? The Senate does and the Senate is Republican controlled. If you wanted to piss people off and unify the Republican Party, you got it.

Gail Cory-Betz: They broke the law and should be arrested.

Dolly Epperson: Oh OK, that's what I will do if I ever get jury duty or subpoenaed by the law! Lol, I'll just protest and make it go away!

Sheri Chin: Yes, and 45 was party to the conspiracy to do so, according to reporting on Bloomberg. Not only did they disrupt the deposition in the Intelligence Committee, but they compromised national security in a secured room with cell phones which is against security protocols.

Chris Mark: Ironic, coming from those "law and order" folks.

Cathy Matresse: Without consequences, this behavior will be repeated. Ask the parent of any 2-year-old.

Lorna Hartman: Couldn't be a plainer statement of desperation to stop the proceedings than being willing to break the law en masse to bring the inquiry to a halt.

Melissa Owens: If any other civilian had tried to rush a secure room, they would have been tackled to the ground and hauled off to jail. Why are lawmakers governed by a different set of rules than the rest of us? No more lifetime politicians. Public service is just that, not a free pass. ♦

I am writing regarding your admonition to vote ("It's on You"), or not to complain. I would like to remind you of what Jerry Garcia of the Grateful Dead said, "Constantly choosing the lesser of two evils is still choosing evil."