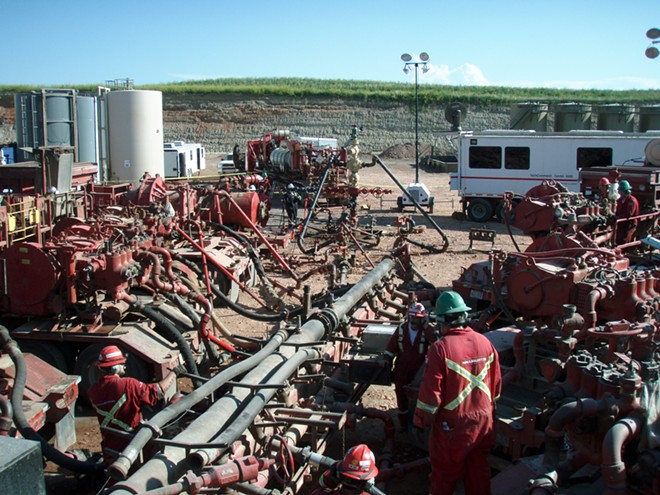 Oregon has warned a hazardous waste landfill operator that it violated state law when it allowed more than 1,284 tons of radioactive fracking waste to be disposed of at its Central Oregon site.

The landfill in Arlington, a few miles from the Columbia River and on the border with Washington, is operated by Chemical Waste Management (CWM), a subsidiary of Waste Management.

The Oregon Department of Energy (ODOE) found the site had accepted naturally radioactive fracking waste multiple times since 2016 after receiving a tip from a North Dakota citizen last fall.

Equipment, water and chemicals used during the fracking process can mix with radioactive materials that naturally occur in the ground. Certain radium isotopes found in the waste are not allowed to be disposed of at the Oregon hazardous waste site, but CWM improperly accepted it, considering it exempt from state rules, according to a Feb. 13 ODOE violation notice.

It's unclear if the waste came through Spokane on its train ride from North Dakota to Oregon, but seems likely given the rail routes in the area, says Dan Serres, co-director of the Power Past Fracked Gas Coalition.

"We've been calling for an independent investigation into what happened, how it happened and the level of risk to all these communities along the rail route," Serres says. "I understand Spokane is on a sole-source aquifer that's been at the center of the conversation around oil trains. If that derails, what happens to the supply?"

However, ODOE does not believe communities were exposed to a safety risk, says Ken Niles, ODOE's assistant director for nuclear safety.

"We didn't try to identify what the route was because we didn't feel the transportation aspect, given the low radioactivity of this material, was an issue," Niles says.

CWM has 30 days from the Feb. 13 letter to respond with the pros and cons of leaving the radioactive waste in place or digging it up. ♦