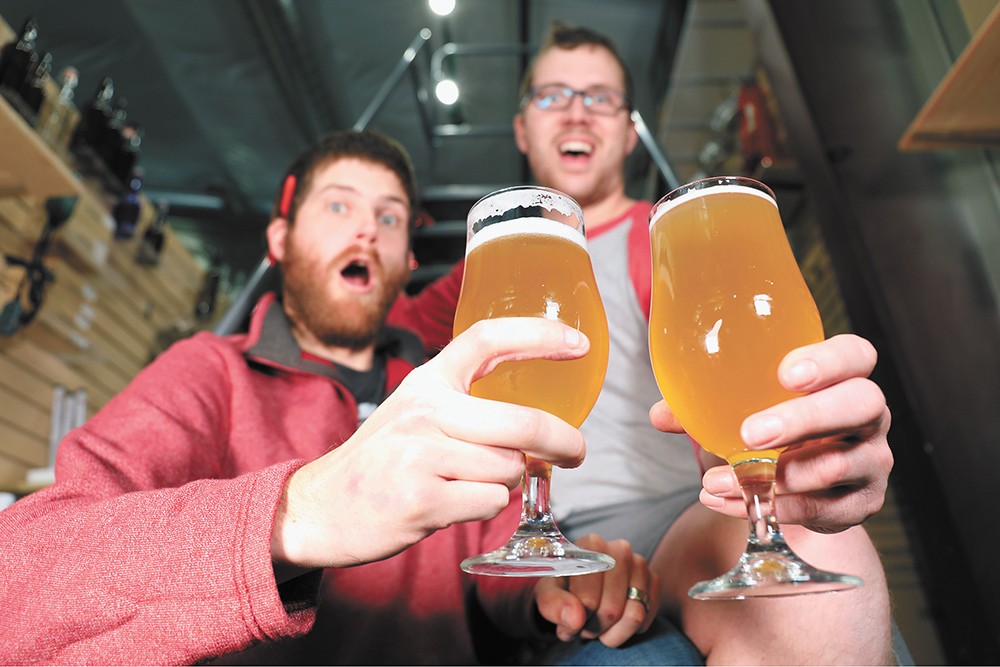 If you think about it, the art of brewing beer is as visually interesting as it is delicious — the way the hops and the yeast and the grain all swirl together to create that sweet amber-colored goodness. Spokane's Genus Brewing has taken full advantage of that, and they've taken their passion for beer to the internet with great results.

The business was started by Peter McArthur as a bottle shop, and he and Logan Cook have since developed it into Spokane Valley's primary destination point for anybody who's interested in brewing beer at home. You can still grab a pint while you're there, and the available taps usually feature some of Genus' more experimental small batches with unexpected flavors.

McArthur and Cook are also the two dudes you see on Genus Brewing's YouTube channel, which handily won in our readers' poll for best local internet stars. They've racked up more than a million views and 14,000 subscribers in the three years they've been posting videos, which is no doubt a consequence of their easygoing style and variety of content.

It's true that you can teach yourself how to do just about anything by finding video tutorials on YouTube, and Genus' posts could inspire you to finally turn your garage into a makeshift brewery. Their how-to guides walk you step-by-step through the beer-making process, they chat with other brewers and beer aficionados, they try out outlandish and elaborate brewing techniques and they review other craft beers. Easily their most popular video (with 65,000 views) is a helpful walkthrough of the "myths" of home brewing, and they've done several more in the series since.

McArthur and Cook have a casual rapport on camera and an entertaining, low-key charm, delivering advice with authority and usually with a craft beer in hand. They don't dumb down their content, but they also don't talk to you like a couple of above-it-all beer snobs. There's something there for casual drinkers as well as more refined home brewers.