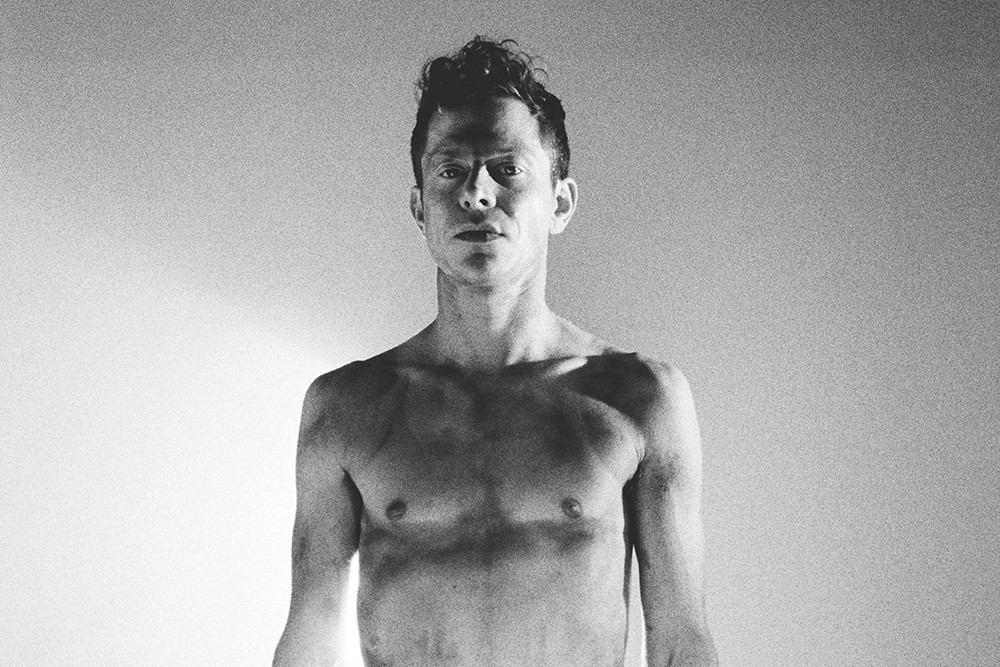 Perfume Genius' new record Set My Heart on Fire Immediately opens with Mike Hadreas catching his breath as he intones "Half of my whole life is gone," backed only by a funeral organ. Soon a piano twinkles to life, and then a reverb-y Roy Orbison-inspired guitar flowers on the mix. It's a bracing opening to an album that shapeshifts multiple times in the span of 13 songs.

Hadreas, who has been performing as Perfume Genius since 2008, is known for evocative, poetic lyrics exploring queer identity and physical pain, inspired by his own struggle with Chron's disease. This latest collection is arguably his strongest yet, and certainly his most stylistically diverse. "Jason," drenched in harpsichord and strings, is an unflinching snapshot of a one-night stand with a straight man. "Moonbend" seems to refract back upon itself in a waltzing reverie, and the pulsating "Nothing At All" explodes in Sufjan Stevens-esque keyboards. "On the Floor" is an island of glittery dance-pop in the middle of the album, though its strutting guitars belie the darkness of its lyrics.

Just a few days after Set My Heart... debuted to critical raves, Hadreas chatted with the Inlander from his bed, where he's been doing all of his recent promotional interviews. We talked about how the album was inspired by interpretive dance, the pros and cons of not being able to tour right now, and embracing bad reality TV in quarantine. (Responses have been edited for clarity and length.)

INLANDER: Is there any art that's helping you cope with isolation?

HADREAS: I feel like I've been listening to music constantly. There's this Mexican artist, Lhasa de Sela, and I've been listening to one of her songs ["Rising"] over and over the last two days. I had never heard of her before. The whole record is really beautiful. And what have we been watching? I tried to watch that Love Is Blind show on Netflix, that dating show. Did you watch it?

It's so baffling! I mean, I don't know if they put me in one of those pods if I'd be just as intense, if I would be proposing to someone and getting married to them. I probably would have done it, to be honest.

Do you really think so?

And now they have literal walls.

[laughs] Yeah, I know. The men on it are so intense with their proposals, and how corny they are. I don't think that would have worked on me.

Speaking of isolation, do you find this time to be a particularly creative one?

Not yet. I've been singing a lot, but mostly covers. Singing just to sing, to feel good. I'm also just now putting something out, so everything is so focused on what I've already done. I shouldn't move toward something else just yet. I always feel like that with a record, because the record has been done for months. It's shared with everybody now, but I happen to have a long relationship with this music.

How has it felt to release an album without being able to immediately go out on tour with it?

It's different. Touring is stressful and nerve-wracking, and sometimes it's not set up for you to succeed. You want to be able to share what you made, but maybe there's some barriers to that because you can't hear yourself, or the lights are weird. But then there's times where everything lines up, and you can feel the audience, and everything fits together and it's really powerful and cathartic. I don't have either of those things now. But the music is out to everybody, and I don't have to leave my house to share it. I can feel that energetically right now. It feels really good for everybody to have the music.

I was really struck by the variety of sounds on the album. Is that mix something you're attempting when you go into the studio, or is it created there?

I think it's all of that. More than anything, it's just how I listen to music. I'm all over the place. I'm kind of chaotic, I guess. Throughout the day, I'll be listening to something minimal and slow, and then I'll [put on] something over-the-top and campy. I'm generous, I think, with how I listen to music, and my tastes are all over the place, and then ends up being the weird soup that the music comes from.

Although I don't think the album sounds chaotic. Everything feels of a piece, but sometimes you get to a song that's going off in a slightly different direction, and that's exciting.

I felt much more like we were making an album album when we were making the record. It didn't feel like a collection of songs. It felt like one thing. And I don't know if that was a byproduct of how we made it, but I also wrote a lot of the songs pretty quickly, one right after another. About a half of them I wrote within a week, and I think that helps to make it feel like it was all the same thing.

Critics have written about this album being inspired by your recent foray into the world of interpretive dance. Would you say that's accurate?

Yeah. I wanted to write about people and things and in moments of time and not just ideas of them, make a situation for the feeling to live in. Between the lines or from the story, you get the bigger picture emotionally. Dancing felt like that to me. It felt like I was doing feelings instead of thinking about them or conceptualizing them. I was having them in a very real, physical way. It changed the way I wanted to write on this record. I wanted the feeling to be funneled through that. I wanted to feel more like a captured moment or like a picture that you can live in. ♦