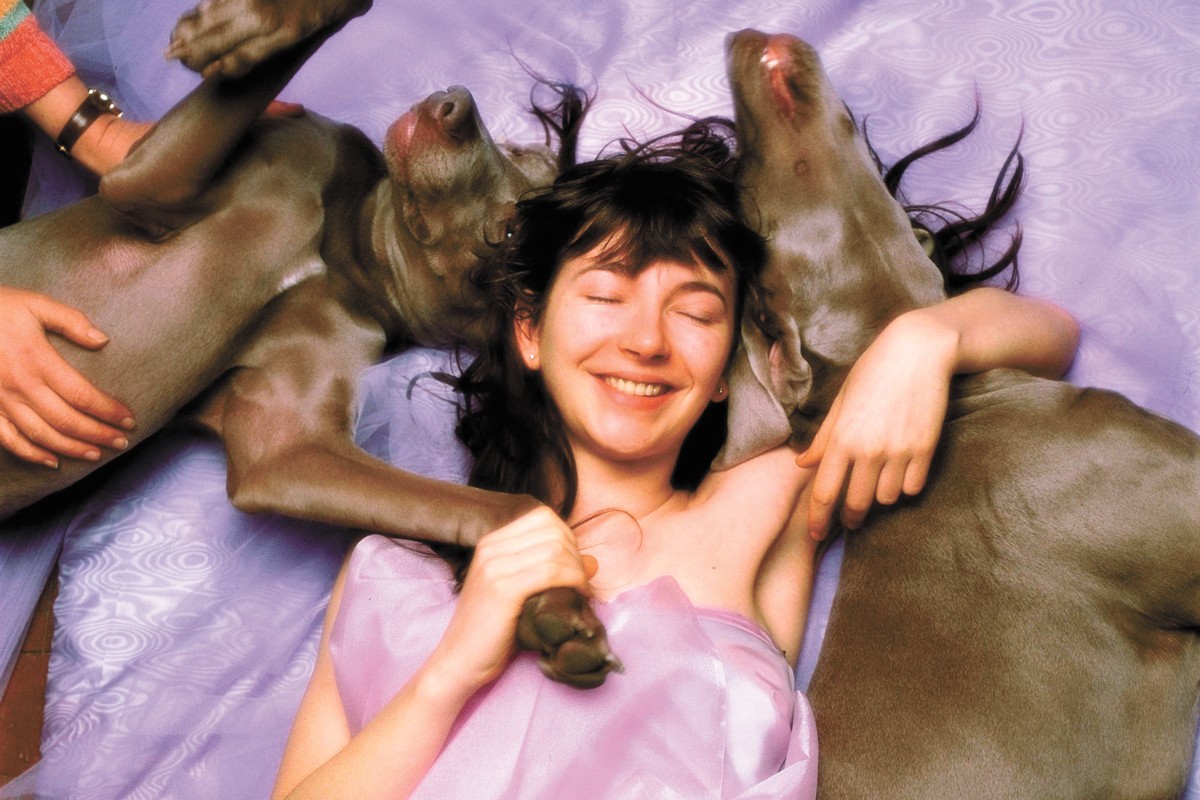 I don't know if it's possible to be seduced by a song, but it's how I felt the first time I heard Kate Bush's "Running Up That Hill." It seems to emerge from a shroud of fog and mystery with thudding electronic percussion and elastic synths, which gradually intensify into a thunderstorm of overlapping incantations, wailing electric guitars and guttural pleas to a higher power. By the end, it actually feels like you've run up that hill right alongside her.

It's the opening track of the British musician's 1985 opus Hounds of Love, released 35 years ago this week, and it remains the apex of Bush's remarkable artistic legacy. It was a No. 1 smash in her native country, and it's generally beloved by 21st-century critics: Pitchfork named it the fourth greatest album of the '80s (behind only Purple Rain, Thriller and Straight Outta Compton), and "Running Up That Hill" the sixth best song of its decade.

Even so, it somehow seems like it still doesn't get the credit it deserves, especially in America. Bush has never received much mainstream radio play in the states, where her arty, eccentric sensibilities were dismissed by her contemporary critics as baroque gimmicks and rejected by audiences that had turned their attention to post-punk and new wave.

She was a musical wunderkind from a young age, mentored by Pink Floyd's David Gilmour and producing dozens of self-made demos as a teenager. Bush's first single, 1978's ghostly "Wuthering Heights," hit No. 1 on the U.K. charts mere months before her 20th birthday. It's the kind of song that's completely unmoored from the conventions of any recognizable era: It sounds unlike anything else that was being produced in the late '70s, but you can also imagine it being dropped in the middle of 2020 and coming as a total revelation. It's antique and futuristic at the same time.

Bush became her own producer in 1982 with her fourth LP The Dreaming, much of which she programmed on a Fairlight synthesizer machine, a relatively new invention at the time. The record still sounds unusual today: Bush's voice slithers through synthetic soundscapes on songs filled with beguiling polyrhythms and vocal samples, and with subject matter ranging from the Vietnam War to Harry Houdini to The Shining.

The Dreaming was mostly regarded as a curiosity then (its critical standing has improved tenfold in the decades since), and so its follow-up Hounds of Love was embraced in England as Bush's return to a more approachable sound. It's one of those records that you never forget hearing for the first time, not only because it pulls you in so effortlessly but because it boasts one of the most consistent A-sides of its era: From the unrelenting bass drum and thrumming cellos of the title track to the wide-eyed majesty of "Cloudbusting," it's a soaring, exhilarating listen.

But the back half of the record is where Bush retreats into conceptual hubris, with a mini-suite that looks to recreate the fractured psyche of a shipwreck survivor drifting alone at sea. Dubbed "The Ninth Wave," the seven-song cycle uses eerie ambient sounds, spoken word snippets and traditional Celtic instruments, drifting between consciousness and a dream state and culminating with an eventual rescue. It's cinematic and cerebral, a continuation of the experimentation heard on The Dreaming but honed into a more focused (though no less daring) narrative.

Hounds of Love remains such a thrilling album 35 years after its release, and it's frankly insane to revisit some of the critical shrugs that greeted it in 1985. Even mostly positive writeups (usually penned by men) managed to drip with condescension: The New York Times, despite praising Bush's production skills, couldn't help but patronize by calling her voice "girlish yet provocative," and categorized her style as "slightly precious, calculated female art-rock." Never mind that she was the first woman to top the British singles chart with a self-written track, and the first solo female artist to ever top the British albums chart.

What's most remarkable about Hounds of Love is Bush's gripping production work: Even though she hired a host of session musicians to take on her complex arrangements, it nonetheless feels like an auteurist record, driven by a single vision. It's a sonic epic, but it still manages to conjure images of Bush spending hours alone in her private home studio, tinkering with computers and discovering new sounds. You can hear so many of those innovations seeping into the late '80s output of Prince and the Eurythmics, and artists like St. Vincent, Grimes, Solange, Adele and Big Boi of OutKast have cited Bush as a primary influence.

She's still pushing artistic boundaries, releasing decidedly noncommercial, high-concept albums and refusing to fall into the standard touring schedule of most entertainers (her 22-night London residency in 2014 was her first time headlining concerts since 1979). She's been fiercely independent her entire career, and has never not done everything exactly her way.

There's a fleeting moment on Hounds of Love that sums all that up: About halfway through "The Big Sky," right before it bursts into a mantra-like coda, Bush casually drops a request: "Tell 'em, sisters." And the response is a chorus of her own voice, layered infinite times atop itself. That's because Kate Bush is the entire cast of characters in her strange rock opera — the artist and the ingenue, the eccentric and the pragmatist, the protege and the mentor. She's one of the preeminent pop geniuses of our time, and it's time she got her due. ♦