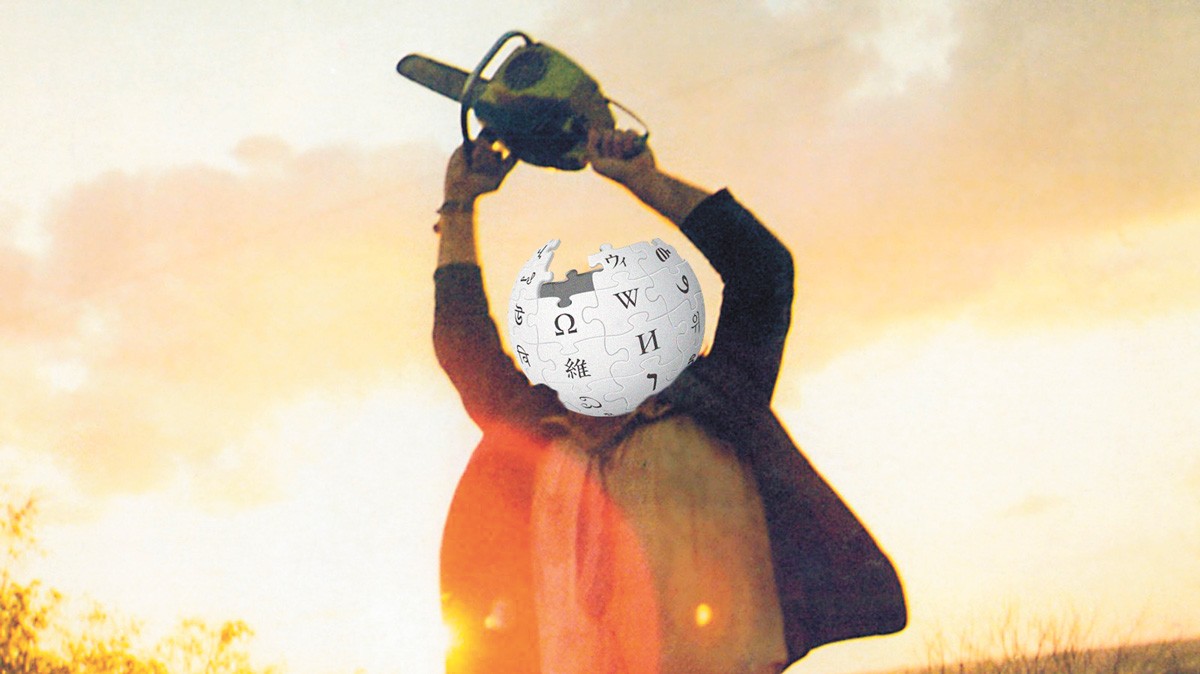 Blame my Christian upbringing, where we just didn't watch R-rated movies — much less scary R-rated movies. My experience with the horror genre was largely confined to the gnarled faces screaming at me from the aisles of Blockbuster.

And now, even as an adult who is technically mature enough to watch R-rated movies all by myself, I rarely do. Sure, I like deconstructions of the horror genre, like Cabin in the Woods. But straight-up mind-warping, bone-crushing horror? Even Black Mirror episodes are often too disturbing for me.

But here's the thing: Horror is such a crucial part of American culture, the foundation of so many references and homages, that completely covering my eyes is hardly a solution. I'm left with the same sort of foolish curiosity that plagues the victims in these movies: I know I shouldn't go in there, but some dark force still compels me to find out what happens.

The Wikipedia summaries of horror movies sap away the gore and mop away the blood, leaving only black text on a white background. They're clinical, matter of fact, mostly humorless.

And Wikipedia is how I experienced the most grisly moments in movies like Saw ("...with a cigarette dipped in the corpse's tainted blood..."), Final Destination ("...whose house explodes after she is impaled by a falling kitchen knife..."), Hellraiser ("the blood resurrects Frank as a skinless corpse..."), and Event Horizon ("...a video log of the Event Horizon's crew fornicating and mutilating each other"...).

No jump scares. No shrieking violin soundtracks. No scary images. No scarring images. My curiosity is satiated. I can walk away with my mind unscathed and my pants unsoiled.

That's the power of spoilers. Spoilers are despised because, by giving away surprises, they defuse a movie's drama, stealing that tension of not knowing what's going to happen next. But spoilers can also be used to defuse horror. When you know, going in, who's going to be chainsaw-massacred and who's going to ride the pickup truck to freedom, it feels a bit safer to watch.

Still, even the protective shield of Wikipedia can only do so much: After I read the summary detailing a particularly twisted twist in the nasty home invasion movie Funny Games, it was such a cheap and unfair violation of the internal rules of cinema that it stuck. A few lines of Wiki text burrowed into my skull, squirming to the surface every so often to disturb me anew.

After all, horror isn't always about gore or music or screams or images. Horror, at its core, is an idea. And once an idea begins haunting you, it's almost impossible to exorcise. ♦