A Rock, An Island

As one half of Simon and Garfunkel, Garfunkel was the more popular and recognized member. 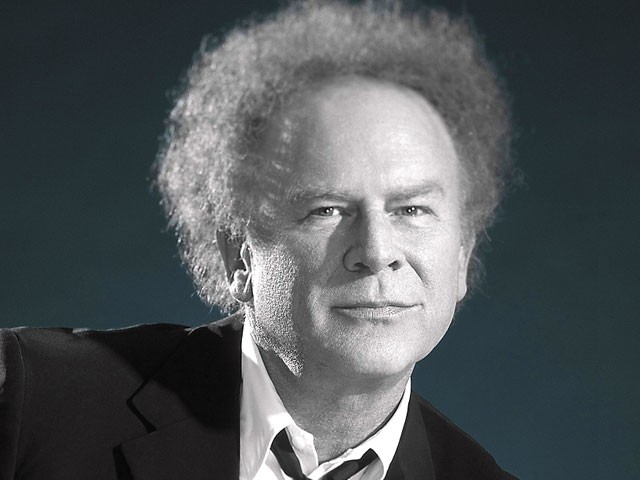 FOLK Though most famous as a part of a duo, Art Garfunkel has spent most of his career just trying to make it alone

They say that breaking up is hard to do. Art Garfunkel should know that it’s true.

As one half of Simon and Garfunkel — arguably the most successful singing duo of all time — Garfunkel was the more popular and recognized member. Paul Simon wrote the songs, but it was Garfunkel’s appearance — taller, better looking, with a trademark shock of kinky, red hair — and his soaring counter-tenor voice that drew the most attention.

Rock music lore would have it that Simon and Garfunkel broke up in 1970 because of this awkward dynamic, despite having been best friends since they were in the sixth grade together, and despite having just released Bridge Over Troubled Water, the best-selling album of their too-brief career as collaborators.

But Garfunkel? Not so much. For a period of a couple years in the early ’70s, Garfunkel concentrated on an acting career. He starred in two Mike Nichols films, Catch-22 and Carnal Knowledge, to some faint critical praise. He then returned to music, releasing a series of solo albums throughout the ’70s — each successive album seeing a precipitous drop in sales.

After the commercial flop of 1981’s Scissors Cut, Garfunkel reunited with Simon for “The Concert in Central Park,” a live performance that drew an audience of more than 500,000 people and spawned a popular live album and concert video. Based on the success of their reunion, the duo decided to embark on a world tour and they recorded a studio album together. Creative differences, however, struck once again. Simon re-worked the album himself, removing all traces of Garfunkel and releasing it as a solo album: Hearts and Bones. The two didn’t speak for years.

Garfunkel took a hiatus from music. He married Kathryn Cermak, a former model, and began to raise a family. (He and his wife have two children.) He also started writing poetry, which would eventually culminate in the release of Sometimes When I’m Dreaming, the first album to exclusively feature his own songwriting, and the first time he’d written a song of any kind since his earliest teenage collaborations with Simon. That album didn’t make much of a splash.

Most recently, Garfunkel recorded an album of standards titled Some Enchanted Evening, which features songs written by famous songwriters (the Gershwins, Rodgers and Hammerstein, Jobim, et al), and previously recorded by other famous singers (Sinatra, Baker, Vaughan, etc.). It’s a difficult album to understand though: Arrangements are suspect, forcefully straining classic tunes through a synthesized, soft-rock filter. Garfunkel’s voice, while still beautiful, doesn’t seem well-suited to singing many of the songs, some of which require more force than his brittle tenor can summon.

Another Simon and Garfunkel album is reputedly being discussed. “I think the answer is sort of yes with a wink,” Garfunkel told TVGuide.com last year. “I have stuff up my sleeve I don’t want to be specific about. Paul and I are hanging more freely these days. The feeling is: Well, if you’re interested in taking it further, count me in.”

The duo recently finished a successful tour together and, by all accounts, managed to stay friendly. But until then, Garfunkel is on the road by his lonesome.