John Blakesley spent five years in the mountains, and he has the songs to prove it. 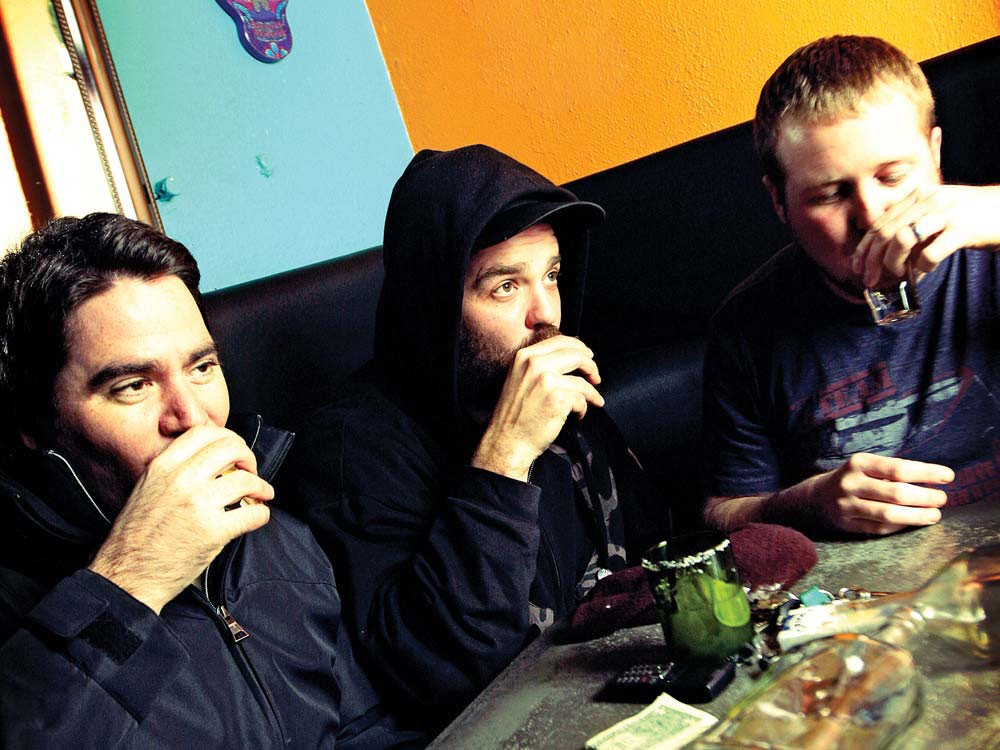 John Blakesley likes chopping wood.Which seems fitting. With his curly brown hair, beard and smiling eyes, it’s easy to picture him by a campfire with a 12-pack of beer. His conversations are dotted with phrases like “mountain living” and “homesteadin.’” He knows the communes that populate Spokane’s woodland areas.

Born and raised in Spokane, Blakesley spent five impressionable years in his 20s in the mountains around Priest Lake. It was there he taught himself to play guitar. You can smell the mountain air in the music of his band, Hey is for Horses! It reflects a very specific geography and small-town lifestyle.

“We’re an original Northwest rock and roll band,” says Blakesley, who also books and promotes local shows, like Elkfest. “There is definitely no one like us. We just stick to what’s true and what we know. The Northwest area influences us and is reflected in the lyrics.”

In Hey is for Horses!, Blakesley crafts three-minute musical stories about Spokane, Mother Earth and buffalo spirits. The four-piece sprung from local side projects a year ago and is slowly, carefully recording its first album.

But the full band takes second stage to Blakesley as a singer-songwriter.

“People tell me I’m more of a storyteller than a performer,” he says. “I’ve always loved the really raw appeal that acoustic songwriters have. Some of the best songs are introspective and look into the minds and souls of an artist. Nothing about me is faked and as a band we’re not trying to sound like anything we’re not.”

At the mic, Blakesley’s voice is sometimes timid and melodic. Other times, he releases gut-wrenching wails. Songs like “Bleed Us” have reggae-like rhythms and guitars. Another, “Rastaman,” sounds like a hippie doing Tom Waits covers.

Blakesley is even known to take the stage as an emcee, with a style that is surprisingly Northwest — as if the Beastie Boys were rapping about frolicking through the forest, riffing to the rhythm of an acoustic guitar.

“I don’t know if you’d call it rapping,” he says hesitantly, “but yeah, I guess it is. I like to take the crowd to the next level.”

Despite the band’s novel approach, the eclectic foursome is taking their music slow and steady (they played 20 shows in 2010 — far fewer than some local acts), playing when and where the time is right.

“I’m not an amazing guitarist or an amazing singer necessarily,” he says. “But when it’s done all together, with the band and the lyrics, we really complement one another to make a sound that means something. People can tell the music is from the heart and we’re just doing what we love.” n music@inlander.com