Out on his Own

The next generation of rock and roll: Lukas Nelson & Promise of the Real. 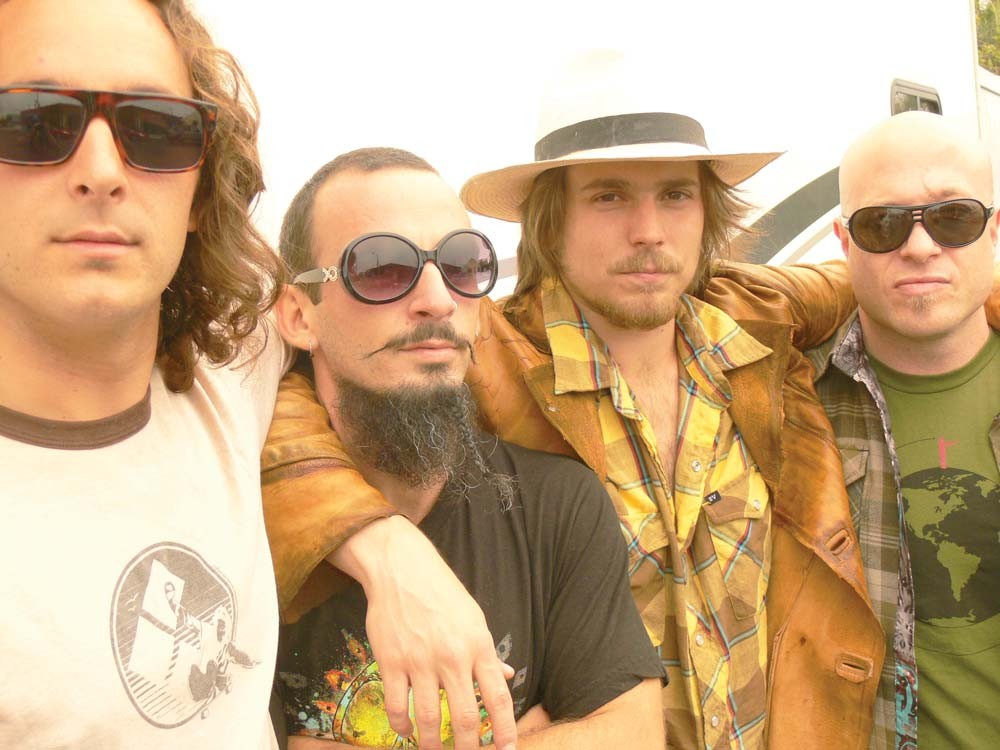 Like any kid obsessed with Star Wars and light sabers, Lukas Nelson wanted to be Luke Skywalker, the saber-wielding Jedi knight out to battle evil forces in the galaxy. Unlike most other kids, though, when he wasn’t at home in Texas or Maui, he was on tour with his legendary dad, Willie Nelson, traveling from town to town on a bus called Honeysuckle Rose, in the name of music.

As these kinds of stories go, our young hero journeys far and wide. He has some major life turning points: He goes to college in LA, drops out (he knows his parents will cut him off financially if he does, but he just has to play music). He reads Siddhartha five times. He does a lot of surfing.

In the end, Nelson grows up to be a singer-songwriter, like his father before him. And the force is with him.

That brings us to Lukas Nelson & Promise of the Real, currently on tour for their first album, self-titled and released in December 2010.

In a phone interview from Denver, Nelson describes the group members as “family” and “Promise of the Real” as a commitment to staying genuine and bringing people together through music, “rather than putting on this façade of coolness, or angst, or artists who are angry, because that’s not who we are.”

It’s Nelson’s voice and words — and the humility you’ll find in both — that are most reminiscent of his father. Willie sings backup on three tracks, and he penned the anthem-like “Peaceful Solution.”

But Lukas was also under the influence of Hendrix, Stevie Ray Vaughn, B.B. King, and Bob Dylan, so his interpretation of a Willie Nelson song takes an electric turn. When the band played “Four Letter Word” on Letterman, Nelson headbanged until he lost his glasses, and pulled a Hendrix and played guitar with his teeth. (Nelson compares the sensation to opening a beer bottle with your teeth — what? Like you’ve never done that?)

Promise of the Real is an impressive first effort that showcases the group’s rich talent and musical versatility. Songs range from the rollicking “Four Letter Word” — the opener, and an album standout — to a Hendrix cover that showcases Nelson’s mastery of the guitar, to quiet ballads, like the haunting father-son duet, “The Sound of Your Memory.” Another album highlight, “Fathers & Mothers,” is a folky tribute to family that feels almost anachronistic coming from a 22-year-old rocker in a generation often accused of being “entitled.”

“The big thing we try to do is give back as much as we receive,” Nelson says. “We don’t care how much fame we get. The only reason we would want fame is so we could reach more people and bring more people together, because we all believe in a more peaceful existence.”

In May, they’ll head to Japan to help with the tsunami relief effort. Until then, they’re in the middle of a 300-date tour across the country. They’re driving Willie’s old bus, but it’s a ride the band’s made all on its own.

“We bought it from him — took over the payments for everything,” Nelson says, his light Texan twang coming through. Then they gutted the inside, installed nine bunks, and replaced a king-sized bed with a lounge, complete with PlayStation, Wii, satellite TV and sound system. “It’s pretty cool,” he laughs. “It’s home.”

Nelson, maybe more than anyone, means it when he says that.

“I really feel connected to this country,” he says at the end of our conversation. “I’ve driven through it my whole life. I’ve seen the countryside passing by me through a window, and I’ve been to almost every gas station in every little small town, either with my dad or by myself. My goal is just to be able to play in America, and be able to make a living here.”