Toad the Wet Sprocket got huge in the 1990s. But today, they’re OK with being a small indie band. 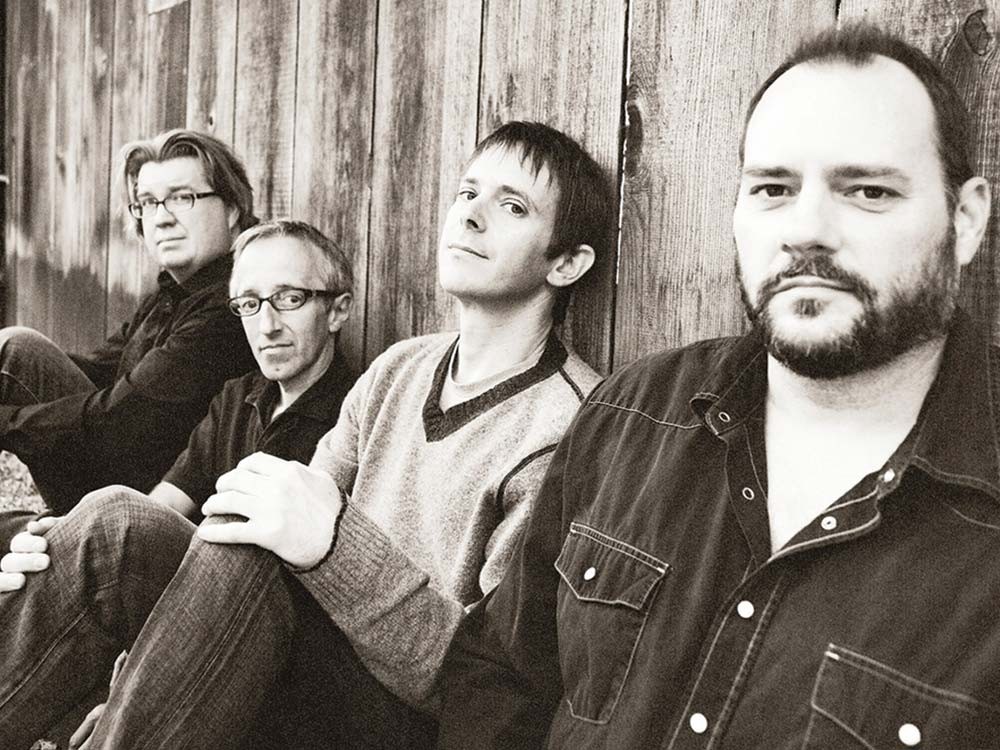 The early ’90s were a weird time in rock. And Toad the Wet Sprocket fit the era. Playing a non-abrasive brand of alt-rock, the California band had a run of modern rock hits like “Walk on the Ocean,” “All I Want,” and “Something’s Always Wrong.” The band’s lone No. 1 hit on the modern rock charts, “Fall Down,” knocked the first Green Day hit (“Longview”) out of the top spot — one that had been dominated by singles from heavier, harder bands like Soundgarden, Blur and Stone Temple Pilots.

And when Toad got knocked out of that spot seven weeks later, it was by the Offspring’s first hit, “Come Out and Play.”

In that musical landscape, when radio stations were still open-format and DJ-driven, Toad the Wet Sprocket fit in between the genre cracks, finding a loyal audience and turning out a handful of hits. It also helped that listeners still paid for music, which meant record labels were flush with cash.

Today, Toad the Wet Sprocket’s singer and guitarist, Glen Phillips, also points out that the influx of income allowed labels not only to take more chances but to be patient with artists.

“Our label allowed us to go nine months into our third record before we put out ‘All I Want,’” he says. “I feel like we worked hard and did good work, but we were really fortunate in our timing.”

Despite the band’s good fortune, the success didn’t equate to camaraderie. After years of walking on eggshells around each other, the band split in 1998. The breakup came as a surprise to fans since there was no indication of trouble brewing, but Phillips says that’s also why things have gone so smoothly since the guys got back together on a regular basis in 2006.

“We hadn’t aired our dirty laundry publicly,” he says. “And because we tried to treat each other decently, even when we didn’t get along, we were able to come back and make it decent again.”

However, being a rock band in 2011 is a bit different than it was in 1994. The Internet changed the music industry while Toad the Wet Sprocket was away.

“Stuff we took for granted as absolutes of the industry just no longer apply.”

Despite the band being gone during the Internet revolution, Phillips says they didn’t feel too shocked, in large part because he continued as a solo artist during the band’s hiatus.

“I’m very accustomed at this point to being a very small fish in a very big pond,” he says. “My level of touring for a long time has been going out in a compact car by myself, tour-managing, doing the website, the mailing list, the merchandise. Basically being a one-man show.”

Phillips says Toad the Wet Sprocket has much more of an indie band feel in the modern industry landscape, but he’s OK with that. In fact, he’s a fan of the quality of music being created now, lauding artists like Crystal Castles and Grizzly Bear.

The band’s goals now are more about personal and creative fulfillment than the bottom line. That said, Phillips and company did recently make a move in order to take control over some of their back catalogue. While the band owns their old hits, they don’t own the actual recordings of them. To regain licensable, sellable copies of the tunes (and to kick off some rust), the band re-recorded the songs for All You Want, a greatest hits album.

“It was a fun process to rip the songs apart, look at them again, and put them back together in an updated way,” Phillips says.

The band’s goal now is just to release one more record that they’re happy with, and they plan to head into the studio early next year. Toad the Wet Sprocket is unlikely to regain the success they once had, but even if they can’t be hitmakers, Phillips says the band still takes pride in finishing what they started.

“To take something back from the ashes and make it right, I believe in that.”