In search of an unconventional sport of speed and precision. 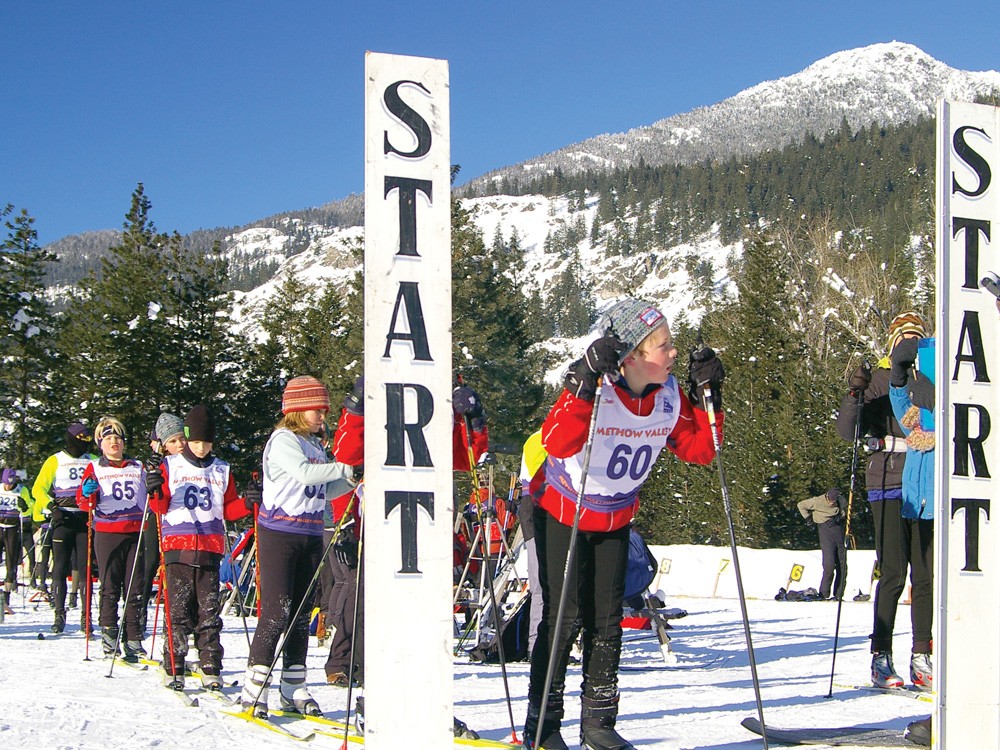 Methow Valley Photography
Methow Valley Biathlon members, of all ages, gathered under the North Cascades outside Winthrop to ski and shoot on New Year\'s Day.

There’s no lack of interest in snow sports in the Inland Northwest, even in snow-challenged years like this one. And while it may not be the fastest sport, cross-country (or nordic) skiing has carved out its own mass appeal and infrastructure in Eastern Washington and North Idaho.

Guns, too, are quite welcome around these parts. Rifles? Yes, please.

But try putting the two together — guns and skis — and you’ve got biathalon.

Welcome to the world of Aaron Scott, a medical doctor who lives in Spokane and works in Pullman. The longtime cross-country skier took up biathlon in 2002. He’d been skiing for about 12 years while living in central Oregon but had never tried biathlon.

“I grew up in a liberal household and couldn’t have guns,” Scott says. “So this was an excuse to try.”

Biathlon, as American audiences are reminded every four years by the Winter Olympics, combines the speed of nordic ski racing with the necessary precision of target shooting with low-power rifles. It’s huge in other countries, particularly Canada and Europe, attracting millions of television viewers and thousands of live spectators in non-Olympic competition.

It’s a tricky combination. Nordic skiing is an aerobic, heart-pounding workout. Rifle shooting takes measured patience. Anyone who has ever done target shooting or hunted with a rifle knows heartbeat and breathing can affect a shot.

When Scott tried the sport, it stuck — despite a few barriers. One barrier, in particular, made his new hobby difficult: There’s no place nearby to actually practice the sport.

A proper biathlon training area requires a nordic ski track and a dedicated, safe and secure shooting range. The closest one is in Rossland, B.C., two hours north.

For Scott, practicing has meant improvising. He skis primarily at Mount Spokane’s expansive nordic area. To practice shooting, he dry fires (without ammunition) in his living room or shoots in bean fields near Pullman.

At one time, though, there were hopes of a dedicated biathlon area near 49 Degrees North outside of Chewelah, says Bob Vallor, president of the Washington Biathlon Association.

But those plans fell through. Now, those involved with biathlon in the Inland Northwest have to drive to either Stevens Pass or the Methow Valley near Winthrop, Wash., to participate in events.

It’s 10 am on New Year’s Day, and dozens of biathlon enthusiasts are already gathered in the shadow of snow-covered peaks in Mazama, Wash., 15 miles west of Winthrop. It’s the end of the road, quite literally. Just beyond Mazama is the shuttered gate blocking traffic from crossing the North Cascades Highway, closed in winter.

They’re here for Methow Valley Biathlon’s annual New Year’s Blast, a race that’s as fun and educational as it is competitive.

Participants are as young as 9 and well into their 50s and beyond. In this part of north central Washington, where snow sports are king, biathlon is the crown prince.

Smith readies a board used to pin up race results. It’s an old political yard sign — the oversize kind you might see nailed to a ranch fence alongside a busy highway — cut in half. On the back are the aspirations and promises of a candidate for public office; on the front, names of people who ski with rifles on their backs.

If someone tells you biathlon isn’t a family affair, don’t believe him, at least not in the Methow Valley. Parents are cheering on their children — and vice versa.

And there’s plenty of represenation from Skip Smith’s family.

The Smith family isn’t just an active group of volunteers. Rather, they’re a very crucial component of biathlon in the Methow Valley — and ostensibly an essential part of the sport’s future in the Northwest.

Betsy is the program director of Methow Valley Biathlon and coaches the youth biathlon component of the area’s nordic ski team.

And Casey, a Montana State University student, is an up-and-coming biathlon star in his own right. He’s been racing since age 10, and in February will represent the United States in the Junior World Championships — for competitors 20 and younger — in Finland. Next year he hopes to join a professional biathlon racing circuit.

Today, competitors line up for their start, their gun barrels pointing upward to the sky.

The teenager pulls off ski pants and a coat to reveal a spandex racing suit. He clips into his skis with ease, tapping crunched up snow from the binding. He’s practiced this.

As quickly as they break from the start gate, racers barrel off the ski track and into the shooting range.

“Pip, pip, pip,” comes the pop of rifles as bullets hit metal targets downrange. Skiers don’t take off their skis to shoot. They lay on the ground, prone, and angle their skis to allow unencumbered positions.

The targets are five metal circles in a single frame. Hit the black circle of the metal target and it falls back, revealing a white circle in its place. Miss a target and you must ski a penalty lap.

The first finisher quickly comes into view and through the final stretch of groomed track, followed by another, and another.

Among the finishers is Sean Kato, a physical education teacher in Omak and assistant coach of the youth biathlon team. He’s also a board member of both the Washington Biathlon Association and Methow Valley Biathlon. He has been nordic ski racing since the 1980s but only came seriously to biathlon in 2007 and now competes regularly.

Like Aaron Scott, the doctor from Spokane, Kato recognizes the sport’s growth is hindered by a lack of good facilities at which to train for nordic skiing and shooting at the same time.

The WBA and MVB have branched out to hold summertime events that replace skiing with either running or mountain biking.

“Someone suggested we do a snowmobile-shotgun biathlon and use clay pigeons,” says Skip Smith with an ear-to-ear grin.

“I’d sign up for that,” pipes a nearby parent.

Perhaps a good amount of Inland Northwest residents would, too. 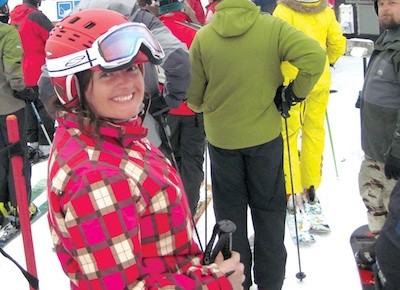