Diary of a Slammer

Inside the creation of a film for the 50 Hour Slam 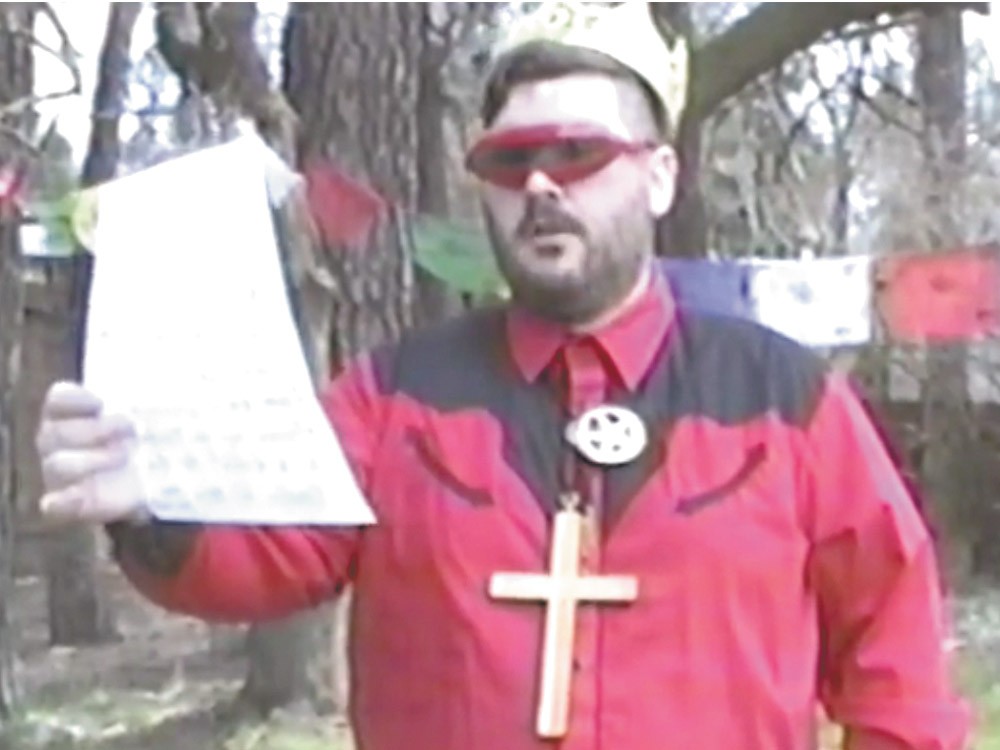 Editor’s note: Last month, we tapped local actor, filmmaker and comic Aaron Fink to document his experiences preparing a short movie in just the 50 hours allotted for the Inland Northwest Film Festival. The following are excerpts from his diary during the creation of his team’s outlandish (and intentionally nonsensical) film, “Hunger Gamez,” which to the filmmakers’ surprise was announced as one of 16 finalists in the contest.

Once again, the 50 Hour Slam is upon us, and once again Cool Dude(s) Productions has reunited. This year, in addition to myself, Dan Anderson, and his dog, Poppo, we have a new addition: our friend Rob Paine. While this is only the second 50 Hour Slam, Dan and I have previously entered a handful of similar video contests and subsequently placed close to last, if not dead last, in all of them. Each year we choose to make movie parodies on VHS. While it’s an aesthetic choice we tend to enjoy, rarely do the judges share the same sentiment. So, we’re pretty comfortable with the fact that most people don’t think we’re funny.

Dan, Rob, and I meet up at the Magic Lantern to hear this year’s guidelines. We are told we have to shoot on location at one of Spokane’s historic buildings, we have to incorporate the number 50 into our submission, and we have to use a poem by a local writer as the theme.

We attempt a planning session, but end up focusing more on eating burritos and drinking beer. I suggest we do a Hunger Games parody. They seem somewhat indifferent. I tell them it will be funny and to trust me. They don’t really, but we’re all too sluggish at this point to debate. We plan to meet up at Dan’s house at 10 am the next morning.

We finally meet at Dan’s house. A plan slowly starts to materialize. Poppo will play the lead. I will play the love interest. Dan and Rob will play a bunch of other characters. All the acting and shooting will be sloppy and awkward, and we will shoot the entire thing in Dan’s back yard, other than the one required location. Our intention is to create the feel of a bad home video that we might’ve made when we were kids, but since we’re all kind of silly-looking grown men, it should be funny.

Still, no one is totally convinced of this.

We compile all of our costumes. I’ve amassed a considerable collection over the years, but they’re mostly dirty and smell weird, so no one is super-excited about that. But once we all have gross costumes on, inspiration abounds, until the contractors that are remodeling Dan’s bathroom show up. He forgot to tell them we were shooting, so it gets kind of weird for a moment, but they are more than happy to leave.

We finish shooting at Dan’s and cruise to the Masonic Center for our last shot. Shooting went quicker than expected so we decide to celebrate with more burritos and beer

We start editing. It’s a cumbersome process, and by our second rough cut we all feel that our video is really stupid. Like, in a bad way

We call it a night.

We meet up for one last editing session. Rob composes the score. Once the music is in, it really starts to come together. We finally get what we were hoping for. It’s complete, and it certainly is stupid, but in a good way, at least to us.

We turn in the final video and paperwork with time to spare. It’s a relief, and we’re pretty confident that we’ve got a lock on at least second-to-last place this year. A celebratory round of burritos and beer soon commences.