You Can Track a Tiger By its Turd

And four other lessons we learned from local schools this year

Lisette Waits has one of the coolest jobs in academia. For more than 15 years, the molecular geneticist’s research has allowed her to study grizzlies and brown bears from Alaska to Yellowstone, from the Pyrenees to Scandinavia. She’s tracked marmots in the Alps, jaguars and puma in Belize. Next semester, she’ll head back to Costa Rica to hunt for bats. 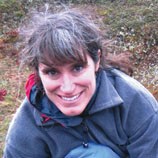 All of this because she’s one of the world’s foremost experts on one very important thing: animal dung.

Waits says she grew up in Georgia watching marine explorers Eugenie Clark and Jacques Cousteau and telling her elementary-school classmates that she was going to get a Ph.D. someday.

She achieved that at the University of Utah in 1995 and then moved to Grenoble, France, to do post-doctoral work. It was there that she picked up on a new technique for tracking animals that was just then gaining acceptance in the scientific community: non-invasive genetic testing.

It’s “kind of like CSI,” Waits says. Essentially, you just collect an animal’s scat or hair or saliva, take it back to the lab and run DNA tests on it.

And once you tease out the genetic fingerprint for each animal in a given area, you can start to track all kinds of things: population sizes and movements, genetic diversity and connectivity, who’s breeding with who, etc.

It sounds simple, but until fairly recently, it wasn’t technologically possible. Until now, scientists have had to make do counting tracks or scratch marks (unreliable, inaccurate), actually capturing and tagging animals (difficult, dangerous), counting populations from airplanes (even more dangerous — “More wildlife biologists die in airplane or helicopter accidents than we’d like to think about,” says Waits), or just taking pictures (which is good for distinctive, spotted animals but practically useless for plain-looking animals like cougars or wolves).

Not only are all of these approaches tricky and sometimes unreliable, but none of them reaps the bounty of information offered by non-invasive genetic testing.

Waits is one of the pioneers in the field, so when scientists, governments, or wildlife preservation groups need help studying the local fauna, she says, they often come to her.

Such was the case with Kanchan Thapa, a Nepalese biology student at Virginia Tech. Thapa wanted to track the population of the endangered Bengal tiger in his native country, but Nepal doesn’t allow genetic samples from its great biological treasures to leave the country, so in 2010, he showed up at the University of Idaho.

The following year, Waits and a collaborator at Virginia Tech, Marcella Kelly, launched a program in partnership with several government and non-government organizations to take a little bit of Idaho to Nepal. The program, funded by USAID, is helping to build a sustainable genetics lab in the country, complete with the equipment, staffing and knowledge necessary to track one of the world’s most elusive predators.

In October, Waits got her first chance to check up on the project.

Flying into Kathmandu, she taught a three-day workshop on conservation genetics before heading to the massive Chitwan National Park, the tigers’ main habitat area, where she stayed in a safari tent and helped launch the program.

“And in Nepal, when you start a new project, they have this traditional lamp-lighting ceremony,” she says. “That was really fascinating.”

Waits spent two weeks in Nepal in the fall and returned for another two-week expedition in March to check in on the progress made since her last trip. The guards had picked up plenty of samples in that time — more than they even expected to — and lab technicians had weeded out the leopard DNA from the tiger DNA. Waits then trained the technicians not only to identify which DNA was tiger, but which DNA was, for example, Tiger 1 and which was Tiger 8.

She says they still don’t know yet how many individual tigers they have on their hands, but they’re now working on a way to plot their results on a map. “That can be used, particularly, for the park guards, who are helping us collect data, so they can kinda see more in real time instead of waiting and wondering, ‘When are these geneticists ever gonna get answers back?’” She thinks that, ultimately, they could turn a tiger turd on the jungle floor into a point on a Google map in as little as a few days, thus providing the world with a raft of information about Bengal tigers that we’ve never had the tools or know-how to discover.

Waits smiles real big sometimes when she talks about her work — a hint, maybe, of the childhood Cousteau fan. She acknowledges that she’s lucky.

But, she says, in all her work in Nepal, she still hasn’t seen a tiger.