LECTURE — The History of Now 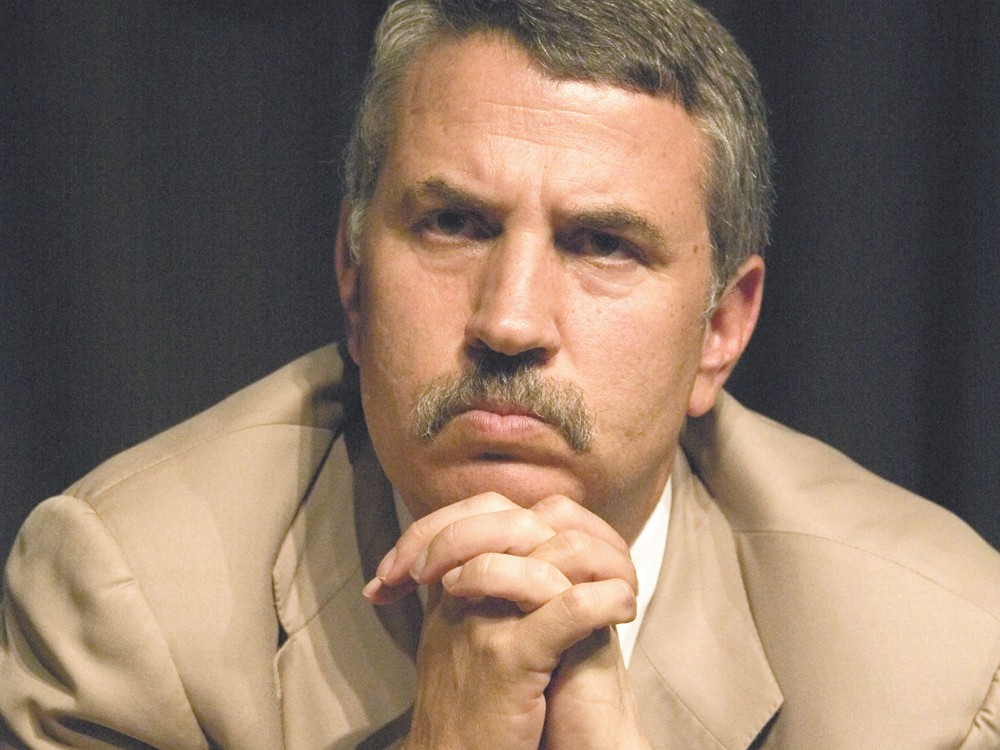 Thomas Friedman: Just thinking about how to save the world.

We don’t really have celebrity “thinkers” in our society — other than maybe Neil DeGrasse Tyson, and he’s more of a comedic astrophysicist than an idea man. Perhaps the closest we can get in American culture is Thomas Friedman, the New York Times columnist who attracts a doting audience whenever he opens his mouth or moves his pen.

The author of six books, in addition to countless pieces for the Times, Friedman has not just addressed issues like runaway globalization, climate change and foreign policy, he’s also proposed easy-to-understand solutions. He’s a rare do-er in a society of bitchers.

Before his appearance at Gonzaga this week, here’s a cheat sheet to get you up to speed with all those allegedly brainy Friedman friends of yours. Really though, you should give these a read.

That Used to be Us: How America Fell Behind in the World It Invented and How We Can Come Back (2011)
Along with his fellow foreign policy guru and coauthor, Michael Mandelbaum, Friedman dives into the four big issues that need addressing: globalization, information technology, the United States’ deficit problem and energy consumption. The two authors attack the problems by looking at our history and how we can take the next step.

Hot, Flat, and Crowded: Why We Need a Green Revolution - And How it Can Renew America (2008)
This mega bestseller proposed what some may find a radical idea — the way to protect America’s national security, natural resources, foreign interests and financial state is to lead the charge in eco-friendly innovation. That seems far fetched — until you take a look at Friedman’s believable plan.

The World is Flat: A Brief History of the Twenty-first Century (2005)
Now in its third edition, this book — which boosted Friedman’s appeal from newspaper columnist to groundbreaker — describes the “flattening” of our planet: the process by which the world is becoming more connected, more advanced and, in turn, more competitive.