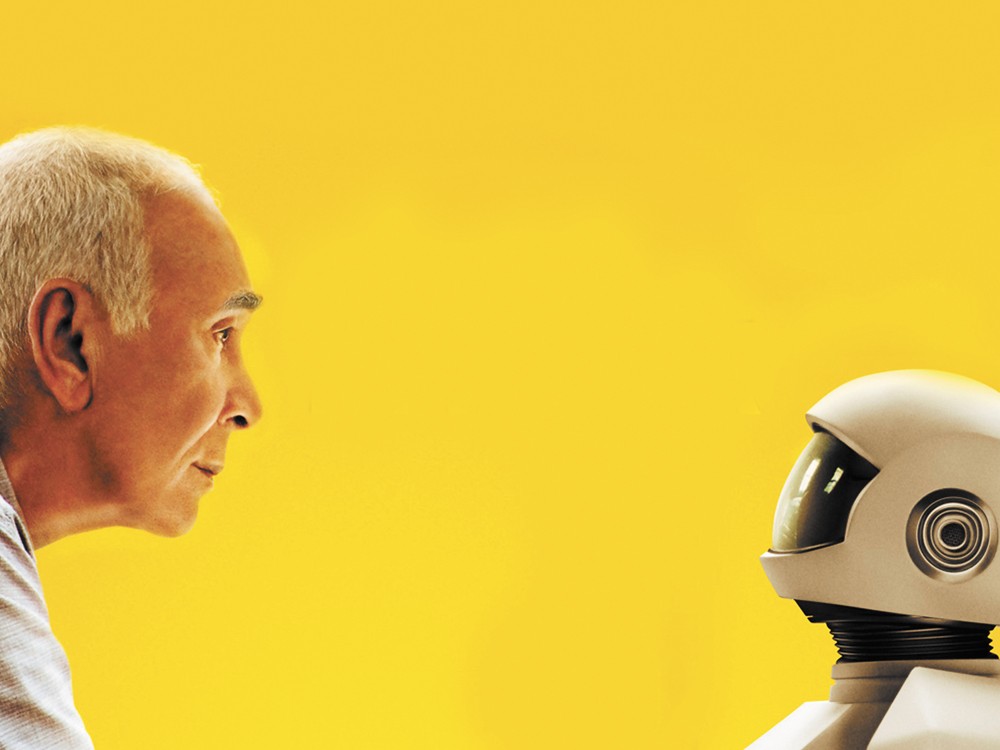 The future is now.

Here’s what we know about robots: They build cars. They don’t have feelings. When they appear in movies, they are often trying to kill someone.

There are the obvious exceptions (Wall-E, Batteries Not Included, Rocky IV), but by and large, movie robots are kind of a-holes. Even C-3PO is pretty much a dickhead. We’ve been told by countless futuristic films that in a few years robots are going to be everywhere, and we better just get ready for them to kill us.

Robot and Frank is set in the “near future.” How far into the future is uncertain, but it takes enough years from now that a hell of a lot of people have time to go out and get themselves a robot. But where this film — the first feature by director Jake Schreier — reinvents the cinematic notion of the robot is in the fact that it features an endlessly likable, non-homicidal robot in a leading role.

Frank, played by living legend Frank Langella (Frost/Nixon), is a retired jewel thief who is falling deeper into dementia by the day. His family tries to make appearances here and there to keep him in line, but things aren’t getting better for Frank as he continually shows up at the former location of a diner that’s been closed for years, hoping to sit down for lunch.

Frank’s rich son, an excellent James Marsden, decides he needs a robot helper, which he drops off one day. Immediately, Frank goes looking for the robot’s off switch. This robot looks like a midget in a space suit and speaks in the soothingly calm but creepy voice of Peter Sarsgaard. So yeah, it’s basically the coolest robot ever. Soon, Frank realizes the robot is good at things like picking locks and other criminal activities, so they team up for a string of robberies.

Make no mistake, this is a buddy film. Langella and the robot have excellent chemistry, leading to plenty of aren’t-robots-hilarious laughs. But the film is laced together by the underlying fact that Frank is in a losing battle with his memory. Sure, the robot helps, but the faces of his family are becoming harder to recognize by the day. It’s all quite sad, but thankfully, that’s where the robot comes in.

Because, as it turns out, not all robots are trying to kill us in the future. And we can take some comfort in that.