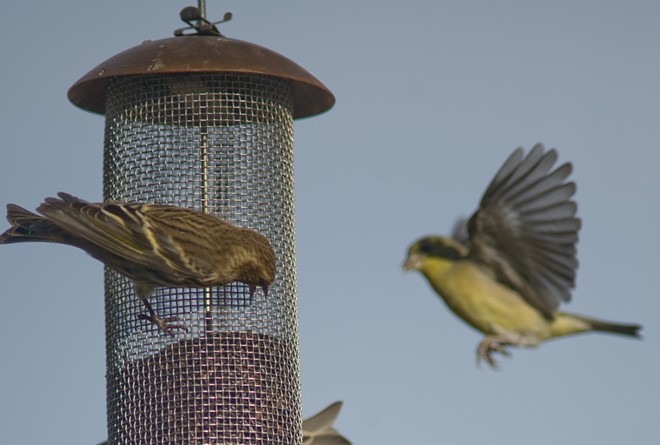 A salmonella outbreak linked to contact with wild songbirds and bird feeders has sickened 19 people across eight states, eight of whom have been hospitalized, federal health authorities said.

The Centers for Disease Control and Prevention said it was investigating salmonella infections in California, Kentucky, Mississippi, New Hampshire, Oklahoma, Oregon, Tennessee and Washington state in people ranging in age from 2 months to 89 years old.

Six cases were reported in Washington and five in Oregon. No deaths have been reported.

To prevent further cases, the CDC recommends cleaning bird feeders and bird baths once a week or when they are dirty. People should avoid feeding wild birds with their bare hands and should wash their hands with soap and water after touching a bird feeder or bath, or after handling a bird.

In California, where three human cases have been reported, the state’s Department of Fish and Wildlife warned of an outbreak in February and reported that it had been “inundated with calls” from Californians who had discovered sick or dead finches at bird feeders.

Andrea Jones, director of bird conservation for Audubon California, said the state had found that most of the birds affected by the outbreak were pine siskins, a finch species that spends the winter in California.

Sick birds can often look weak or lethargic, or may appear to be struggling to breathe, Jones said. She added that most birds die within 24 hours of being infected by salmonella.

Many pine siskins are now leaving California for Canada, Jones said, adding that she hoped the outbreak might be nearing an end.

Salmonella bacteria can spread from birds to pets and to humans.