From the Wheels Up

It may take a year, but Spokane will have a hip mobile coffee truck 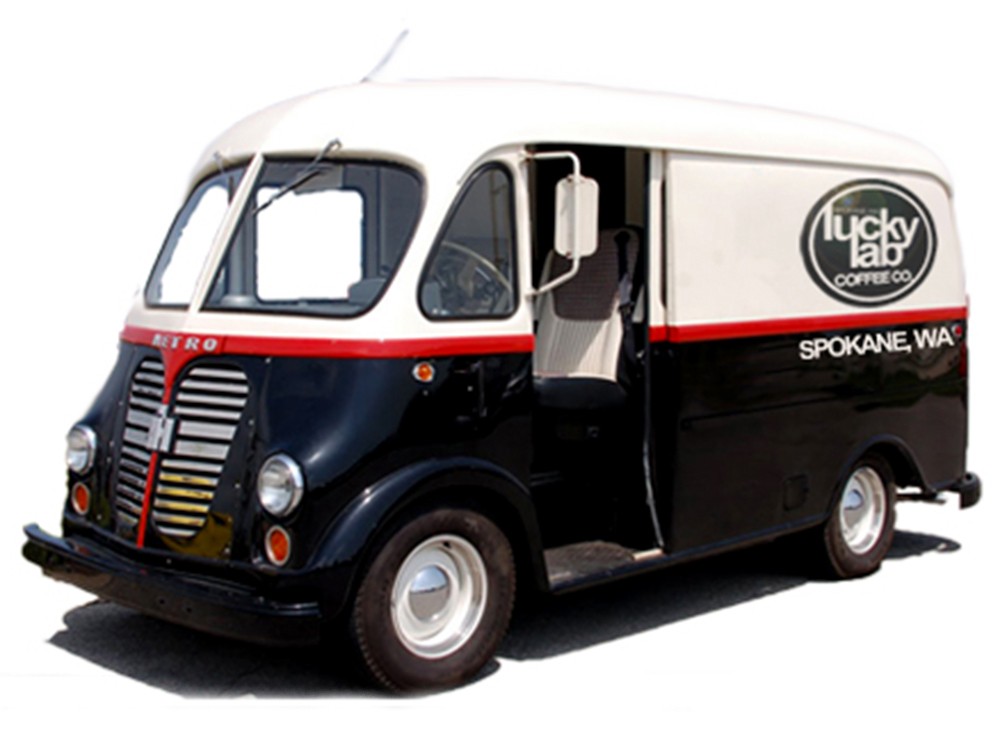 Ellee Mae barks in the background as Ron Lunan and his wife, Courtney Hutton, talk on the phone from Maui. Ellee Mae is one of the couple’s four “kids” — three Labradors and a golden retriever — that were the inspiration for their latest venture, Spokane’s first mobile coffee truck.

The truck, Lucky Lab Coffee Company, is still a year out from rolling the streets. The idea was birthed the first day of January when Lunan and Hutton decided to move forward with the concept that would embody the three things they love: dogs, coffee and an entrepreneurial spirit.

“We wanted to draw upon the people who could see our vision and really put together a plan that included as many Spokane folks as we could,” says Lunan, a technology entrepreneur who founded Visible Technologies.

What’s next is finding a roasting company, an animal rescue to donate to, and creating a Kickstarter video to generate funds for the truck. The truck will be the culmination of all of the work, but they hope the real gem will be the coffee.

Lunan and Hutton work from their home on the South Hill and travel all over the country, always trying to buy the best cup of coffee wherever they are. Their goal is to get people to rethink coffee, enjoying it for what it is, instead of guzzling it for the buzz. Their focus will be each cup of joe — darker and fuller than its burnt coffee chain counterparts.